The Peculiar Case of Belief-Disassociation

The U.S. is becoming less religious—however, humans have always been incurably curious creatures. Whether it’s about our own thoughts, the actions of others, or our surroundings, we’re unable to resist reflection. And virtually all cognition is powered by an assortment of beliefs.

While it seems obvious to many that not all beliefs are created equal, there are those—namely, atheists—who oversimply the linguistic nature of the word “belief” to emphatically state “I don’t have beliefs.” This article briefly examines how the motivation to distance demonstrated belief (i.e., empirical-based belief) from unsubstantiated belief (i.e., religious belief) results in a huge exaggeration.

One of my first encounters with this aversion to beliefs was last year when I interviewed Troy Boyle, former president of the now defunct National Atheist Party. In the interview, Troy affirmed:

“As an atheist, I don’t have any beliefs. I know something, or I’m comfortable not knowing something. I don’t fill the void with beliefs. I don’t use belief as a method of understanding things.”

I don’t say this to malign Troy. Despite me not always agreeing with him, as the case is here, I find his candidness a refreshing quality I wish more people possessed. However, this claim represents a trend I’ve recognized within pockets of the secular community.

An individual’s prejudice cross-pollinates with what they accept as standards for judging forms of knowledge and truth claims. I’ve engaged several who clung to this theory of absolute non-belief—or belief-disassociation. Upon clarification, some qualified their statements by saying they were really referring to beliefs with insufficient evidence. Still, there remained some steadfast in their belief that they possessed no beliefs whatsoever.

People who imagine they exist beyond any form of belief pervert the meaning of the vast term and relegate it to a box they can then toss into the corner to point at and mock.

In reality, it is impossible to function in life without the rich nuance of beliefs we employ daily. Beliefs are a foundational chunk of conscious thought. At the base of our agreement or disagreement to virtually any idea is belief functioning as a propositional attitude. Without belief, we wouldn’t even be able to form opinions. So for an atheist to say they don’t hold any beliefs is a peculiar stance that cedes too much linguist ground to theists.

No amount of sophisticated rationalization or word substitution—like exchanging the word “think” for “believe”—could absolve what one regards to be true from any involvement with belief. Atheists must evolve beyond thinking “belief” is a dirty word, as if it were contaminated by its frequent connection with religious or other dubious beliefs.

Belief is associated with knowledge. The most commonly accepted framework for understanding what the idea “knowledge” even mean is by its Platonic definition: “Justified true belief.” Additionally, Bertrand Russell (philosopher, logician, atheist) refers to knowledge as being a trustworthy belief.

For decades, epistemology textbooks have presented some version of the justified-true-belief conception of knowledge. This isn’t done out of tradition but because epistemologists that specialize in this branch of philosophy understand knowledge is a species of belief.

What is your political affiliation and why? How do you define consciousness? Is it morally justifiable to eat animals? Did Jesus exist? What are your thoughts on immigration? Should we legalize euthanasia? Do you agree or disagree with abortion? Whether or not you choose to use the word belief, your answer to any of these is intertwined with belief.

At most, humans attain only glimmers of the objective landscape, and these are the things we refer to as “facts.” Stephen Jay Gould once said, “In science, ‘fact’ can only mean ‘confirmed to such a degree that it would be perverse to withhold provisional assent.’”

Though its conclusions are filtered, even the scientific method can’t escape belief. When it comes to scientific skepticism, we believe in the legitimacy of a proposition due to a battery of tests yielding similar results. An occurrence is observed or a question is asked, we hypothesize about the matter and, if it holds up to falsifiable examination, we believe (“accept” or “trust”) the preponderance of evidence as being attuned with empirical reality.

This is how we science: attempting to align our beliefs (or “knowledge base”) as best as possible with a foundation of information that is as consistent as possible.

Beliefs backed by scientific data are indeed beliefs. This includes evolution, which is both a scientific theory and a fact. However, as philosopher Neil Van Leeuwen’s work suggests, religious belief is not the same as factual belief. In Are Factual And Religious Belief The Same?, NPR’s Tania Lombrozo highlights Leeuwen’s research that distinguishes fact-based beliefs from religious-based beliefs. The story shows two key things: One, that these kinds of beliefs have different causes as well as different cognitive and behavioral effects. Two, that both are in fact two kinds of belief.

Again, although I note that we all have an abundance of beliefs, I don’t subscribe to the notion that all beliefs are comparable. Aside from Leeuwen’s work, there is neurophysiological evidence that religious conviction is marked by diminished activity in the anterior cingulate cortex. This portion of the brain, beyond regulating heart rate and blood pressure, is involved with rational thinking functions.

Back to epistemology for a moment. The problem—other than this “I don’t have beliefs” position is misconceived—is that it misrepresents the real issue when discussing the justified vs. unjustified belief dilemma. The matter isn’t that one side relies upon belief and the other does not. The problem is that both appeal to two diverging kinds of criteria for truth claims.

Translation: Ultimately, atheists and theists disagree about epistemological principles and what does and does not qualify as justified beliefs. Failing to see this will continuously result in disconnect.

For those who engage others with opposing beliefs, adhering to the mistaken attitude of belief-disassociation can contribute to divisiveness. Theists generally value the “substantiation” of faith (i.e., inward apprehension of an intangible realm) linked with intuition, religious-based revelation and traditions usually accepted uncritically. Atheists tend to value empiricism, naturalistic rationality and the null hypothesis (at least when it relates to the god hypothesis). So then, both “sides” possess beliefs, it’s just that each tends to ascribe legitimacy to two polarized forms of proof.

We all have our own set of beliefs that are informed by our unique subjective experiences. Said beliefs also conform to whatever knowledge (or lack thereof) we possess. Some of these beliefs may be sound, some not so sound, and some may be in dire need of revision. Whether or not the beliefs we hold are adequately substantiated is another discussion altogether. 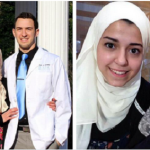 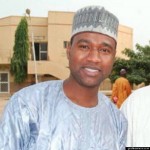 February 18, 2015 African Apostasy: How It Disenfranchises, Disrupts Family Ties & Endangers Lives
Recent Comments
0 | Leave a Comment
Browse Our Archives
get the latest from
Nonreligious
Sign up for our newsletter
POPULAR AT PATHEOS Nonreligious
1