What Does “Being a Man” Mean to You?

This updated article was first published on The Good Men Project.

I am still in the process of learning what it means to be a “man” in the sense of unlearning attitudes adopted from an early age that reinforce ideals of masculinity that are harmful to women as well as self-denigrating to men.

By no means do I consider myself an expert when it comes to addressing traditional notions about manliness that sometimes range from confusing to absurd. I understand that heightened awareness of my male privilege doesn’t preclude all expressions of habituated sexism and like biases, much to my own chagrin.

A motto of mine illustrates the necessity for tenacity regarding this subject: There is no progress without confrontation. This is why, whether I’m addressing others or conducting inner monologue, I go out of my way to encounter opinions or demonstrations of “toxic masculinity”, either by brief corrections (“Don’t say that”) or Socratic inquiry (“Why do you say that?”).

So: What is toxic masculinity? I define it as patterns of belief which build, promote and reinforce a particular code of manliness (“This is what it means to be a man!”) that either contravenes natural predisposition or is, in some way, adverse to the perpetrator and to all those subjected to its manifestation. They are preposterous, patriarchy-induced ideas stipulated by a feedback loop long ago established by archaic mentalities, and oftentimes uncritically accepted as valid truths due to the insidiousness of normalized thought.

Among other common examples, “to be a man” slyly encodes men-are-rocks and fanatical heterosexism impressions that produces a resentment of affection and even homophobia or transphobia as byproducts. “To be a man” fuels the perceived virtue of boys/men glorifying sexual conquests while hypocritically extending pessimistic assessments of the promiscuity of girls/women (and lambasting female sexuality, in general).

We are told “real men” do not or should not cry, despite biology dictating otherwise. This is an odd, more recent social convention, as the annals of human recorded history and literature highlight many cultures that saw tears as signs of manliness, integrity and genuine concern for when tragedy strikes.

Likewise, we are encouraged to be a certain kind of strong – a “virtue” that attempts to dull inborn inclinations and infuse into the male ego a hyperextended form of Stoicism that repudiates sensitivity and vulnerability, declaring both undesirous and exclusively feminine. This is problematic for all the obvious reasons (hint: we’re not robots), but also due to inconsistency. We must be strong and not show emotions, but special pleading makes allowances for ample expression of anger.

We are told “real men” aren’t really ever victims of abuse, and those that would dare to speak about instances of abuse they endured are shamed. A byproduct of this ridiculous idea is conveyed in the double-standard of school girls who are preyed upon by male teachers being seen as obviously wrong and repugnant; yet, when the scandal involves school age boys and a female teacher, the boy is commended, men comment in approval and even express dissatisfaction with not being able to “accomplish” such a feat when they were in school.

From a very early age, boys (and girls) are trained to believe a lack of a particular style, velocity or force in the way one eats, walks, runs, exercises, shoots or throws a ball is to be equated with femininity. The problem is there isn’t anything at all inherently wrong with feminineness.

For example, the word “pirkish” has absolutely no meaning until I express state it’s an insult and declare, “It’s a bad thing—you don’t want to be this thing.” Likewise, terms like “don’t be a pussy” and “like a girl” are levied with the purposeful intent to evoke an imagined negative connotation, to pejoratively (and incorrectly) conflate the feminine with ideals of frailty and inferiority.

Imagine how this implicit alienation and disgust with the feminine makes girls and women feel. Imagine, too, the psychological effect this type of heckling has on boys and men: It shames those who cannot compete at the level deemed appropriate for “manliness” and also tacks on extraneous pressure and angst onto those who can compete with the ideal vigor. The premise causes men to disassociate from the ideal of femininity and brings unmerited indignity to women.

This sentiment, in turn, acts as a microcosm of the patriarchal elitism that develops further down the road with androcentric aspirations. With these kinds of distorted attitudes ingrained into socialized culture, is there any wonder why there is a tendency for men to hold and display inequitable or unfavorable views of women?
Men generally fear being emasculated, so those that would combat the tide of the sexist status quo sometimes hesitate or abstain from the fray so as to not be labeled a gender traitor (think “race traitor”, but pertaining to the realm of masculinity and femininity).

Make no mistake: The whole idea of a “real man” girded by any of these alleged values is a sham façade, a set of ideas unjustifiably exalted and adhered to by creatures fully equipped with the rationale to know better.

Still, despite whatever fond intentions I may have, I acknowledge I will yet fall prey to opinions or interpretations of any given circumstance through a veiled lens, courtesy of unsolicited conditioning like the examples given. This reminds me to “check myself” and to also seek counsel from women, who offer a perspective that men have no access to without their help.

I desire to be a catalyst for change. In order to do this, it requires one to actively hush preconceived notions so that they do not browbeat contradicting perspectives. It also takes a concerted effort to observe a moratorium on defensiveness that arises from being told that what you believe to be true (read: the proposition you’ve taken for granted) may be deeply mistaken.

Complimentary to this aim is to dutifully listen to women, the group usually on the receiving end of toxic masculinity. Without these kinds of considerations, there’s a good chance men will continue to be both constrained by and continue on with harmful systems of belief.

When one stops to reflect–away from the masses, away from the bombardment of media and like mediums–it is quite an undertaking to answer within oneself: “What does it mean to be a man?”

Knowing the pressure and ritualized concepts of masculinity at play, and understanding that most all men must unlearn and relearn more proper ways to view women and themselves, I consider manhood—at least my own—a work in progress. 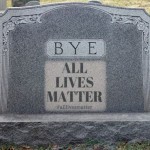 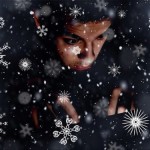 Tim Keller Pushes the Myth of...
Roll to Disbelieve
Related posts from Notes From An Apostate

Nonreligious
Special Snowflake Syndrome: Examining Why Men Persist in...
Notes From An Apostate 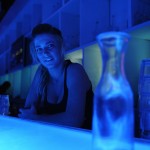 Nonreligious
Leveling Up From Village Atheism -- A Dialogue...
Notes From An Apostate
TRENDING AT PATHEOS Nonreligious