Get updates from Occultural Context delivered straight to your inbox

One of the last concerts I attended here in Chicago, in the Before Times (January 2020), was for the Danish group Heilung. I had scored a last minute ticket to the sold-out show, and while I had been unfamiliar with the band’s music on the whole, I was aware of their reputation for ritual spectacle and elaborate stage shows. I was not disappointed. I found the experience fascinating, though I was somewhat surprised to learn of the significant numbers of aggressive dudebros who had apparently converted to heathenry, shouting “Hail, Odin” and barking at random moments during the show.

Even as a Pagan, I’ve only ever been tangentially knowledgeable about Norse traditions, let alone music. My interest in European traditions has always been more Celtic than Norse, though I know historically the two are very mixed. My own personal practice does incorporate the use of runes and a certain bit of study of the Elder Futhark, but that’s as far as it goes, really.

However, I certainly have an outsider’s appreciation for the Nordic paths and appreciate those who follow them, at least those who are able to do so while eschewing the unfortunate white supremacist associations. And with the recent insurrection, where once again, the racist appropriation of Norse symbols was in the news, the importance of making those kinds of distinctions is more important than ever. Similarly, unlike many fans of the recent Norse music scene, I do not come from a metal background: heavy, death, black, or otherwise.

The closest I’ve ever come to being a fan of that style of music was my roots in the industrial scene, in the late 80s and early 90s, when I lived down the street from Wax Trax Records and regularly attended concerts by the likes of Ministry, KMFDM and Skinny Puppy.

Rather, my interest in this kind of music comes out of a certain gothy atmospheric corner of the post-punk scene, when I used to idolize bands like Cocteau Twins, Xmal Deutschland, and Dead Can Dance, later following the latter group into its eventual “world music” persona. One of my most cherished concert memories was, somehow, scoring backstage passes to Dead Can Dance’s Spiritchaser tour in 1996, and having the opportunity to talk music and magic with Brendan Perry and the rest of the band (though sadly, Lisa Gerrard had already left for the hotel, so I never did get to meet her). I had tickets to see their 2020 tour, which was postponed to 2021, then 2022, so I’m pretty sure they’ll be my first major concert once the pandemic is over.

All of this is to say that when I discovered the Norwegian group Wardruna, and its leader Einar Selvik, primarily through their participation in the “Vikings” television show, I was set up to be hooked. On the whole, I’ve appreciated Wardruna’s albums on a different level than I do Heilung. While Heilung’s stage show is incomparable, and from a performance AND ritual perspective, their presence and sound are utterly compelling, if I had to choose which of the two groups to listen to at home, it would be Wardruna, hands down.

In contrast to the intense theatricality of Heilung, I feel that Selvik’s work with Wardruna is more accessible, powerful and emotional. I especially was drawn to the fact that the band’s first three albums are essentially a trilogy that explore the entire Elder Futhark sonically, dividing each album into roughly eight runes as well as some connecting themes.

These albums are replete with the sounds of nature – running streams, winds, sounds of crows and wolves – combined with percussion made from trees, stones, and bones, as well as unique Norse instruments, some Selvik built himself based on research, whose sounds hadn’t been heard in hundreds of years. Wardruna’s latest album, released just a few weeks ago, is “Kvitravn,” which translates to “white raven.” The accompanying video for the title track is stunning, as Selvik takes a shamanic journey through the natural landscape in search of the elusive white raven that will give him insight.

The song’s lyrics, translated here from Norwegian, depict what could be the deity Odin himself on a search for wisdom, but could just as easily be any human on a sacred quest. At a prominent point of the song, the raven responds in an echo, embodied by the haunting voice of vocalist Lindy-Fay Hella, but she disappears just as Selvik begins to follow her:

Lend me a feather

I will turn it into white wings

Let us fly, wide on winds

With hunting minds and sorcerous songs

Let me espy, in fumes of fog

Teach me the song

That finds you…(response: that finds me)

Will you watch over me throughout my time?

Chanting-crow gave me the song

Selvik’s lyrical work throughout Wardruna’s five albums consists of bits and pieces from Norse sagas, epic poetry and original lyrics, weaving a tapestry of old and new, as with the music. In interviews, Selvik makes it clear that he is intentionally creating something unique, not just evoking the past. Selvik himself takes a somewhat academic approach to his work, with in-depth research that he has shared in lectures around the world.

But Selvik makes it clear that he’s not primarily interested in rec0nstruction. In a 2018 interview, he claims his overall project is not to make “Viking music” as such but to use “old tools,” including the ancient poetry, sounds and instruments, to make something new. Rather than reframing Nordic themes and language to a modern setting, as Scandinavian metal bands have done for decades, Selvik wanted to ground those themes in a context more conducive for personal gnosis, connecting to a Pagan, animistic drive he considers universal. Nowhere is this process more demonstrable than in the previously cited lyrics for “Kvitravn” which describes a journey both epic and deeply personal.

Further, in describing the rune trilogy of the first three Wardruna albums, he wants to locate the listener in a nexus of relationships between the individual, language, nature, and spirit that the runes represent. Selvik makes a clear distinction between what he sees as the universalism of Paganism and what he describes as the “ethno-centrism” of monotheistic religions like Christianity.

Given the ongoing discussions about race identity and Nordic traditions, that distinction might seem counterintuitive. But Selvik is crystal clear that his perception of Norse culture is not based on a romanticism for racial purity. Rather, he sees Wardruna as part of an overall project to reclaim Norse culture from the far right. This is especially salient given that a controversial former band member from Selvik’s days with the Norwegian black metal band Gorgoroth was also a Wardruna member at one point.

But Selvik is determined to separate his music from views based on ethnicity. In a 2016 interview with Vice, translated from Norwegian, Selvik claims:  “It is very convenient to live far from the origin of a tradition, claiming it for yourself and focusing on ethnicities rather than nature. At the same time, nature has shaped culture. I would much rather be a blót with a Spanish person who gets it than with a Norwegian who does not get it. If you are stupid, you are stupid. It does not matter if you’re descended from any Viking king.”

Unfortunately, artists who work with Norse themes and traditions must constantly confront these racist associations. During the 2019 Heilung tour that I attended, an incident in New York was reported, in which a Black woman attending the show was harassed by white fans, prompting the band members to release a statement on Facebook:

“Apparently some people attended our ritual with the idea that Heilung is only for white people. This is not the case. Heilung is for ALL people, regardless of the color of the skin. And we are sorry that this happened at our show. We do not tolerate hate speech and racism. Anyone trying to fit the band into a political agenda of any sort has clearly not understood what Heilung is about. That includes but is certainly not limited to white supremacy. Heilung is none of it, and will have none of it. We do not tolerate display of divisiveness and hate in the audience at our rituals. Heilung is about something much older than today’s politics, which is why we do not include modern topics in our works. Heilung is about what brings us together. It’s about what we have in common, not what divides us. Heilung is about spirituality, history, nature and that one great being, that was always there, before people lived and named it.”

Given the pervasiveness of white supremacy and all the ways that subtle right wing notions pop up in Pagan traditions associated with a specific land, is such a message eschewing a connection to contemporary politics enough? I’m not sure.

But I do know the power of personal journeying through the work of artists like Einar Selvik, especially on Wardruna’s latest release “Kvitravn.” This album, in particular, seems to create a more hopeful quest for the listener, building from the early strains of “Synkverv” (turn-sight) to the transcendent choral work of the final track, “Andvevarljod” (Song of the Spirit Weavers), which is a prayer to the Norns, the women who administer fate in Norse mythology.

I highly recommend you take the journey. 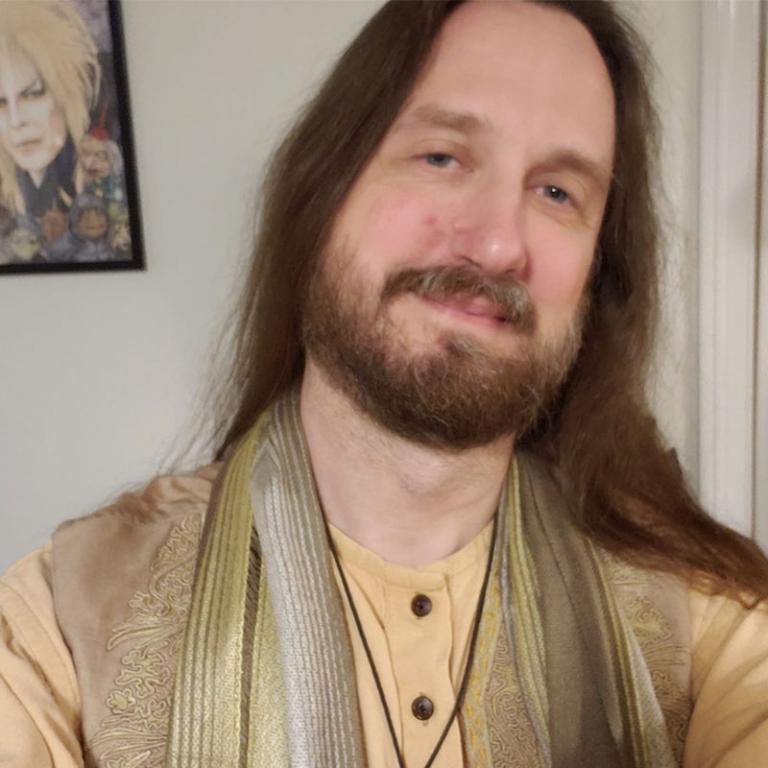 About Jason Winslade
Jason Winslade, PhD is a scholar of media, religion and performance studies residing in Chicago. He has taught courses on occultism and popular culture and media for over 20 years at the collegiate level, and has published essays and book chapters on topics such as "Buffy the Vampire Slayer," occult comic books, Pagan festivals, and reality TV. He is also a ritualist, musician, drummer and producer of live music and global fusion dance events, and is the co-host of the Pop Occulture Show on YouTube. Follow me on FB and IG @popoccultureshow. You can read more about the author here.
Previous Post 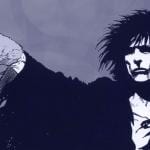 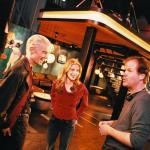 February 10, 2021 Once More with Feeling (?): The Legacy of Joss Whedon
Recent Comments
309 Comments | Leave a Comment
Browse Our Archives
get the latest from
Occultural Context
Sign up for our newsletter
POPULAR AT PATHEOS Pagan
1 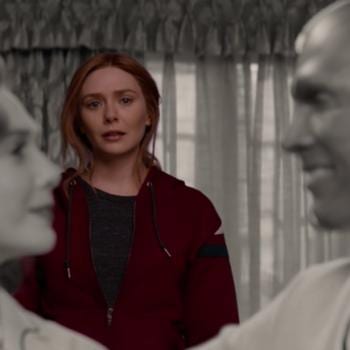 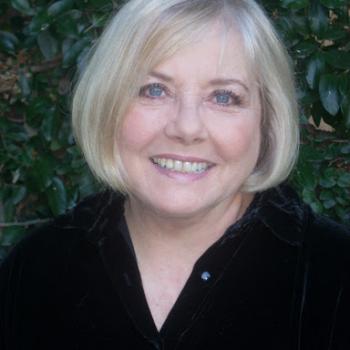 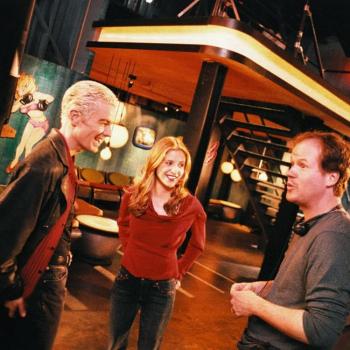 Pagan
Once More with Feeling (?): The Legacy of...
Occultural Context 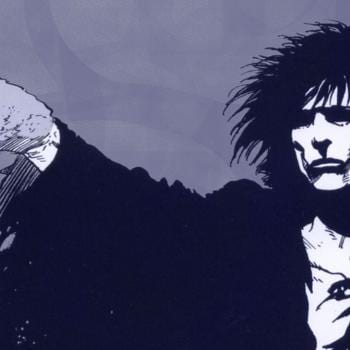 Beltane: Six Ways To Inspire Fertility In Your...
The word fertility is often associated with Beltane, and can apply to...
view all Pagan blogs
What Are Your Thoughts?leave a comment