This Summer I experienced the world of internet trolls for the first time in a while when I replied to Sam Ponder on Twitter and agreed with her point that the objectification of women leads to violence against women. Suddenly I had several people that I have never met and did not reply to start hurling invectives at me. I’m just a guy in Birmingham, Alabama, but those who have achieved celebrity in our culture experience this phenomenon every day. A recent study examined the psychology of internet “trolls.” “An internet troll is someone who comes into a discussion and posts comments designed to upset or disrupt the conversation. Often, it seems like there is no real purpose behind their comments except to upset everyone else involved. Trolls will lie, exaggerate, and offend to get a response. What kind of person would do this?”

“‘Some of My Best Friends are Black’ and the Baggage of History“
Collin Hansen interviews Jason Williams, the Urban Ministries Pastor at Briarwood Presbyterian Church. “Using this book, (Some of My Best Friends are Black,) as our conversation starter, Williams and I recently met at Beeson Divinity School in Birmingham and recorded a half-hour interview about his memorable journey as a white man bridging ethnic divides. We invite you to listen in and consider how God may be calling you to love your neighbors across ethnic lines in your own city.”

“Domesticating the Bible Again”
Some of last week’s debate about the practice of spanking in the Bible has continued. Jonathan Merritt, who last week argued the rod was only for guidance, linked to the work of William Webb and said all uses of the rod in the Old Testament were beatings. David Prince once again answers Merritt and provides solid biblical evidence for the discipline of children. “One thing is clear Jonathan Merritt does not have a biblical position on the issue of corporal discipline. He is simply against it and will embrace any argument to oppose corporal discipline—even contradictory ones.”

A Meal with Jesus
I have worked through A Meal with Jesus three times and looked through portions of it countless times. This book helps us recover a simple practice for fostering community and mission- a shared meal. Amazon marked it down to .99 on Kindle this week and you would benefit from it greatly. 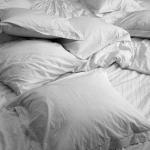 September 29, 2014
Repenting of Our Lack of Sleep
Next Post 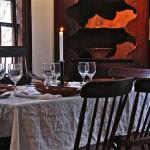 October 9, 2014 Recovering the Family Dinner Table
Recent Comments
0 | Leave a Comment
Browse Our Archives
get the latest from
One Degree to Another
Sign up for our newsletter
POPULAR AT PATHEOS Evangelical
1

LCMS-Related Christians Charged for Teaching the...
Cranach
Related posts from One Degree to Another