No, You Are Not Running Late. You Are Rude and Inconsiderate!
Our culture increasingly tolerates tardiness. The tendency of those who run on time is to assume the worst about those who are late. Tim Challies acknowledges many of the character flaws that go along with running late, but also reminds us why we should show grace to those who run late. “So by all means, let’s plan to be on time, and let’s live orderly lives. But let’s be slow to stand in judgment of those who show up at a time we deem inappropriate. If nothing else, let’s know people for their many strengths and not only that one weakness that most frustrates us.”

The Divorce Surge is Over, but the Myth Lives On
For years I have heard that half of all marriages end in divorce. The New York Times shows us why this is not true and offers some insight as to why more marriages are lasting longer. “It is no longer true that the divorce rate is rising, or that half of all marriages end in divorce. It has not been for some time. Even though social scientists have tried to debunk those myths, somehow the conventional wisdom has held.”

Stop Wasting Everyone’s Time
“At the end of the day, many people wonder where all their time went. New data-mining tools are helping employers answer that question. The causes of overload have long been suspected—email and meetings—but new techniques that analyze employees’ email headers and online calendars are helping employers pinpoint exactly which work groups impose the most on employees’ time.”

After Ferguson and Eric Garner decisions, white Christians say it’s time to stand with blacks
This post catalogs how some white Christians have responded to recent events that have highlighted still existing racial issues in our culture. They have a quote from me, as well as comments from my friend Alan Cross and ERLC President Russell Moore. “With back-to-back grand jury decisions that white police officers will not face charges in the deaths of unarmed black men, white Christians, including evangelicals, have grown more vocal in urging predominantly white churches to no longer turn a blind eye to injustice and to bridge the country’s racial divides.”

The Expected One
Our family has been using this book from Scott James for our Advent devotions and highly recommend it. “Every Christmas, Christians all over the world celebrate the Advent season, recognizing the love, hope, joy, and peace that is found only in Jesus Christ. Through this devotional, Scott James brings to light the many promises of Christ—from birth to ascension—that demonstrate His love for us during this Christmas season. These daily devotions, which are designed for both family and individual use, are timeless and moving reminders of the true gift of Christmas.” 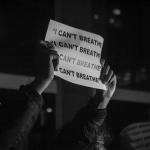 December 4, 2014
Eric Garner and Our Disturbing Lack of Empathy
Next Post 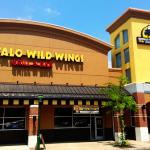 December 11, 2014 Why We Should Stop Freaking Out About a Church at Buffalo Wild Wings
Recent Comments
0 | Leave a Comment
Browse Our Archives
Related posts from One Degree to Another