“TGC: Day 1”
“TGC: Day 2“
This week The Gospel Coalition’s national conference is taking place in Orlando. While I was not able to attend, I’ve been keeping up with some of the talks that have been given. This post shares some video, pictures, and quotes from the first two days of the conference.”

When I was a child we often walked around our neighborhoods unattended. Lately more stories have appeared where people have called the police at the sight of children walking somewhere without their parents. This post explores why we have started helicopter parenting other people’s children. “Why has America gone lunatic on the subject of unattended children? Parents hover over their kids as if every step might be their last. If they don’t hover, strangers do, calling the police to report any parent who leaves their child to run into the store for a few minutes. What’s truly strange is that the parents who are doing this were themselves left to their own devices in cars, allowed to ride their bikes and walk to the store unsupervised, and otherwise given the (limited) freedom that they are now determined to deny their own kids. The police are making arrests that would have branded their own parents as criminals. To hear people my age talk about the dangers of unsupervised children, you would think that the attrition rate in our generation had been at least 30 percent.”

“How to Win Your Wife’s Heart Today”

Matt Adair begins with a simple, yet important truth, “The most important day in your marriage is today.” As a father with three boys, he understands the struggles husbands and wives have connecting during the day. His four suggestions for engaging your wife’s heart are easy to implement and can lead to valuable conversations. “‘How was your day?’ That’s the question. And you can answer that question with more than a shrug and an ‘it was fine.’ Why? Because you wrote down the big moments in your day. And because you haven’t emptied your emotional chamber by sharing those moments with other people. Your wife is not getting your leftovers. She gets to hear about what matters most to you today.”

“The Constitution We Don’t Understand“
This essay from Senator Mike Lee examines the constitutional ignorance on Capital Hill. He reflects on Congress’ growing tendency to pass vague legislation and allow federal agencies to regulate the specifics. We need substantive changes to get our Republic in line with her founding documents. “In my Senate office stand two towers of documents. The first is only a few inches tall. A collection of all the legislation Congress passed in 2013, it contains about 800 pages. The second tower, which is 11 feet tall, is a collection of regulations federal agencies proposed and adopted in 2013. It contains about 80,000 pages.”

“7 Tips for Surviving the Terrible Threes“
You’ve heard of the terrible twos? Having a two-year-old is child’s play compared to having a child who is three. Ron Edmondson gives parents seven tips to survive this difficult stage of life. “He or she is exploring a new world, testing boundaries, discovering their own personality, and filtering through reactions of others. As with other phases the child will experience, this one is difficult for the child as well as the parent, but in this phase the child is the least mature in the relationship and their reaction, by the way, should be likewise.”

Great Kindle Deal
Many Christians wrestle with periods of melancholy, darkness, and depression. John Piper’s When the Darkness Will Not Lift walks believers through the process of seeing the goodness of God and finding joy when things are tough. Amazon is offering this helpful book on Kindle for $1.99. 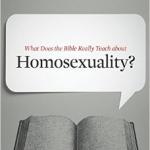 April 25, 2015 What Does the Bible Really Teach about Homosexuality?
Recent Comments
0 | Leave a Comment
""Jesus did not come to explain away suffering or to remove it. He came to ..."
Christiane Smith The Lord is Near in Our ..."
"OOMMGG!! I never could figure it out until you said the reasons you liked a ..."
Jaime Lopez Ortega Why I Switched from a Digital ..."
"God also blesses us when we take measures to extricate ourselves from trouble."
Karen Silver How Do I Know that God ..."
"I never heard any of these sermons but I am sure they were shallow and ..."
Kostya2 How to Prepare a Sermon When ..."
Browse Our Archives
Related posts from One Degree to Another