“The Power of Conversation: A Lesson from CS Lewis and JRR Tolkien“
If you read these posts regularly you know how much I enjoy and benefit from the posts on The Art of Manliness. This post on the conversations between CS Lewis and JRR Tolkien may be my favorite thing they have written so far. In an age where we spend little time thinking about friendship and are more connected while being more disconnected than ever, we need to hear this message. “Good conversation does not operate on the principle of efficiency. It needs to be open-ended — without chronological parameters or set agenda. And it doesn’t have to take a completely smooth course. Oftentimes we cut a conversation short because there’s an awkward pause, or a seeming lull, or because people are repeating themselves. Yet such things are perfectly natural; are we to suppose that Lewis, Dyson, and Tolkien talked for eight or so hours, without there being a single lull? Very doubtful! Sometimes silences become important pivot points to a new, fruitful stream of discussion. And good conversation often goes over the same things a few times, going deeper on the second pass, with a fresh realization emerging on the third.”

“Your Daughter and the Reality of Teenage Sex“
If you have daughters I’m sure the title of this post made you cringe. This post at AllPro Dad covers seven major factors at play in teenage sexuality and how dads can shepherd their daughters through these issues. “She is blissfully unaware of what you know well. You know how teenage boys think and feel. You know the emotional entanglement that dating brings particularly when things get physical. A young girl’s heart is like a spider web; the more intimate they get, the more of his hand is on it. Teenagers don’t have the life experience to know the deep impact of their actions. When he moves on, he pulls his hand off the web leaving it in tatters. Sadly, she may even think of herself as ruined.”

“Stop Blaming Suburbia for Killing off Friendships“
In the last “A Few Good Reads” post I shared this article from Vox on how our housing choices affect friendships. Writing at Mother Jones Kevin Drum disagrees. He makes some interesting counterpoints to the Vox post. “Or take my current suburban neighborhood. It’s pretty typical. Everyone is friendly, and we know our near neighbors. Some close friendships have developed, but that’s about it. Across the street there’s a nearly identical neighborhood, but this one is far more close-knit, throwing Halloween parties and July 4th bashes and just generally socializing in a way that mine doesn’t. Why?”

“Why Study Hebrew (or Greek)?“
David Murray’s son asked him why a person should study Hebrew. He responds with the benefits of knowing the original languages along with helpful links to resources. “That to me is the single biggest reason for studying the Bible in the original languages. It slows you down and forces you think about every single word and their relation to each other in a way that English cannot do. Understanding English is just too instantaneous, too automatic, too routine.”

“40 Thoughts for My 40th Birthday“
Jared Wilson’s writing on the Gospel, the Christian life, and the church has been helpful to me. He’s also one of my favorite people to follow on Twitter, especially when the Patriots are playing. Jared shares forty thoughts on turning forty. There are some great insights here on marriage, parenting, ministry, and writing. “There is always a new battle to face. I do not struggle with lust as badly as I did when I was a younger man—praise God!—but this gluttony thing wins more days than I do.” 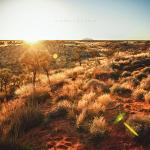 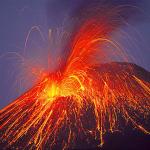 November 11, 2015 Parents, Keep a Cool Head
Recent Comments
0 | Leave a Comment
Browse Our Archives
get the latest updates from
One Degree to Another
and the Patheos
Evangelical
Channel
POPULAR AT PATHEOS Evangelical
1

Answering a Question about the Trinity:...
Roger E. Olson
Related posts from One Degree to Another