“Who is My Neighbor?”
Many have been rightly angered over a letter to the editor which appeared in The Alabama Baptist last week. The author, a pastor in Tuscaloosa, argued that his neighbors are only those who share values and appeared to endorse unlimited violence against Muslims. Matt Emerson weighed in and addressed many of the flaws in the pastor’s argument, especially those which seem to be prevalent in the thinking of many Southern evangelicals. “To claim that Americans, or Germans, or Brazilians, or Chinese, or Kenyans, or anyone else has some kind of advantage over any other ethnic group with respect to the way Adam’s sin has affected us all is unbiblical. To claim that the gospel of Jesus Christ is in some way not for another ethnic group is unbiblical. To claim that a certain ethnic group is not my neighbor based on our political, nationalistic, ethnic, or theological differences is unbiblical. This kind of thinking has no place in the kingdom of God or his Church.”

“The 4 Qualities of a True Statesman”
With the Democratic and Republican primaries beginning soon we should remind ourselves of the marks of a statesman who can lead people well. This post from the last election cycle at Art of Manliness reminds us of these important characteristics. “Because a statesman follows his moral compass instead of opinion polls, his ideas are often initially out of step with the public mood. But instead of tailoring his rhetoric to that mood, he speaks to the very best within his countrymen. He understands that while their ideals may be deeply buried, powerful rhetoric can bring them forth and activate them. The strength of his words comes from the fact that he actually believes what he says. And he does not make his countrymen’s hearts soar and burn with empty promises; he keeps his word and does what he says he will do.”

“Why I’m Putting Ebooks on the Shelf for 2016”
Michael Hyatt offers eight reasons why he favors print books over ebooks. Other than the portability issue, there are few instances where I would prefer an ebook over a print book and agree with Hyatt’s reasoning. “I take a lot of notes when I read. I highlight and sometimes take notes in the margins. I can do that digitally as well, but it’s not as fluid. It’s the same with reviewing my marks. If I go online to view my Kindle highlights, they’re all stripped out of context. But I can thumb through my physical copy and get an immediate sense of the context in a few seconds.”

“Going All in With Ebooks”
Tim Challies read Micheal Hyatt’s argument for print books over ebooks and it led him to go all in with ebooks. He offers interesting counterpoints to Hyatt’s conclusions. “It is true that ebooks are difficult to interact with, but the flip side is that the electronic notes are much easier to export into a system where they can be retained and otherwise put to use. So yes, the highlighting and note-taking of an ebook is in some ways inferior to that of a paper book, but it is not without its benefits. I do agree as well that ebooks have not been able to recreate the joy of thumbing through a book, and I miss that.”

Destiny and Power: The American Odyssey of George Herbert Walker Bush
I struggle to picture our 41st President without seeing Dana Carvey’s impression of him in my head, showing that i imbibed the media description of the President from my late middle and early high school years. Jon Meacham’s walk through Bush’s life manages to be detailed without being laborious and puts a human face on a man who lived a very public life. I wept as a read the account of his young daughter’s death from leukemia and laughed at many anecdotes of his life as a father and friend. It will be hard to imagine a scenario where this is not one of best books I read this year. 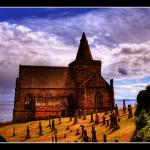 January 25, 2016
48 Scattered Thoughts about Pastoral Ministry and Being a Pastor
Next Post 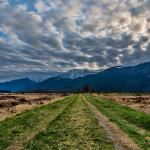 February 4, 2016 Can I Be Certain that I am a Christian?
Recent Comments
0 | Leave a Comment
Browse Our Archives
get the latest updates from
One Degree to Another
and the Patheos
Evangelical
Channel
POPULAR AT PATHEOS Evangelical
1

Let's Talk Some More about Cults--Theologically...
Roger E. Olson
Related posts from One Degree to Another