“Ten lessons on biblical manhood I learned from my father”
The life of Jeff Robinson’s father bears testimony to the sustaining grace of God. Jeff shares ten things he learned about being a man from his father, a World War II veteran who participated in the invasion of Normandy. The picture Jeff paints is not one of machismo, but of a man who was shaped by the grace of God into someone who knew how to value the right things and take responsibility for that which God entrusted to him. “Over the years as I have read God’s Word and reflected back upon his quiet testimony to God’s grace in our home, I have been increasingly thankful for the Godward values he instilled in us. Unfortunately, godly, committed fathers are the exception in today’s culture rather than the rule, but I was blessed by God’s mercy to be raised by one. Though he was far from a perfect man, my father exemplified biblical manhood in many respects and taught me many lessons by example.”

“Stephen King, Preaching, and Killing our Darlings”
One of the hardest things for pastors to do is to edit their sermons and eliminate extraneous material. We often want to say everything we can about a passage and in doing so distract from the main point of the passage. Yancey Arrington writes about how pastors can learn about editing from an unlikely source- Stephen King. Drawing from King’s fabulous book, On Writing, Yancey encourages pastors to leave some of their favorite parts of the sermon on the cutting room floor. “Whatever the reason, if it doesn’t serve the listener it doesn’t serve the sermon. Cut it. The struggle is that preachers become emotionally attached to their content.”

“A Summarized Biblical Case for Eternal Generation”
For the past month many Christians have been discussing the relationship between the Father, Son, and Holy Spirit and how what implications these relations may hold for our personal relationships. While this discussion is not new, the tenor of it has intensified and posts have been flying back and forth at a dizzying pace. The relations of the persons of the Trinity is no small matter and Christians who want to think rightly about God need to give attention to these matters. Matt Emerson makes a strong case for what theologians call “Eternal Generation” and in doing so explains the biblical case the Trinity in an understandable way. Even if you don’t understand all the details he discusses in this post, it will give you a starting point for thinking through who God has revealed himself to be. “Perhaps even more importantly than individual texts is the pattern of texts we see throughout Scripture, a pattern that consistently names these three as Father, Son, and Spirit. This points not only to their triunity but to the way that triunity exists, namely through a Father-Son-Spirit relationship.”

“The Bad Faith of the White Working Class”
Writing in The New York times, J.D. Vance explores the declining church attendance among the white working class who would identify themselves as Christians. This article should encourage us to plant and revitalize churches in the rural South. It should also serve as a reminder that many would name the name of Christ while not having any meaningful connection to a local church or a biblical view of the world. “I THINK I was 11 when, teary-eyed and exhausted, I asked my grandmother whether God loved us. It had been an unusually terrible day for my sister and me. Our mother had called us worthless, threatened us, and then nearly crashed our car during a violent outburst. Things like this happened often in my family and among my friends, but not all on the same day.”

“Suburbs and the New American Poverty”

While often associated with affluence, many suburbs are seeing an increase in low-income residents and don’t have the programs in place to help them. Christians and churches in suburban areas, like where I live, need to be aware of this phenomenon and develop strategies to help. “It’s not just Atlanta—across much of the country, poverty is increasingly a problem found in the suburbs. The number of poor in the suburbs surpassed the number of poor in the cities in the 2000s, and by 2011, almost 16.4 million suburban residents lived below the poverty line.” 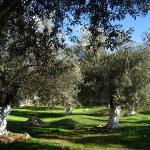 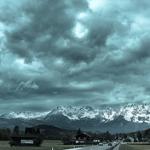 July 10, 2016 Speaking Like a Christian
Recent Comments
0 | Leave a Comment
"Read the news if is it was political propaganda."
bill wald How to Read the News Wisely
"Somehow Wendell Berry writes of somber topics with a prophetic voice while managing to create ..."
Michele Morin What I Learned from Reading Wendell ..."
"Wendell Berry commented that the farther we disconnect from the land the sicker we are ..."
morgan k Wyatt What I Learned from Reading Wendell ..."
"Hello"asking him to forgive you through the death of the Lord Jesus Christ" I hear ..."
Sean Dattoli How to Keep Your Anger Under ..."
Browse Our Archives
get the latest from
One Degree to Another
Sign up for our newsletter
POPULAR AT PATHEOS Evangelical
1

Progressive Christians are More Political than...
Cranach
Related posts from One Degree to Another