“A Few Tips for Raising Boys”
I need all the help I can when it comes to raising my children, so I was thankful to see some solid advice from David Murray on raising sons. “Be patient. This is perhaps the greatest challenge to us today. We expect instant results from our teaching and our discipline, but usually the fruit takes many years to even show a little green shoot. In the meantime, impatience, anger, and bad temper can destroy relationships and communication.”

“Jesus Always, the Sequel to Jesus Calling”
Tim Challies offers some thoughts on Sarah Young’s new devotional book Jesus Always. In short, Challies shows the major theological issues with the claims she originally made about the source of the devotions. “The big claim in her little books is that the words come to the reader from Jesus through her. At least, that was the claim ofJesus Calling and, as far as I know, it has not been retracted. Instead, it has been removed. If you are enthusiastic aboutJesus Calling or wondering about Jesus Always, this is the one claim you must face head-on. You cannot treat Jesus Always as just another Christian book when Young herself claims it is so much more.”

“Where are the Gentlemen Theologians?”
Unfortunately, the church often mimics what is taking place in the world. This year’s highly-charged, uncivil discourse has worked its way into the church’s theological discussions. Jason Duesing shares a great story about Roger Nicole and uses it to show the type of men and women we ought to be as we discuss theological issues. “If we consider someone a brother in Christ, and come to think what they’ve written or said denies a major standard of Christian orthodoxy, then, in the spirit of civil kindness, I think first a face-to-face meeting or phone call is advisable instead of a citation of condemnation in one’s public musings.”

“Why Are Millions of Men Choosing Not to Work?”
The percentage of working age men who are not currently seeking employment is approaching late Great Depression era numbers. George Will reflects on the new book Men Without Work by looking at the loss of meaning that can often go along with idleness and a lack of productivity. “Eberstadt, noting that the 1996 welfare reform “brought millions of single mothers off welfare and into the workforce,” suggests that policy innovations that alter incentives can reverse the “social emasculation” of millions of idle men. Perhaps. Reversing social regression is more difficult than causing it. One manifestation of regression, Donald Trump, is perhaps perverse evidence that some of his army of angry men are at least healthily unhappy about the loss of meaning, self-esteem, and masculinity that is a consequence of chosen and protracted idleness.”

Apparently, I am not the only one whose Facebook news feed often reads like some kind of alternative universe. Often many of the worse conspiracy theories about some of the best people can take off because people do not take the time to investigate what they read or say. “The appeal of conspiracy theories is that they offer a counterintuitive kind of comfort: If the conspiracy is real and if the deck really is stacked against me, then that means that the world is fundamentally not my fault. I am right about the way things should be; in fact, that’s the way things really are! The problem is that these people in power over me are using every waking hour to keep me in the dark. Change is impossible because it’s not in my hands. Life can go on as normal.”

Parenting: 14 Gospel Principles that Can Radically Change Your Family
Paul Tripp’s newest book looks like it will be a great tool for parents. Learning to build on the foundation of the Gospel to drive our parenting is something from which we could all benefit. “Freed from the burden of trying to manufacture life-change in our children’s hearts, we can embrace a grand perspective of parenting overflowing with vision, purpose, and joy.” 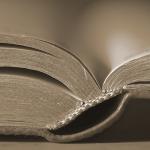 October 5, 2016
Why You Need to Read the Whole Bible Every Year
Next Post 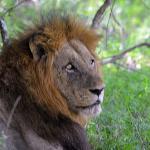 October 10, 2016 Choosing Courage over Outrage
Recent Comments
0 | Leave a Comment
"OOMMGG!! I never could figure it out until you said the reasons you liked a ..."
Jaime Lopez Ortega Why I Switched from a Digital ..."
"God also blesses us when we take measures to extricate ourselves from trouble."
Karen Silver How Do I Know that God ..."
"I never heard any of these sermons but I am sure they were shallow and ..."
Kostya2 How to Prepare a Sermon When ..."
"Read the news if is it was political propaganda."
bill wald How to Read the News Wisely
Browse Our Archives
get the latest from
One Degree to Another
Sign up for our newsletter
POPULAR AT PATHEOS Evangelical
1

CRT and The Return to the Old Gods:...
In a previous post, I discussed three features of Critical Race Theory...
view all Evangelical blogs
What Are Your Thoughts?leave a comment
Copyright 2008-2021, Patheos. All rights reserved.