“The Sunday After: A Post-Election Lesson from Jimmy Carter”
Jennifer Crossley Howard made the trek to Maranatha Baptist Church in Plains, Georgia the Sunday after the Presidential Election to attend former President Jimmy Carter’s Sunday School class. She recaps discussions with the other people who were there, the process for getting to attend his class, and what he talked about that morning. While I have significant theological issues with many things the former President believes, it was interesting to hear how he addressed his class on this particular Sunday. “When you pull into the parking lot at Maranatha, you’re given a number, and when Jan Williams, the church pianist, calls out your number, you’d better listen and step in line. That secures your spot in the sanctuary. The overflow crowd has to watch Carter on a TV in another room.”

“Theology of the Carols: Hark the Herald Angels Sing”
Some of the hymns we sing at Christmas are loaded with some amazing theology that informs our understanding of who Jesus is and draws our hearts near to him. In my opinion, “Hark! The Herald Angels Sing” is the best of them. Michael Kelley walks through this wonderful hymn to unpack some of the truth contained in it. “The original lyrics were written by Charles Wesley, brother of John Wesley, and was called ‘Hymn for Christmas-Day.’ It was included in John Wesley’s collection called Hymns and Sacred Poems that was published in 1739. The great evangelist George Whitefield adapted the lyrics in 1754, changing the opening line to ‘Hark! the Herald Angels sing’ from the original, ‘Hark how all the Welkin rings.’”

“How to Read the Major Prophets Devotionally”
Mike McKinley helps us understand how we can read Isaiah, Jeremiah, Ezekiel, and Daniel in a way that draws us nearer to God. “The New Testament authors repeatedly mine these Major Prophets—Isaiah, Jeremiah, Lamentations, Ezekiel, and Daniel—for themes and prophecies that would illuminate what God was doing in sending his Son. Jesus clearly understood and explained his own ministry in terms laid out by the prophets (Luke 4:16–21). So Christians who want to know their Bible needs to wrestle with these books.”

“Deep in the Weeds on MONOGENES and Eternal Generation”
Since the Summer there has been a good discussion going on about the Trinity and the proper way to understand the relationship between the Father, the Son, and the Holy Spirit. Many Christians yawn at these kinds of debates, but since they get to the heart of who God is, we should care deeply about them. Denny Burk digs into the Nicene Creed and applies what he sees there to how we translate MONOGENES. Should it be “only-begotten” or “only/unique?” “After reading the Creed in Greek, it immediately became clear to me that the Nicene Fathers’s interpretation of MONOGENES is in direct conflict with a near consensus among modern New Testament scholars.”

“Which Old Testament Promises Apply to Me?“
John Piper deals with a question that gets to the heart of how we read and grow from reading the Old Testament. “Now, I think that means that in union with Christ, the Messiah, Christians become the heirs of all the promises in the Old Testament. And there are different ways to explain why that is, and one is to realize that in spiritual union with the Jewish Messiah, Jesus Christ, Christians are the messianic people, the true Israel, the heirs of everything promised to the true Israel.” 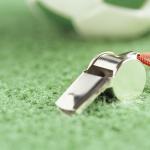 November 28, 2016
You Need to Fire Life Coach Jesus
Next Post 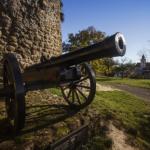 December 6, 2016 Why You Should Wage War Against Your Sin
Recent Comments
0 | Leave a Comment
Browse Our Archives
get the latest updates from
One Degree to Another
and the Patheos
Evangelical
Channel
POPULAR AT PATHEOS Evangelical
1