For the last few years, I have organized my reading based on a system I ran across from Al Mohler. Dr. Mohler encourages those who are serious Christian readers to read across six categories- Biblical Studies, Theology, History, Literature, Cultural Studies, and Church Life. My favorite books that I read in 2016 are organized based on these categories. These are not all books that publishers put out in 2016, but were the best books I read this year.

Identity and Idolatry by Richard Lints

The New Studies in Biblical Theology puts out quality volumes examining biblical books and themes every few months. Richard Lints argues that idolatry is the inversion of the identity that we should find in being created by God and in being united with Christ. He helpfully shows this theme across the entire Bible.

Return to Me by Mark Boda

In another great book from the New Studies in Biblical Theology series, Mark Boda examines the bible’s theology of repentance. Rather than just focusing on word studies or theological deductions from other doctrines, Boda dives in and reckons with the explicit teaching of individual biblical texts. Then he shows how all of these texts tie together to show what it means to return to the Lord.

Hidden Christmas covers the narratives of Jesus’ birth from Luke 1-2 and Matthew 1-2 before closing with thoughts on the first paragraph of 1 John. Keller shows why we can trust the message of Christmas and how these narratives show us the overwhelming grace of God. (You can see my favorite quotes from Hidden Christmas here.)

Why Trust the Bible? by Greg Gilbert

Every generation must fight its version of the battle for the Bible. In our day, many people don’t trust the Scriptures but hold Jesus in high regard. Gilbert shows why our high regard for Christ should lead to a rock solid trust in the veracity of the Bible.

George Whitefield still stands as one of the most popular and consequential figures in American evangelical history. Thomas Kidd’s portrait of him is thorough while staying at a manageable length. He’s honest about Whitefield’s weaknesses, but also shows what made him such an effective evangelist.

Destiny and Power by Jon Meacham

George H.W. Bush was President during my late middle and early high school years. I remember seeing him on the news every day, but Dana Carvey’s impression on Saturday Night Live and his seeming out of touch with ordinary people compared to Bill Clinton in the 1992 election formed most of my memories of him. Jon Meacham portrays President Bush in a way that is both honest and compassionate. We get to see the motives behind the actions and see the heroic sacrifices he made for his fellow-citizens.

Destiny of the Republic by Candice Millard

If you see several Presidential biographies pop up on this list, it’s because I’m working on reading one on every President. I could not be more pleased with my choice on James Garfield, as Candice Millard’s narrative of his life and murder reads like a novel. She goes into great detail but never loses sight of the fact that she’s narrating a story. (I also read and loved her book on Winston Churchill, Hero of the Empire.)

We need to recover the practice of personal discipleship in the life of the church. Mark Dever shows what discipleship is and how Christians can help other Christians become more faithful followers of Jesus.

I revisited this classic work on preaching for the first time in over a decade. Stott explains how Christian preachers can have one foot firmly planted in the world of the Bible and the other planted in our current culture to show how the message of Scripture should change people in the here and now. This book is a must for anyone seeking to understand the art and science of preaching.

The Road by Cormac McCarthy

A man and a boy walk through the burned-out ruins of the United States in an attempt to survive. The beautiful relationship between a father and his son shines through this incredible story. Once I got into the story, I could not put this book down.

The Martian by Andy Weir

I hesitate to include this one because of its language, but it captured me from the first paragraph. It’s the story of an astronaut who was left behind on Mars and his struggle to survive. We get to hear him work through how to grow food, communicate with earth, and try to figure out how to get home. On the other side, we are privy to the internal NASA discussions on how to handle the crisis and get him back to earth. There was never a moment I was not fascinated by the action and dialogue in The Martian.

The Vanishing Neighbor by Marc Dunkelman

One of the key ways Christians can make an impact for God’s kingdom is to be good neighbors, but we often don’t see our neighbors. Marc Dunkelman writes about the origins of our disintegrating sense of community and how we can recover it in light of 21st-century realities.

If you have read any other “best of” lists for 2016, chances are you saw this on it. J.D. Vance tells the story of the chaos that characterized his life growing up in his “hillbilly” family that had migrated from Kentucky to Ohio. He pulls no punches in his personal narrative, and the result is a book that is difficult to put down.

I just started a few books that I won’t finish until after the first of the year. So far, Justin Holcomb’s Know the Creeds and Councils is showing itself to be a great introduction to the controversies of early Christianity and the theological formulations they produced. Andreas Kostenberger and Richard Alan Fuhr’s new book on biblical interpretation, Inductive Bible Study, looks like it will be a helpful resource for helping people understand how to read the Bible. In the first few months of the year, I look forward to reading The Hobbit and The Lord of the Rings for the first time as well as The Last Lion, which everyone says is the definitive biography of Winston Churchill. 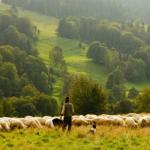 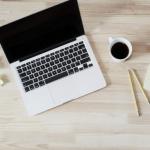 December 30, 2016 Most Popular Posts of 2016
Recent Comments
0 | Leave a Comment
Browse Our Archives
get the latest from
One Degree to Another
Sign up for our newsletter
POPULAR AT PATHEOS Evangelical
1

Reconstructing faith - a deconvert returns...
Unbelievable?
Related posts from One Degree to Another