One way of understanding Judaism is to see it as a vibrant, dialectical endeavor. Judaism is an ongoing conversation (one of many) about human dignity, love, and freedom. It’s a 3000 year old discussion about what matters – how to make sense out of the senseless, find meaning in the seemingly meaningless, and navigate the madness, joy, and tragedy of life.

Judaism’s method is contemplative inquiry, in which meaning is best articulated through myth, metaphor, poetry, art, and music – all of which is intended not to be taken literally.

Jewish tradition stresses transparency, non-centralization, assimilation of the foreign, and a commitment to enlightened living. It is an “open source” tradition — one born out of revolution, committed to evolution, a sense of social justice, and freedom of inquiry.

Consider Judaism’s founding father. Abraham was a rebel. He becomes aware of Yahweh’s presence and call, and smashes the idols in his father’s, the idol maker’s, shop. He leaves home, never to return. He argues with God, and wins.

Consider Judaism’s understanding of God. Judaism offers a vision of God that isn’t Hellenistic. Yahweh as presented in the scriptures is elusive, petulant, imperfect, and intense – refusing to be pinned down or to give his/her name – “I am who I am; I will be what I will be.” The Jewish vision of Divinity is God as process, God as source and substance of all being and becoming, God as that power that makes for human happiness, justice, compassion, wisdom, and love. Yahweh is the breath of life infused throughout creation. God is one of the conversation partners in Judaism’s ongoing dialog.

Consider Jewish Sacred Texts. Jews engage not only the Hebrew Scriptures (Old Testament), but read them in conversation with other texts considered sacred – the Mishnah and the Talmud. To be a Jew, is in part, to be engaged in conversation with these texts. The texts themselves are amended and improved – today, being reinterpreted by each generation. Even the opinions of people who are ‘rejected’ are kept in the record. No one interpretation is final. Each age is to find its own meaning in the dialog.

Consider the Core Jewish Myth. The Exodus is a slave uprising, a revolt, a brazen demand for freedom and dignity. And Jewish theology teaches that this was NOT a one-time event. The Exodus is a process. The Jews understood that they left behind the dead, idolatrous religion of Egypt, and in its place built a religion dedicated to life, freedom, and open to innovation.

Consider some of Judaism’s spiritual practices:

So, where is this all going? Is there a common thread behind all these considerations? Yes.

A common thread is smashing idols. Human beings have a terrible tendency to erect idols – who hasn’t fallen into idolatry  – worshipping status, money, outcomes, people, things – our isms speak of our idolatry – consumerism, materialism, individualism, and so on.

Don’t think you practice idolatry? Simply ask yourself where the majority of your time, money, energy, and resources go – and there you’ll find what you worship – what you give your best to, what consumes you, what your world revolves around.

Judaism rails against idolatry – at least in theory. And it’s passed on this call to smash idols to the great religious traditions it’s helped emerge – Christianity and Islam – who also consider Abraham, the idol smasher, as their father.

In Genesis 12:1–3 we are called, with Abraham, to Lech lecha, to journey inwardly as well as outwardly, and free ourselves from the enslavements and conditioning of nationality, ethnicity, religion, consumerism, prejudice, and so on.

Let’s begin to smash the idols we worship, and which in turn, hinder and dehumanize us.

The Divine in Nature - The...
Open Table Judaism
3 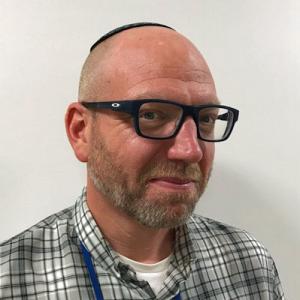 The Todah Offering in a Dark...
Seventy Faces of Torah
4

Jewish
Love Your Neighbor as Yourself - Our Interconnected...
Open Table Judaism 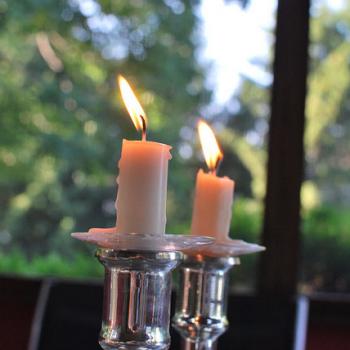 The Todah Offering in a Dark Time
Parashat Tzav (Leviticus 6:1-8:36) By Rabbi Jim Morgan For someone in my... 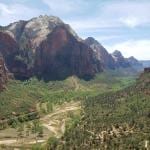 Out in the Wilderness
The Wilderness as Transformative Our current crisis intersects the Jewish and Christian... 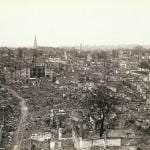 Vayikra In These Days
Parashat Vayikra (Leviticus 1:1-5:26) By Lydia Kukoff Between the months since I... 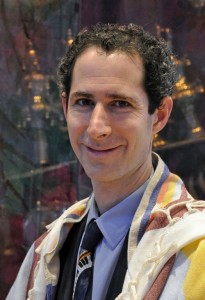 Seeking God’s Face in the Age of Coronavirus
Parashat Ki Tisa (Exodus 30:11-34:35) By Cantor Ken Richmond  Purim, the annual topsy-turvy...
view all Jewish blogs
What Are Your Thoughts?leave a comment
Copyright 2008-2020, Patheos. All rights reserved.