A Tale of Cosmic Revolution – (On Copernicus and Rheticus)

Note to the reader: This narrative is a summary in my own words of the tale told in A More Perfect Heaven: How Copernicus Revolutionized the Cosmos, by Dava Sobel. Read The New York Times review here.

A man named Rheticus, in the year 1536, takes a job teaching mathematics at the University of Wittenburg. Wittenberg is the hotbed of Lutheran theology that galvanized a movement. The site of the 95 theses. Martin Luther’s colleague Philip Melanchton, a noted scholar in his own right, sends junior faculty Rheticus abroad to study with astronomers. Rheticus makes his way to Nuremberg, where wind reaches him of a revolutionary theory from a Catholic astronomer in far-away Poland.

This theory, so the rumors go, turns cosmology on its head. The sun and planets do not revolve around the earth, but rather the other way around. The earth is not set on foundations so that it can never be shaken, as the Psalmist says, the earth instead moves. But in medieval cosmology, earth stands at the center of the universe—and not necessarily because of humanity’s hubris—but mostly because of the legacy of Augustine and original sin. Earth is thought to be the heaviest, densest, most full of sin, most separated from the heavens, or, as they were called in that day, “the spheres.” 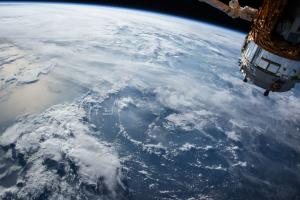 A Polish astronomer named Copernicus has different thoughts. He has floated his theory in written, draft form only to a few star-gazing colleagues, but that proves enough to spark talk from afar. And then he retreats. Whether he is fearful of the inevitable religious and political fall-out, or a perfectionist who needs to keep adjusting his equations, he keeps his heliocentric theory largely from the public for thirty years.

He studies the sky at night, but sits on his earth-spinning thesis while performing his daily obligations in his local Catholic Cathedral chapter. He’s called a canon; he’s not technically ordained but serves at the Bishop’s pleasure in his local community of Varmia, Poland.  He keeps financial ledgers about the peasants who leased the church’s land, helps make local investments, organizes church archives, and takes on other thankless but necessary jobs. He also keeps a low profile when crusading knights attack the region.

But word has spread, at least in certain quarters. For Rheticus and others with ears to hear and minds to imagine, a revolution is brimming. Luther launched it with his rebellion, and the German peasants intensified it with their uprising, but the implications of this new revolution are truly paradigmatic. As Copernicus himself puts it, “What appear to us as motions of the sun arise not from its motion but from the motion of the Earth and our sphere, with which we revolve about the sun like any other planet.” [A More Perfect Heaven, 20] It is, as thinkers put it, the Copernican revolution.

Years pass by the time young Rheticus stumbles across talk of the Polish astronomer’s theory. But in 1538, on leave from Wittenburg, by way of Nuremberg, Rheticus travels five hundred miles to show up unannounced and unexpected at Copernicus’s doorstep. He does so at great risk. In these days of religious conflict, a stringent Bishop has declared Lutherans anathema in Varmia, a Catholic territory. These are days of Catholics killing Protestants and vice versa, but the danger does not diminish his resolve.

Apparently, the young Protestant and the elderly Catholic hit it off. We have no record of what Rheticus says to Copernicus, but where many failed in their attempts to convince Copernicus to publish, somehow Rheticus succeeds in persuading him to send his magnum opus, entitled of On the Revolution of the Heavenly Spheres, to a printer. Rheticus writes a short book outlining the theory, and then three years later, Copernicus gives his six-volume masterwork to a dear friend and like-minded Bishop, who then passes it on to Rheticus, who then entrusts it to a well-known printer in Nuremberg, Germany. And then it is out there to the world.

The Protestant response is, at best, mixed. There is brash and opinionated Luther, author Sobel tells, sitting at his fabled table, talking with faculty and students, declaring that “astrology—which at that time linked arms with astronomy—is framed by the devil.” There is Calvin, calling Copernican theorists “frantic people who would like to change the order of nature.” [Diarmaid MacCulloch, The Reformation, page 686] There is also Luther’s student Philip Melanchton, the intellectual heavyweight responsible for hiring Rheticus in the first place, who still cannot bring himself to believe that the earth moves.

There’s also another Lutheran, a less famous but still notable theologian, named Andreas Osiander who become obscurely, even scandalously, involved. Osiander attends many key gatherings of the German Reformation, all the diets and colloquies.  At one of these, he comes into contact with a Catholic leader named Albert, or Albrecht, of Prussia. Southern Prussia at this time abuts Northern Poland and Varmia, the very area where Copernicus lives. And Albert just happens to be in charge of an order of crusade-era knights, the Knights of the Teutonic Order–the same knights that periodically wage war across the border into Copernicus’s homeland. Osiander introduces Albert to the Reformation faith and Albert converts to Lutheranism. Then, once he is Lutheran, Albert plays a key role in protecting Rheticus so that he can work with Copernicus to finish editing On the Revolutions.

But history has looked with ambivalence on Osiander. He inserts himself into the printing process of On the Revolutions in a particularly memorable way. The plot thickens. During the printing of the book in Nuremburg, Rheticus ends up leaving his proof-reading post to take a new position at a new University, the University of Leipzig. Working with Copernicus has made Rheticus famous, too, and Leipzig offers greater financial security and autonomy. So he takes it, but the job of copy-editing turns to none other than Andreas Osiander.

With Copernicus’s health failing and Rheticus far away, Osiander writes an anonymous preface. He writes, and I’m paraphrasing, that “the work contained in these many pages may be true, or it may not be true. It may correspond to reality, or it may not. It’s a hypothesis based on computation.” This, on the surface, sounds harmless enough, and maybe it is a diplomatic move to allow publication to go forward with less controversy. At the same time, Osiander is undermining the central claims of the book, which is that the earth does, indeed, revolve around the sun! Rheticus is furious at the preface, of course, and he hands out copies to friends with Osiander’s writing crossed out in red ink. We don’t know what Copernicus himself thinks, because he dies not long after.

The Catholics are less friendly. Copernicus addresses the entire work to the Pope, Pope Paul III, but the Pope’s in house theologian mocks it. He doesn’t even take it seriously as heresy; he just calls it stupid. Years later, though, in 1616 and thanks to the Holy Office of the Inquisition, the book makes its way onto the Index of Prohibited Books. Eleven leading theologians vote against Copernicus and declare his views official heresy, which then sets the stage for Galileo, who embraces Copernican astronomy and is put to death in 1633.

It is scary to have a world overturned. As devout as they are, theology and church tradition simply cannot keep up with Copernicus, Rheticus and, eventually, Galileo. Theology, once queen of the sciences, takes a side step while observable, reasonable sciences ascend in its place. This development produces a crisis of authority, because if reason leads to a different conclusion than church tradition or the Bible, then church devotees and Bible readers have only two choices: either to adapt their views or to choose reason and faith over against each other. And many people, even today, choose against reason when faith and tradition are challenged.  Most of us have not even begun to think about the meaning of Christ in a quantum world. I’m convinced that’s the work to be done now.

Photo by NASA on Unsplash 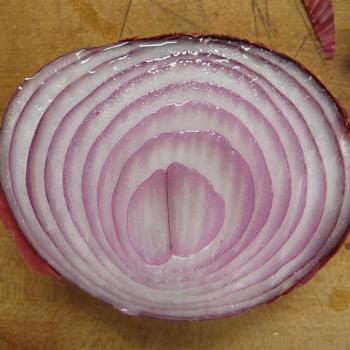 What is Your Hurry?
Mindful Christianity Today
Related posts from Ordinary Mystic 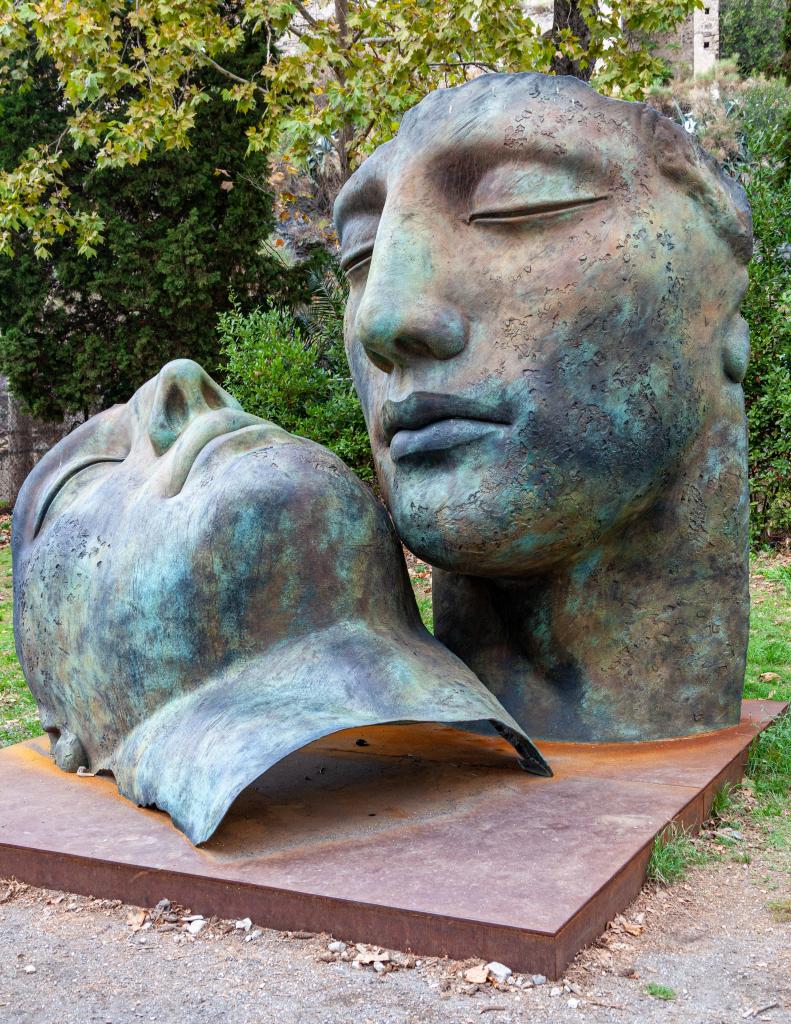 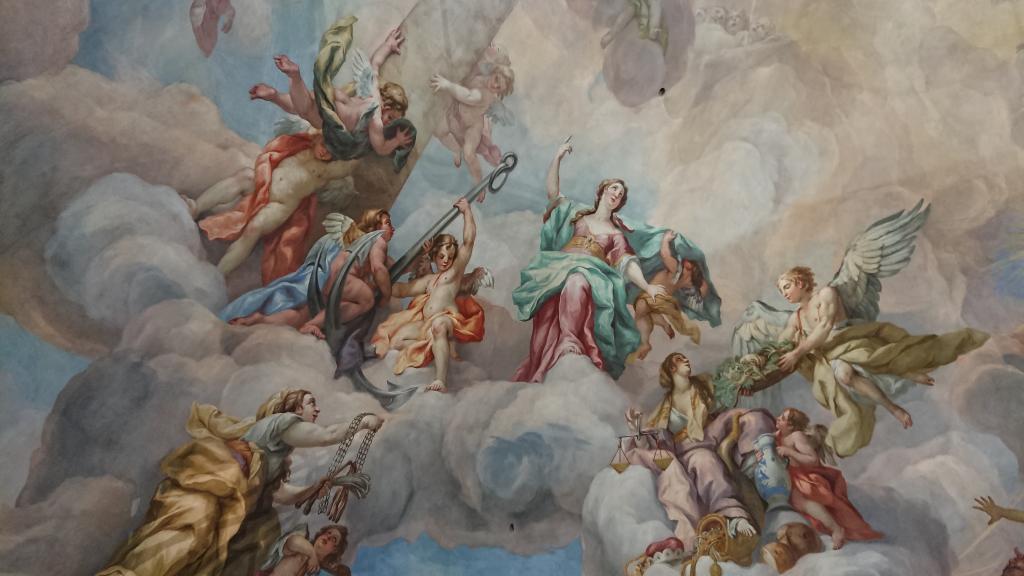 Contemplative
Retrieving Angels, or Why Faith Must be at...
Ordinary Mystic
TRENDING AT PATHEOS Contemplative 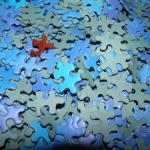 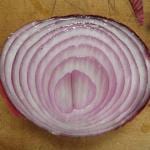 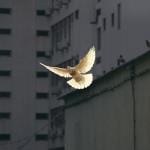