Dark Nights of the Soul: On John of the Cross, Jonah, and America

So dark the night!…I went with no one knowing upon a lover’s quest –Ah, the sheer grace! – so blest, my eager heart with love aflame and glowing.”

–John of the Cross, The Dark Night of the Soul

Dark nights are inescapable. As Dante put it, we sometimes find ourselves in a dark wood. For the Hebrew prophet Jonah, it’s not a dark wood in which he finds himself, but a stormy night at sea.  The dark night is that space in simply cannot find a way out. We have that feeling of being trapped, of not having options, of being stripped away from that which we most love. The only way forward seems to be, as Jonah asks his fellow sailors, to be thrown overboard.

America is surely facing a collective dark night. The lights of justice and decency have been eclipsed. Immigration and Customs Enforcement agents raid while it is still night. The President’s most unhinged tweets are sent at night. The still-cascading stories of women’s sexual harassment reveal men’s most abusive behavior as taking place at night. Some of us, especially the most marginalized, wake up in the middle of the night and feel afraid.

If there is a metaphor for our spiritual state of crisis right now, it is the dark night.

The Spanish Carmelite mystic John of the Cross coined this famous phrase: the dark night of the soul. If you pick up the writings of this Reformation-era monk, he can come across as austere, difficult to connect with, overly concerned with that medieval ascetic process called “mortification.” The word “mortification” itself sounds like something the Spanish Inquisition did, but is actually a positive process of re-ordering our desires towards God. 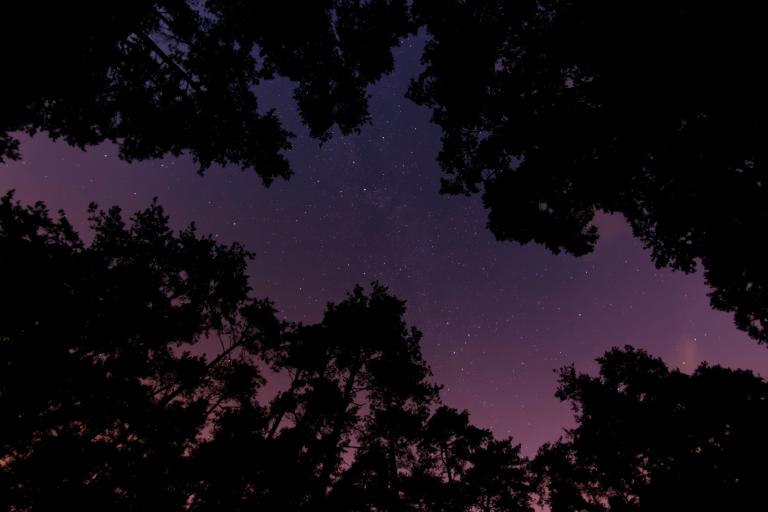 Nevertheless, John of the Cross can come across as distant, awkward at dinner parties, one of those heavy-handed, eccentric mystics. All accounts of Juan or John of the Cross, however, describe him as a joy-filled, loving man. A man wildly in love with God, a God he pictured as a living flame of love that sets us on fire with love, too.

It’s not the living flame of love for which he is most known, though, it is the dark night. He’s a Spanish monk in that rough and tumble time of 16th century Catholic repression and renewal, the time known as the Counter-Reformation. He’s a Carmelite monk, which is an order that traces roots back to cave-dwelling mystics in Jerusalem. And he is friends and partners-in-renewal with another famous mystic, the founder of a new Carmelite order called the Discalced or Barefoot Carmelites, Teresa of Avila.

And yet as joyful and filled with love as he is, not all of John’s Carmelite brothers support his work. He is pushing change too fast. He’s expecting people to care more about spiritual matters more than they actually do. Some people think he Teresa and he are amassing too much power. One night his own brothers kidnap him. They bring him to a town called Toledo, and throw him in a tiny cell, the size of a bathroom. They keep him there and torture him in the dark for eight months.

John has two choices, either slowly to die or to attempt escape. Under the protective cover of night, he gradually finds a way to escape from the small window in his cell.

While he sits languishing in his cell, he composes poetry. Poetry about the soul’s dark night. But strangely, John’s dark night is not a directionless, purposeless night. He does not describe his night as a night of suffering, abandoned and alone, as he has every reason to do. He calls his night a journey into the mystery of God.  The language becomes even more shocking—a lover’s journey into the dark mystery of God. “So dark the night!…I went with no one knowing upon a lover’s quest –Ah, the sheer grace! – so blest, my eager heart with love aflame and glowing.”

This is what his heart composes in prison, what he puts down, pen to paper, after recovering for a few months after his escape. How can this be? How can John perceive the depths of suffering as a lover’s quest? If it was not his personal testimony, we would dismiss it as foolish, as not taking suffering seriously enough. But what if John has stumbled into a divine mystery, a doorway of transformation?

That memorable prophet Jonah ends up in a fish’s belly for the unfortunate mistake of fleeing God’s presence. He receives a clear call from God to preach a troubling message to Nineveh, the capital of the Assyrian Empire. It’s a thankless mission. He is to name and confront them with their wickedness, to say that God sees them, and that their injustice and evil will surely bring about their downfall. It’s like Ta Nehisi Coates telling the truth about American racism—it is not a hopeful message and requires uncomfortable confrontation with reality.

Jonah runs and hides away on a ship. Rains start pouring and waves start thrashing. The sailors take up Jonah’s own suggestion to throw him overboard, since God is the one stirring waters of destruction. All because Jonah is running from divine relationship, fleeing divine encounter. They throw him overboard, and a giant fish, which tradition has called a whale, swallows him up. He remains in the fish’s belly, alive, for three days and nights.

It’s in Jonah’s dark night, with waves and billows passing over him, that he prays to God. Sometimes it takes crisis to bring us to our knees, to acknowledge that we are not in control. “I called to the Lord out of my distress and he answered me. Out of the belly of Sheol I cried, and you heard my voice.” (Jonah 2:2)

The darkness is the place of divine encounter.

Not only do Jonah and John of the Cross meet God in the darkness and the deep, but God raises them first in the darkness. But here’s the critical part: their escape and renewal is not dependent on the cessation of their suffering. Redemption is not a false promise that it will all become easier. Jonah claims that God hears his prayers, not after the fish spews Jonah out on dry land, but before. Jonah’s relationship with God deepens in the darkness, and strangely, because of the darkness.

John of the Cross calls his dark night sheer grace. He’s not saying that he enjoys being imprisoned. He’s saying that the darkness opens up such a chasm of helplessness that he has no other choice but to risk trusting God. His own resources have been exhausted, and he is at his wit’s end. This is where he stumbles into grace. This is first an inner reality of experience before it is theology. It’s not just nice spiritual talk. It’s real. It’s transformation.

The transformation in darkness of Jonah and John parallels the trajectory of Jesus himself. Jesus tells the religious leaders of his own day, those are used to handing out easy answers, that “No sign will be given to you except for the sign of Jonah.” (Matthew 12:39) Three days in the belly of the whale. Three days from passion to resurrection, that holy “Triduum” or three-day journey from Good Friday to Easter. And, in fact, John’s poem the Dark Night itself echoes an ancient Christian hymn sung on the night of Easter at what’s called the Easter vigil.

The first hours of Easter morning occur in the dark, but it’s a glimmering dark, because, as the hymn says, “This is the night when Jesus Christ broke the chains of death and rose triumphant from the grave.” Then, it adds, “Night truly is blessed when heaven is wedded to earth and humanity is reconciled to God.” (See The Impact of God by Iain Matthew).

We may be in a dark night in America, or a dark night of the soul in our personal lives. All spiritual wisdom suggests, however, that night is also the place when new possibilities and new life can emerge. A hope for what love may make of us through and after the dark night, though, is not a way of denying the night’s terrors. The crisis of the climate and the traumas of land theft and slavery moan in America today like voices of the dying. They speak their historical grief through assault on black, brown, and women’s bodies, and they cry out every day through current headlines. That an unabashed racist should inhabit the Oval Office is not, it turns out, surprising, given the violent undercurrent of America that Philip Roth called the “American beserk.” The terrors of this dark night demand reservoirs of inner resources and organized resistance on behalf and with the most vulnerable.

The dark night at its root, though–and only through facing injustice clearly–is always another invitation to love more fiercely, for our hearts to be set eagerly aflame and glowing. Given the darkness of America’s night right now, with immigrants packed in border camps and truth itself sold to the highest bidder or cruelest huckster, a fierce–and dare I say–revolutionary love must be born.

Photo by Jacek Raniowski on Unsplash

July 19, 2019 The Transforming Power of Contemplative Prayer
Browse Our Archives
Follow Us!