How the Spirit Babies Interfaith Ceremony came to be

Many years ago, a friend told me about the Mizuko Jizo, a Japanese deity that watches over the spirits of those who were miscarried, aborted or stillborn.  There are temples with gardens of hundreds of these jizo statues.  There is a place in Japanese society for women to grieve openly about their pregnancy losses.  There are ceremonies in Japanese temples for this, called Mizuko Kuyo.  The spirits of the unborn are called ‘mizuko’ or ‘water babies’ and they may come back again someday.

I told a friend about this ceremony when she had a miscarriage last year.  And then, earlier this year, I had to terminate a pregnancy due to medical reasons.  I remembered the Mizuko Jizo.  I got my own little statue, not from Japan, but from a Swedish artist on etsy.  I biked to the beach one afternoon and I did my own ritual to say goodbye to my mizuko.  It was a very off-the-cuff simple pagan ritual.  I consulted with a close friend who is a priestess to make sure I had something to represent earth, air, fire and water.  I asked that my mizuko go to someone who was ready for her.  I told her I would never forget her.  I left the beach and felt more at peace.  A few weeks later, I found out two people I knew were pregnant.  Perhaps my water baby had found a home.

A few months ago, I decided to get up in front of a roomful of women healers in a class on acupuncture and pregnancy and tell them about the ritual I had done.  Telling my story was one of the most difficult and important things I have ever done.  I told it through tears (and saw some in the eyes of other women in the room).  I told it because I want other women to know that this is an option for taking care of ourselves after we have experienced a pregnancy loss.  I find that in our society, we do not have the space to grieve openly about it.  And people often don’t know what to say to us.

After I spoke, a woman who is a doula approached me.  She told me that part of her work was training women to be abortion doulas so that no woman has to go through this alone.  We got together a few weeks later and decided to organize a ceremony for women and their loved ones who have been affected by miscarriage, abortion and stillbirth.  We decided to call it ‘Honoring Our Spirit Babies’ and to hold it on the Winter Solstice.  Our intention is that the symbol of the returning light after the longest night of the year will bring hope to those who attend the ceremony.

Honoring Our Spirit Babies will take place on Thursday, December 22nd, 2011 from 5-7pm at the First Unitarian Universalist Church of San Francisco at 1187 Franklin Street.  The ceremony will draw from Buddhism, Christianity, Unitarian Universalism, Paganism and more.  Isa Gucciardi will be officiating our ceremony.  She is the Founding Director of the Foundation of the Sacred Stream.

This is a free event.  People from all religious and spiritual paths are welcome.  All those whose lives have been touched by miscarriage, stillbirth or abortion are welcome.  We encourage people to bring something (for example: a photograph, poem, statue, etc.) to place on the altar.  If you are unable to attend, you may email us a thought, prayer or wish to ourspiritbabies@gmail.com that will be included on the altar. 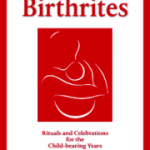