Blessingways and the role of ritual

Originally posted on September 18, 2012 by Molly 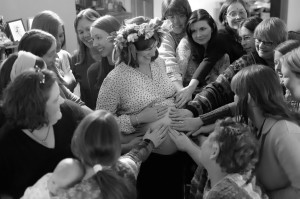 In this circle No Fear

I’ve recently been on a reading streak with books on ritual. I’ve always been interested in ritual, especially women’s rituals, and I’ve planned and facilitated a lot of different rituals. I also have a huge variety of books that include information on planning rituals, women’s spirituality books, books about blessingways, and more. I’m branching out even more with my recent kick though, starting with buying books on officiating/planning wedding ceremonies (I have two weddings coming up in October). Then, I was talking to some mothers of newly teenage boys about planning some kind of coming of age rite/ritual for them and  bought some more books on creating sacred ceremonies for teenagers. (I’m good with books for women/girls, but sadly lacking in resources for ceremonies and celebrations for boys/men.) One of the books I purchased was Rituals for Our Times, a book about “celebrating, healing, and changing our lives and relationships.” I left a mini-review on goodreads already: 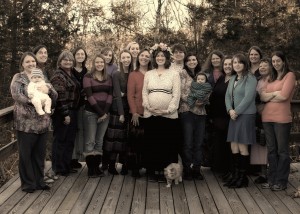 There were some good things about this book about the meaning, value, purpose, and role of ritual in family life. I lost interest about halfway through and ended up skimming the second half. While it does contain some planning lists/worksheets for considering your own family rituals, the overall emphasis is on short vignettes of how other families have coped with challenges or occasions in their own lives. Also, the focus is on very conventional, mainstream “ritual” occasions–birthdays, anniversaries, holidays–rather than on life cycle rites of passage and other more spiritual transitions in one’s life.

However, one section I marked was about the elements that make ritual work for us and I thought about blessingways and how they neatly fulfill all of the necessary ritual elements (which I would note are not about symbols, actions, and physical objects, but are instead about the emotional elements of connection, affection, and relationship):

Relating–“the shaping, expressing, and maintaining of important relationships…established relationships were reaffirmed and new relationship possibilities opened.” Many women choose to invite those from their inner circle to their blessingways. This means of deeply engaging with and connecting with those closest to you, reaffirms and strengthens important relationships. In my own life, I’ve always chosen to invite more women than just those in my “inner circle” (thinking of it as the next circle out from inner circle) and in so doing have found that it is true that new relationship possibilities emerge from the reaching out and inclusion of those who were originally less close, but who after the connection of shared ritual, then became closer friends.

Changing–“the making and marking of transitions for self and others.” Birth and the entry into motherhood—an intense and permanent life change–is one of life’s most significant transitions. A blessingway marks the significance of this huge change.

Healing–“recovery from loss,” special tributes, recovering from fears or scars from previous births or cultural socialization about birth. My mom and some close friends had a meaningful ceremony for me following the miscarriage-birth of my third baby. I’ve also planned several blessingways in which releasing fears was a potent element of the ritual.

Believing–“the voicing of beliefs and the making of meaning.” By honoring a pregnant woman through ceremony, we are affirming that pregnancy, birth, and motherhood are valuable and meaningful rites of passage deserving of celebration and acknowledgement.

Celebrating–“the expressing of deep joy and the honoring of life with festivity.” Celebrating accomplishments of…one’s very being.

Notice that what is NOT included is any mention of a specific religion, deity, or “should do” list of what color of candle to include! I’ve observed that many people are starved for ritual, but they may so too be deeply scarred from rituals of their pasts. I come from a family history of “non-religious” people and I feel like I seem to have less baggage about ritual and ceremony than other people do. An example from the recent planning for a mother blessing ceremony: we were talking about one of the blessingway songs that we customarily sing–Call Down Blessing–we weren’t sure if we should include it for fear that it would seem too “spiritual” or metaphysical for the honoree (i.e. blessings from where?!) and I remembered another friend asking during a body blessing ritual we did at a women’s retreat, “but WHO’s doing the blessing?” As someone who does not come a religious framework in which blessings are traditionally bestowed from outside sources–i.e. a priest/priestess or an Abrahamic God–the answer felt simple, well, WE are. We’re blessing each other. When we “call down a blessing” we’re invoking the connection of the women around us, the women of all past times and places, and of the beautiful world that surrounds us. We might each personally add something more to that calling down, but at the root, to me, it is an affirmation of connection to the rhythms and cycles of relationship, time, and place. Blessings come from within and around us all the time, there’s nothing supernatural about it.

I also think, though I could be wrong, that it is possible to plan and facilitate women’s rituals that speak to the “womanspirit” in all of us and do not require a specifically shared spiritual framework or belief system in order to gain something special from the connection with other women.

In another book I finished recently, The Power of Ritual, the author explains:

“Ritual opens a doorway in the invisible wall that seems to separate the spiritual and the physical. The formal quality of ritual allows us to move into the space between the worlds, experience what we need, and then step back and once more close the doorway so we can return to our lives enriched.”

You do not actually have to accept the ideas of any single tradition, or even believe in divine forces at all, to take part in ritual. Ritual is a direct experience, not a doctrine. Though it will certainly help to suspend your disbelief for the time of the ritual, you could attend a group ritual, take part in the chanting and drumming, and find yourself transported to a sense of wonder at the simple beauty of it all without ever actually believing in any of the claims made or the Spirits invoked. You can also adapt rituals to your own beliefs. If evolution means more to you than a Creator, you could see ritual as a way to connect yourself to the life force…

As I continued to think about these ideas, I finished reading another book on ritual called The Goddess Celebrates. An anthology of women’s rituals, this book included two essays by wisewoman birthkeeper, Jeannine Pavarti Baker. She says:

The entire Blessingway Ceremony is a template for childbirth. The beginning rituals are like nesting and early labor. The grooming and washing like active labor. The gift giving like giving birth and the closing songs/prayers, delivery of the placenta and postpartum. A shamanic midwife learns how to read a Blessingway diagnostically and mythically, sharing what she saw with the pregnant woman in order to clear the road better for birth.

[emphasis mine, because isn’t that just a cool idea?! I feel another blog post coming on in which I “read” my own blessingway experiences and how they cleared the way for my births]

Baker goes on to describe the potent meaning of birth and its affirmation through and by ritual acknowledgement:

Birth is a woman’s spiritual vision quest. When this idea is ritualized beforehand, the deeper meanings of childbirth can more readily be accessed. Birth is also beyond any one woman’s personal desires and will, binding her in the community of all women. Like the birthing beads, her experiences is one more bead on a very long strand connecting all mothers. Rituals for birth hone these birthing beads, bringing to light each facet of the journey of birth…

“I wish for you a life full of ritual and community.” –Flaming Rainbow Woman, Spiritual Warrior

(in The Thundering Years: Rituals and Sacred Wisdom for Teens)

“Genuine, heartfelt ritual helps us reconnect with power and vision as well as with the sadness and pain of the human condition. When the power and vision come together, there’s some sense of doing things properly for their own sake.” –Pema Chodron

(in The Thundering Years: Rituals and Sacred Wisdom for Teens)

Other posts about mother blessings can be found here.

Molly is a certified birth educator, writer, and activist who lives with her husband and children in central Missouri. She is a breastfeeding counselor, a professor of human services, and doctoral student in women’s spirituality at Ocean Seminary College. This summer she was ordained as a Priestess with Global Goddess. Molly blogs about birth, motherhood, and women’s issues at http://talkbirth.me and about thealogy and the Goddess at http://goddesspriestess.com 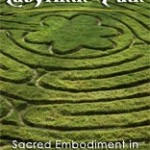 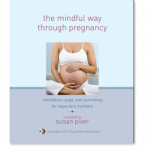