The Birth of Alaina
January, 2011
7lbs, 8oz; 20 inches.
Short version of her story is here, longest version is here, and labor pictures are here.

I had a restless, up and down night, getting up at 3:00 a.m. and even checking in with my online class. My husband got up with me and we talked and speculated. Waves were four minutes apart and then kind of dissipated unenthusiastically away. He went back to bed at 4:00 and I listened to my birth hypnosis CD. At 6:00, I was feeling trapped lying down and got up. My husband, Mark, got up then too and worked in the kitchen, while I walked around and leaned on the kitchen’s half-wall during contractions (a lot. It was the perfect height). Sitting down in a chair caused horribleness, leaning forward on the ½ wall was good. Called Mom and told her to be on standby and to notify my blessingway crew. Also, called my doula/friend, Summer, to be on alert. Labor felt serious, but not totally. Also was having back involvement which each wave. I felt like I would have a real contraction and then a closely following, but milder, back-only contraction (no tightness in uterus really during these, but definitely a wave-like progression and then ease of sensation).

I was very quiet during most waves until the end. I think because I was doing hypnosis for birth and was concentrating on that. Then, I would talk and analyze and be very normal in between. This pattern seemed to lead to a decreased perception of seriousness from others of my need for attention—Mark washed dishes, went outside to take care of chickens, work on fire, feed cats and so forth. The boys woke up at 7:00 a.m. and as soon as they came out and started talking to me (Mark was outside), I knew they needed to go elsewhere. We called my mom at 7:30ish and she came to get them. I did not want to feel watched or observed at all, so asked her to wait to come back.

I kept waiting for the action to increase and feeling distressed that it was taking such a “long” time. I suggested to the baby that she come out by 10:00. I continued to stand in the kitchen and lean on the ½ wall, sometimes the table or the bathroom counter. Dismayed to see no blood/mucous, nothing indicating any “progress.” Significant feelings of pressure and pain in lower back continued and at the time felt normal to me, but looking back seems like an above-average degree of back sensation. In another intensity-increasing experience, the baby moved during contractions for the entire labor until the contraction before I pushed her out. She moved, wiggled and pushed out with her bottom and body during each contraction, which really added a new layer of intensity that was difficult. I was, however, glad she was moving because then I knew she was okay, without doing any heart checks.

I went into the living room, very tired from bad sleep during the night. We set up the birth ball in the living room so I could sit on it and drape over pillows piled onto the couch. I spent a long time like this. Mark sat close and would lightly and perfectly stroke my back. Continued to use hypnosis—finger-drop, peace and release, with most waves.

Called Mom to come back and 9:00 or so, at which point I finally had a little blood in my underwear. Kept up my ball by the couch routine and moved into humming with each wave. Also did some contractions on the floor leaning over the ball. Also good.

On the ball, I began to feel some rectal pressure with each wave. However, I felt like the waves were erratic still, with some very long and intense and then smaller ones. Hums began to become oooohs and aaaaahs and I began to feel like there was a bit of an umph at the end of the oooooh. Went back to the bathroom and there was quite a bit more blood (plus mucous) and I started to fret about placental abruptions and so forth. Left the bathroom analyzing how much blood is too much blood and began to critique myself for being too “in my head” and analytical and not letting my “monkey do it.” Said I still didn’t feel like I was in “birth brain” and wondered if that meant I still had a long time to go. Started to feel concerned that I was still early on. This is a common feature of all of my births and is how the self-doubt signpost manifests for me. Rather than thinking I can’t do it, I start thinking I’m two centimeters dilated.

I almost immediately returned to the bathroom and at some point in the bathroom, I said, “I think this is pushing.” I was feeling desperate for my water to break. It felt like it was in the way and holding things up. I reached my hand down and thought I felt squooshy sac-ish feeling, but Mom and Mark looked and could not see anything. And, it still didn’t break. Mom mentioned that I should probably go to my birth nest in order to avoid having the baby on the toilet. My birth nest was a futon stack near the bathroom door with my birth altar arranged near it. I felt like I wanted to kneel on hard floor before reaching the nest, but I made it to the nest.

I was down on hands and knees and then moved partially up on one hand in order to put my other hand down to feel what was happening. Could feel squishiness and water finally broke (not much, just a small trickle before her head). I could feel her head with my fingers and began to feel familiar sensation of burning in front. I said, “stretchy, stretchy, stretchy, stretchy,” the phone rang, her head pushed and pushed itself down as I continued to support myself with my hand and I moved up onto my knees, with them spread apart so I was almost sitting on my heels and her whole body and a whole bunch of fluid blooshed out into my hands in one moment.* She was pink and warm and slippery and crying instantly—quite a lot of crying, actually. I said, “you’re alive, you’re alive! I did it! There’s nothing wrong with me!” and I kissed her and cried and laughed and was amazed. I felt an intense feeling of relief. Of survival. I didn’t realize until some moments later than both Mark and Mom missed the actual moment of her birth. Mark because he was coming around from behind me to the front of me when I moved up to kneeling. My mom, because she went to stop the phone from ringing. I had felt like the pushing went on for a “long” time, but Mark said that from hands and knees to kneeling with baby in my hands was about 12 seconds. I don’t know. Inner experience is different than outer observation. What I do know is that the moment of catching my own daughter in my hands and bringing her warm, fresh body up into my arms was the most powerful and potent moment of my life…

(*For some additional thoughts on the spontaneous birth reflex I experienced, see this post.) 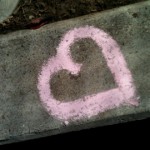 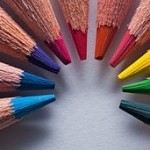 April 15, 2013 Our rockin' writers
Recent Comments
0 | Leave a Comment
Browse Our Archives
get the latest from
Pagan
Sign up for our newsletter
POPULAR AT PATHEOS Pagan
1

Irish-American Witchcraft: Why the Roots of...
Agora
Related posts from Pagan Families

Samhain Incense and Divination by Fire
A special Samhain incense recipe and divination by fire ritual that you...
view all Pagan blogs
What Are Your Thoughts?leave a comment
Copyright 2008-2021, Patheos. All rights reserved.