Rituals for a 5-Year-Old

(This was originally posted on Niki’s personal site, My Own Ashram.)

Last week my son had his 5 Year Old Rituals. What does that mean? Let’s start at the beginning.

My son was born prematurely and spent the first month of his life in the NICU (neonatal intensive care unit). It was easily the worst month of my life. Son, B, was born healthy and strong, though very, very small. He has grown to inherit both his mother’s and his father’s emotional intensity, so while he’s a bright, healthy, empathetic little guy, he’s also combative, struggles especially much with impulse control, and wants all the attention all the time. (Some of this is typical to the age, some is very clearly inherited personality.)

Adam and I have wondered if some of the emotional intensity of our son is due to his month in the NICU. Surely, infants have no memory of such things? He was cared for, relatively healthy, and I was with him nearly 24/7. Two years ago our suspicions were confirmed. Sitting around the table in Wales, eating breakfast one morning, Adam and I were discussing when we would move. B was just shy of 3 1/2 years old. “Don’t leave me!” he said. “Of course we wouldn’t leave you,” we responded. “Don’t leave me like you did in the hospital,” he said. Now, B knows he spent a month in the hospital, but we’ve never given him the details. What he said next blew my mind. “You left me in the hospital and I was lonely. I tried to take my stickers off, but the doctors wouldn’t let me.” And here he touched the exact places on his torso where the monitors had been attached. He had indeed tried to rip them off repeatedly. He successfully managed to rip out his feeding tube two or three times in the first weeks as well. Besides showing me that even pre-term infants have the capacity for feelings and memory, this confirmed that his early experience was exacerbating the intensity of his emotions.

Fast forward to this summer.

At the Gathering I attended in Canada in May I had the pleasure of meeting a family raising their kids in their tradition (I think it was a branch of Wicca). Their eldest child, a male, had recently undergone his Coming of Age Ritual. I asked many questions, heard the story, their reasoning, and I witnessed how self-possessed their 14-year-old son was. I was really moved. Something else they told me was that they had been building up to it over years. It hadn’t come out of the blue, but had a context. Coming of age meant something specific for their family and also for the community they circled with.

My husband and I have talked off and on over the years about the lack of rituals in our Western world. We have them, but we don’t call them out as rituals, of course. Adam and I would like to have Coming of Age Rituals for our kids, but that context starts long before 12 or 14 or whenever they’re ready. So we decided to start at 5.

When I was pregnant with my son, we were living in California and the state had a big advertising campaign for healthy kids; 0-5 years were the ages covered. How could all of those ages be lumped together? I was confused. How is an infant and a 2-year-old and a 5-year-old similar? Now that I’ve got my own kids I see just how appropriate that grouping is. Only recently has my son left all the traces of babyhood behind. The leaps of emotional, intellectual, and physical development that occur through out these years are huge and consistent. And at five kids in the United State start kindergarten. Five felt like the right age to start rituals.

Over the course of the summer we’ve been talking about B’s ‘Five Year Old Rituals.’ He seemed excited. He couldn’t wait! Adam and I have been planning out what to do, what might have meaning for him, etc. We wanted an element of surprise. We wanted to incorporate a few aspects of ritual as Adam and I experience them. We wanted to bring in some of our spirit allies. We wanted a few tasks that would mark the end of an era and the beginning of something new, using the strengths that B has. And we would celebrate!

Last week he finally had them! And it was NOT what we expected.

After putting both kids to sleep, we woke B up and had him get dressed again. He had only been asleep for 10 minutes, but he sleeps deeply and did not want to wake up. We told him there were cupcakes waiting for him at the end of the ritual – that did the trick! While I set up a few things outside, he had to help Adam build a fire in the fire pit. He carried the wood and learned to light matches. He was awake and happy at this point. We sat on the ground and did a little grounding meditation. I said the Holy Mother prayer and called to Ganesh and our Ancestors for guidance.

Fire, made by my son and Adam

At this point B was sitting on the ground with his hands over his ears. He didn’t want any of the prayers. I brought out some special spirit food incense and he was more than willing to help sprinkle it into the fire.

Then everything devolved into a nasty mess of name calling, tears, and yelling.

The backyard was dark, except for the fire in the pit. B ran around the backyard telling us our fire was an ‘idiot fire’ and it was weak because it wasn’t burning up to space. He was angry and crying. Adam and I were a little stunned. Hadn’t he been looking forward to this? We had to reinvent our three tasks and rethink the ritual.

For the first task we had planned to recreate a womb with our bodies and have him push out. Like the armchair psychologists we are, we hoped that maybe this would give him some sense of closure and empowerment around his birth story. In the end we didn’t do this, but there was some physical struggle, since he came up and starting trying to tip me out of my chair, hitting me and trying to throw a brick at me. So we held him tight and he screamed and pushed us away.

His next task was to jump the fire. While I held B and tried to get him to stop yelling (it was 10 at night, midweek, and the neighbors were trying to sleep), Adam started jumping over the fire. This got B’s attention. We told him his task was to jump the fire. He didn’t believe he could do it. We told him we’d help him and explained that it was ok to be scared. Finally we were able to convince him to try. We held his arms as he ran and when he jumped, we lifted him up over the fire. This scared the crap out of him and he started crying some more.

At this point we decided to move inside, so as not to wake the neighbors. I carried things downstairs to Adam’s office and altar. Adam and B put the fire out. Once downstairs we sat and grounded again and then asked B to tell us his story so far. He’s very articulate, with a great memory, but he wanted our help. We coaxed him and he told us the events of his life that he remembered.

Finally I anointed him with water from the jug in which I have water blessed for Kali. He wiped that off immediately. We said we were proud of him, that he was no longer a baby, but now a boy. We gifted him with his own statue of Ganesha, and with a little incense holder and incense matches. He giggled with delight at the statue, hugging it and crying out, “My very own Ganesh!” We finished with tiny cupcakes. Exhausted, we all tidied up and got ready for bed.

Was this a traumatic experience for him? I wondered if this might only make things worse. What a confusing and far more upsetting experience than we had expected or hoped for. Did we do the wrong thing in thinking this was appropriate? Tucking him into bed that night, he said he wanted me to sleep with him, that he didn’t want to be a boy but to stay a baby. Then he rolled over and fell asleep.

What was fascinating is that the next day he woke up and proudly told his sister that he had had his Five Year Old Rituals. We went out for a celebratory lunch altogether. Two kids, aged about 5 and 7, were sitting next to us. B said they’d probably had their Rituals too. His grandparents came over unexpectedly that afternoon and he proudly told them about his Rituals.

Later Adam told me that B had apologized in the morning for calling us names, saying that he was scared and he had wanted to shut down the things that were scaring him (the ritual), but he didn’t know how so he called us names.

In the end, this was a very different experience than either Adam or I expected. We learned a lot about our son. We learned that ritual with children is never going to go as we plan it. But it also served its purpose. Our son feels like he did something Significant and he feels proud of himself. Those are great things to hold in his heart as he heads off to kindergarten in two weeks time. 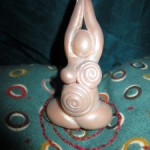 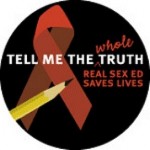 August 22, 2013 Abstinence-only sex ed is against my religion
Recent Comments
0 | Leave a Comment
Browse Our Archives
get the latest from
Pagan
Sign up for our newsletter
POPULAR AT PATHEOS Pagan
1

You Cannot Be Taught To Be...
For Puck’s Sake
Related posts from Pagan Families