Abstinence-only sex ed is against my religion

Abstinence-only sex ed is against my religion August 22, 2013 Guest Contributor 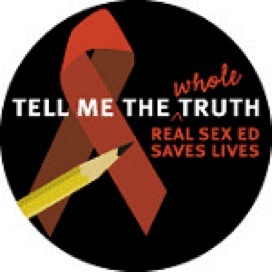 My eldest daughter is starting seventh grade and with that comes the “Teen Living” class, which includes learning about peer pressure, interpersonal relationships, and a five-day sex ed course. By and large, I’m not opposed to this kind of thing. Becoming a teenager is difficult business and when schools pay attention to that fact, it can potentially make that transition much, much easier. I’m not even opposed to sex ed in school. It’s important for young men and women to know what’s going on in their bodies and how to treat them well to prevent disease, to plan pregnancies, and to promote good physical and mental health. I’ve run into one or two things in the state curriculum that are Pagan-unfriendly, but nothing I can think of that was actively against my religion until they decided to teach abstinence-only sex ed.

Abstinence only teachings are ineffective and irresponsible. It is absurd to assume that teenagers aren’t going to have sex and it is irresponsible to fail to give them accurate information about contraceptives, good sexual health habits, and responsible sexual behavior. Safe, sane, and consensual behavior and practices are far more useful and practical. To say that abstinence is the only way to prevent disease and pregnancy is like saying “If you don’t want to get into a car wreck, don’t drive.” That message can only get you so far… as it were. The article linked at the beginning of the paragraph does an excellent job of detailing exactly why this is bad policy and there are so, so very many reasons, but here’s a quote that highlights the crux of the problem for a Pagan parent like myself:

The Sexuality Information and Education Council of the United States (SIECUS) has conducted in-depth reviews of six federally funded abstinence-only education curricula.157 In general terms, SIECUS concluded that “[a]lthough they vary, these curricula share a number of common characteristics: they are based on religious beliefs, rely on fear and shame, omit important information, include inaccurate information, and present stereotypes and biases as fact.”158 (emphasis mine)

Abstinence-only is a religious teaching and it isn’t my religion they’re teaching.

The only kind of sex that’s acceptable to teach in the classrooms in the State of Tennessee is that between a man and a woman who are married, but you don’t have to look very far into the Greek pantheon to find sexual relationships that go beyond this extremely narrow view of what is okay. Let’s start with the “sex outside of marriage” bit. Consider for a moment that, while he has many children and has had many lovers, Apollo is not married. Outside of marriage, he fathered Asklepios, god of medicine, and Aristaeus, god of cattle, fruit trees, bee-keeping, animal husbandry, and dairy production. Being that I happen to like both skilled physicians and cheese, I must conclude that the sex that produced these holy children was a good thing. (Aristaeus’ mom, Kyrene, once wrestled a lion to the ground for bothering her sheep. A lion. To the ground.) He had many other lovers and many other children, but these are two notable examples. Apollo himself, along with Artemis, was the product of an extra-marital affair, though the relationship between Zeus and Hera is more tangled and deserves more attention than I can give it here.

You don’t have to look very much further to find same-sex relationships as well and I can guaran-damn-tee you that schools in this otherwise fine state are not going to teach that same sex relationships are a beautiful thing. My favorite tragic love story is that of Apollo and Hyakinthos– not my favorite tragic gaylove story, but my favorite tragic love story, period, full-stop. Romeo and Juliet have nothing on Hyakinthos and I like Shakespeare. This story shows, even though it ends tragically, that the gods take notice of a person who is highly skilled and that their love is not gender-specific.

And let’s talk about the false gender binary and gender-based stereotypes, shall we? Once upon a time, Hermes and Aphrodite had a beautiful baby known as Hermaphroditus. His love for a nymph transformed him into a being that was neither male nor female and while one might take a perspective on this that reinforces “traditional” ideas on gender, I choose to believe that Hermaphroditus shows us that we are both male and female and everything in between. S/he chose to express sexuality in this way and to be androgynous is seen as a blessing. It should be noted that S/he is an excellent god/dess to have at your hetero wedding, embodying the unity between a man and a woman.

Furthermore, while relationships often lead to tragedy, sex itself is never presented as bad, evil, or shameful. Sex is powerful, as the god Eros can teach us, and sex is beautiful, as Aphrodite can show us. There are many, many cautionary tales about being careful about sex and how relationships can go wrong in the Greek myths, but it’s carelessness and hubris that cause trouble and not sexuality in and of itself. And I cannot ignore the fact that most of my gods are polyamorous. According to how I interpret the myths and interact with my gods, teaching that the only acceptable sex is that between a husband and wife actively goes against my religious beliefs. My gods do not behave in that manner, the myths do not teach it, it is contrary to how humans actually behave, and it ignores the diversity of sexual expression and gender expression.

Sex is a sacred act and a magickal act, something to be approached carefully and seriously, but not something to be avoided. Mind you, it is not in any way appropriate for an eleven-year-old kid to be having sex, but to use fear and shame to intimidate children into avoiding sex until marriage is to vilify something I see as sacred. I’ve only barely touched on sexuality in a Hellenic Polytheist context, but I wanted to show a few examples about how my religion approaches sexuality and how it vastly differs from what the state thinks is okay to teach to my kid. I oppose abstinence-only sex education on the grounds that it is ineffective, impractical, and teaches a religious belief other than my own. This program is not okay.

In addition to her personal and group practice as a priestess of Apollo, Sunweaver works as interfaith clergy with a diversity of religious groups in the Middle Tennessee area. She is a founding member of the Rutherford County Women of Faith and has worked with the area interfaith center, Wisdom House, to help bring positive awareness to the non-Abrahamic religions. She is a fiber arts enthusiast as well as a mother and a Master’s student in biology. 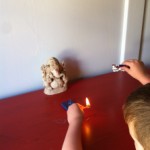 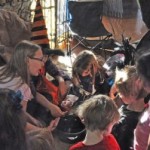 August 27, 2013 What Pagan Families Can Learn From Unitarian Universalists
Recent Comments
0 | Leave a Comment
Browse Our Archives
get the latest from
Pagan
Sign up for our newsletter
POPULAR AT PATHEOS Pagan
1