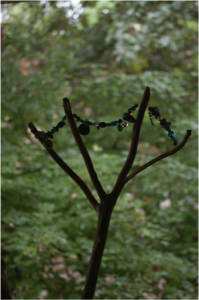 I am watching my grandson become a pagan. Until recently he had no interest in religion, or spirituality, and had no patience for “ritual stuff.” He would stubbornly declare that he did not believe in deities or spirits, and he wouldn’t sit still for me trying to teach him any “religiousness,.” That never stopped me from being open and talking about my beliefs. More than that though, like setting the stage and introducing the scene and the characters, I have been implanting a world view, programming his interface with his world. Did I do this consciously? Sometimes, but mostly not.

We all program our children’s interface with the world, the scripts they use to know how to respond when faced with a person, a situation, or an object. “This is a ball-we throw it, this is a cookie-we eat it, this is a doctor-we let her put strange things in our mouths and ears…” Mostly we don’t think about it, most of what we teach them, we do without planning or even realization. We each perceive and interact with our world in our own way, and our children learn to perceive and interact with their world in much the same way as we do. As a young mother I was much less aware of it, but even as a Cronemother, I am still sometimes surprised by what my grandson has learned from me when I wasn’t looking.

Very recently, I was running late, facing morning rush hour traffic, and grumbling about it. You know, one of those days when every car seems to want to cut you off, or not let you in, or…grumble, grumble, grumble…My grandson calmly looks over at me and says “Grandma, if you would stop throwing all that negative energy at the traffic, maybe it would cooperate with you.” Well, yes, of course you are right dear boy, when did you learn that? “Sheesh, Grandma, you’ve been telling me that since I was born!”

A few months ago we were having a discussion about my “goddess stuff,” (which he brings up an awful lot for a ten year old boy who doesn’t believe in any of it,)  and he firmly asserted that there are no deities, there are only the energies of the earth, and the plants and animals. I smiled and agreed with him about how our energies are all connected, and if we really pay attention we can hear what the animals are trying to tell us, and how the seasons make us feel differently. He tells me that scientists have learned that the moon influences everything because its gravity pulls on the water in everything. “Really, how interesting,” I tell him, and we launch into a discussion about how that effects peoples energies and moods.

It was no big surprise when my grandson came home last week and said that when the Christian boys in his school told him about the Ten Commandments, he informed them he was a Pagan and didn’t believe in that “bible stuff.” Then says he, my previously disbelieving boy, “Grandma, really I think I am a Shaman, can you start teaching me about that?” Yes, I know, and I already have my little love, I already have 😉 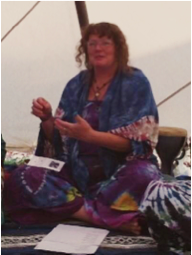 Shellei is a priestess, artist, and teacher whose spiritual practice is the empowerment of others. Shellei teaches herbal medicine, and facilitates sacred craft, and creative communion. She also creates beautiful Goddess inspired art and ritual wear. DanuDaughter.com GoddessGarb.com 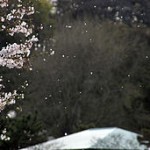 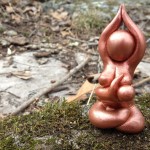