Pagan Families has been too slow to write about the current movement for racial justice and to affirm that #BlackLivesMatter. In “A Commitment to Realignment and Resignation” Crystal Blanton explains why Pagan organizations must be clear in their opposition to racial injustice.

So I wrote something frankly pretty indulgent about my personal grappling with white privilege as a parent. It was useful to me to write it, but I’ve decided not to publish it. I realized that what I’m hearing over and over again from Black people is that they really want white people to stop making the current movement for racial justice into another opportunity to talk about white people.

So instead, I want to use this platform in service of trying to center and amplify the voices of Black people and other people of color. Here are some essays by writers of color making the connections between parenting, racial justice, and police violence:

I invite you to use the comments here to link to other places where people of color are speaking out for racial justice. I would also like to invite Pagan writers of color who lack a place to publish their words, to reach out to me at paganfamilieseditor@gmail.com about publishing your essay here at Pagan Families. 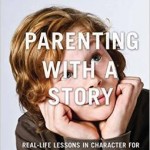 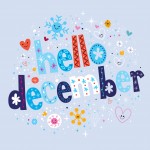 December 31, 2014 10 Great Reads of December on Paganism, parenting, social justice, and celebrating the season
Recent Comments
0 | Leave a Comment
Browse Our Archives
get the latest from
Pagan
Sign up for our newsletter
POPULAR AT PATHEOS Pagan
1

A Collection of 12 Sigils for...
A Modern Traditional Witch
Related posts from Pagan Families