When Kids Meet the Gods

A few years ago, my oldest daughter and I picked out a new book to read at bedtime: Odd and the Frost Giants, by Neil Gaiman.  It’s a fun book about a Norse boy named Odd who becomes swept up in a grand adventure with Odin, Thor, and Loki; and he meets a few other deities along the way.  My daughter absolutely loved it, and was immediately caught up in this compelling story about Gods that had, so far, only been distant names in grown-up rituals.

It was the middle of June, and so one night a huge thunderstorm came rolling in, with booms loud enough to shake the house.  My daughter has always been a little scared of storms, but that night I didn’t hear a peep out of her.

“Did you sleep through that huge storm last night?” I asked over orange juice as we sat down for breakfast the next morning.

“No, it was so loud!” she replied with big eyes.  “But Loki was there protecting me.”

I was taken aback.  Sure, she liked to help out during rituals and had a lot of fun scattering birdseed for the nature spirits, but I’d never heard her talk about a deity before.  She’d never said anything about encountering a spirit.  In fact, I could probably count on two hands the number of times I had encountered a spirit in such a real way.  And so I wrote it off as a passing fancy, a childhood game about a book she was really enjoying.

Don’t do that to your kids.  In a culture where our kind of spirituality is either seen as demonic or ridiculously silly, reacting to a child’s description of spirits or the supernatural by dismissing their experience is an awful thing.  Growing up, I had many imaginary friends – and I wonder now how imaginary they really were, or if a society obsessed with objective reality and facts pushed me away from them.  I remember my grandmother, who would come out to the fields and pet my invisible horses with me, who would read me book after book about the wild and free spirits that once roamed the prairie where I lived.  Who would encourage my children if I, of all people, was playing the skeptic?

As time went on, my daughter became more and more interested in Loki – giving Him offerings in ritual, devouring the myths about Him, even saying little spontaneous prayers as she went to sleep.  Somewhere along the way, I became convinced that she had met Him, and I’ve tried to support her as best I can since then.  He’s been good for her – she’s become a little more flexible, a little more mischievous, not quite the rigid rule-enforcer that she once was.  I think I will always regret that my first response was to disbelieve her experience.  Without all of the ingrained cultural muck blocking the way, it’s now my opinion that children are more likely to receive that kind of attention from spirits; and rather than helping them shut that off, we should help them grow and set their own boundaries with that gift. 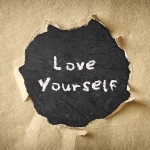 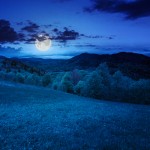 February 23, 2015 What Nights Are For
Recent Comments
0 | Leave a Comment
Browse Our Archives
get the latest from
Pagan
Sign up for our newsletter
POPULAR AT PATHEOS Pagan
1