Grief Is A Personal Matter

This Sunday is Remembrance Day in the UK and the Commonwealth, when we commemorating members of the armed forces who have died in war. In the run up to Remembrance Sunday, many of people buy and wear poppy symbols sold by the Royal British Legion charity which supports soldiers and their families. I usually buy a poppy or two every year; last year, I laid one on the grave of a solider who died just days before the end of the Second World War at my local cemetery when I visited to give Samhain offerings.

The poppy is a very powerful symbol for people in Britain, and like Remembrance Sunday itself it means different things to different people. For some, it expresses pride in the British military. For others, it is a patriotic symbol, expressing Britain’s endurance through military struggles. And for many more, it expresses grief at the loss of countless lives of men and women who have died to protect the people of their country. But the nature of the poppy as a symbol of death and mourning pre-dates its use by the Royal British Legion by thousands of years. Its blood-red colour, together with its association with opium which brings on a deathly trance in the user, means that the poppy has long been associated with the ancient gods of death, including Persephone and Thanatos. It’s also a Lammas symbol, as its appearance at the beginning of the harvest remind us of the sacrifice of the Corn King, the spirit of the fields, who falls beneath the scythe so that we can use it as food. Neopagans may use the poppy when honouring the spirits and deities of death and sacrifice, as well as their own ancestors. The close proximity of Samhain with Remembrance Sunday in Britain gives the poppy added significance as a death symbol for some UK Pagans.

But like all powerful symbols, the poppy is not without controversy. There are many in the UK who choose not to wear a poppy for a number of reasons. Some do not wear a poppy because they believe this pretty flower glamorises the brutality of war, wrongly turning something horrific into something beautiful (I find it revealing that while so many people love the poppy, a supermarket faced heavy criticism last year for incorporating what the poppy actually represents into its remembrance display – the figure of a dead soldier). For others, the poppy is less of a public symbol and more of a political one (the football association FIFA certainly thinks so), and that by glorifying former wars we forget the mistakes and atrocities committed by soldiers on all sides. Some do not like the fact that the Royal British Legion dominates over other charities in the UK as theirs is usually the only symbol that TV producers will encourage presenters to wear – compare with the pink Breast Cancer Awareness ribbon, for example, which we do not see nearly as often. And for many pacifists in the UK, the poppy is simply a reminder of militarism and conflict, which they believe should receive less focus than endeavouring towards a more peaceful world (these people may choose to wear a white poppy instead, which stands for peace and is not produced by the Royal British Legion).

I am therefore saddened to see so much bullying surrounding the poppy these days. Celebrities and other public figures who, for whatever reason, have appeared on camera not wearing the red poppy have been subject to questioning, criticism and abuse for not wearing one. Variously labelled “unpatrotic,” “unsupportive” and “ungrateful,” these individuals have been expected to explain themselves, and justify their decisions to the media. On the flip side, there are those who have branded all people who choose to wear a poppy as “ultra-nationalist” or “racist;” perhaps because in recent years some far-right groups have appropriated the poppy symbol.

It saddens me because these petty arguments show that something tragic has happened to the poppy – that some people are now more concerned with the symbol itself rather than the meaning behind the symbol.

It saddens me because the attention on who is and isn’t wearing a poppy eclipses the attention that should be focused on the people who have suffered in war.

It saddens me because too many people now wear the poppy in order to conform with others, out of fear of being criticised and labelled “un-patrotic” or “unsupportive” if they do not – rather than wearing the poppy because they genuinely want to show their remembrance and respect of fallen soldiers. And it saddens me that, on the opposite side, there are those who choose not to wear the poppy because of its misuse by the far right.

And it saddens me because of the bitter irony of it all. The poppy symbolises those who sacrificed themselves so that we could live in a free society, where we can express ourselves without fear of persecution.

Ultimately, Remembrance Day is about grief. It is about mourning the extremely sad loss of lives, too many of which were so short. Just like grieving for friends or relatives, grieving for the war dead should be a personal and private matter – by which, I do not mean that there shouldn’t be public services and ceremonies, but that we respect those who choose to grieve in their own private way. If they prefer to mourn in a manner that does not involve the red poppy, that is their choice. Even in the increasingly secular landscape of Britain, death remains one the domains where ritual and religious imagery still play an extremely important role. And in the same way that we respect religion as an individual, personal matter, so too should we respect grief in the same way, be it for individuals or for the millions who have died in war. 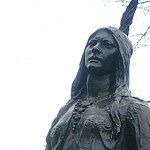 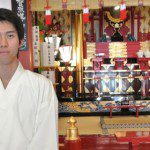 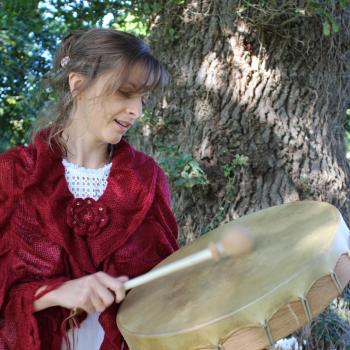