Why I Don’t Do Rituals In My Garden Anymore

You may have already read the reports about John “Bearheart” Bennett, a British druid who was stabbed and beaten by his neighbours for making too much noise during a full moon ritual.

Bournemouth Crown Court heard that next door neighbours Mark and Anne Denyer had become increasingly annoyed by the drumming and chanting performed by Mr Bennett every full moon. Things came to a point one night in November, when Mr Denyer prompted an exchange of “insults and threats being traded on both sides” of Mr Bennett’s garden fence.

And then, Mr Denyer armed himself with a carving knife and went round with Mrs Denyer (carrying an umbrella) to Mr Bennett’s house, where Mrs Denyer struck Mr Bennett with the umbrella, causing immediate bleeding. Mr Denyer then stabbed Mr Bennett in the stomach. The knife penetrated his abdominal muscle tissue.

As Mr Bennett tried to disarm Mr Denyer and defend himself, Mrs Denyer beat again with the umbrella.

After hearing this story, I have three questions.

Was the sentence too lenient?

I can’t help but think the sentence was quite lenient for what appears to be a very serious crime. Mr Denyer is guilty of stabbing someone in the stomach. That could have been fatal. The judge seemed to wave this aside, saying, “Mr Bennett is a 22-stone man of very big build with a big belly.” In other words, he seemed to think the crime was less serious because Mr Bennett’s build meant that the knife didn’t penetrate as far as it would have in a person of slimmer build. It seems strange to me that it would be less serious to stab a big man than a small man.

I also find it hard to accept the judge’s assertion that “neither the Denyers had intended to do serious harm to their neighbour.” If that’s the case, why did Mr Denyer go round to Mr Bennett’s house with a carving knife?

Why the focus on the victim’s lifestyle?

I noticed that the press coverage seemed to focus more on the personality of the victim than the criminals.

Now I’m not for a second going to defend Mr Bennett’s noisy rituals. No-one has the right to subject their neighbours to high noise levels, especially at night. As I’ve written about recently, religion is not a trump card to let you get away with bad behaviour or to give you extra privileges. We don’t know the full details, but from the reports it does sound like Mr Bennett may have been inconsiderate towards his neighbours and should have kept the noise down. Particularly as it sounds like the Denyers had previously made complaints to the owner of the residential park where they live (but not, it seems, directly to Mr Bennett himself).

But that doesn’t excuse what his neighbours did to him. He is still a victim of a serious crime. Yet much of the press coverage seemed to try and portray him as a sinister, suspicious character. Take a look at this from The Telegraph:

But fellow residents spoke of the strange noises and smells that sometimes wafted from Mr Bennett’s garden.

One neighbour, who didn’t want to be named, said: “We sometimes heard odd, not normal, music and smells like joss sticks and things. John has a personalised number plate for his car that says 666, which is a bit worrying.

“I think he’s quite open about saying he’s a witch.”

“Odd music.” “Strange smells.” “A bit worrying.” Everything here seems to be a process of ‘othering’ Mr Bennett, making judgements about his lifestyle.

The Telegraph didn’t record anything the neighbours may have said about Mr and Mrs Denyer and their lifestyle.

Mr Bennett may not be a good neighbour. But I can’t help but feel he’s also the victim of prejudice from neighbours who don’t like his “not normal” lifestyle and his “worrying” number plate.

How safe is it to hold a ritual in your garden?

This story reminded me to two similar incidents.

One incident was in December last year, when a witch was attacked in her own garden. 55 year old Susan Rushton, who regularly posts about witchcraft online and has visible Pagan tattoos, was attacked by a hooded man who burst into her garden and pulled out her hair. She said that her witchcraft lifestyle may have been a motivation for the attack. Now, there is no proof of this – she wasn’t holding any ritual or witchcraft acts at the time, and there was no indication of the motive. But still, the recent incident with Mr Bennett reminded me of this.

The second incident happened to me personally.

One of the reasons I bought the house I live in now was that it has a garden. I’d never had my own place with a garden before, and I was so excited to have one and to be able to perform rituals outside. Which, for many months, I did. Just like Mr Bennett, I would go out into my garden at the full moon and hold various rituals. I never made any noise during these rituals. In fact, I tried my hardest to be discreet because I didn’t actually want attention from the neighbours. I would even whisper all the words and incantations of the ritual.

But one night, during a full moon ritual, I noticed one of the neighbours was watching me from his window. I didn’t mind this so much – it’s fine to be curious. But then he started shouting abuse at me: “Burn the witch!”

I tried to ignore him and completed my ritual. It was particularly upsetting because this particular ritual was to say “thank you” to the spirits and the deities for helping to heal someone very close to me. This person had been seriously ill over the past year, and I’d made many prayers to ask for her to be healed. When she had recovered, I of course wanted to express my gratitude to the deities. But my neighbour really spoiled it.

Since then, I never perform rituals in my own garden. I don’t want to have more abuse from the neighbours. And I’m also scared that it could be worse next time. I haven’t complained to the police about it either, because I’m scared of repercussions. So I’m now in the situation where I cannot practise my religion freely in my own garden.

That’s why, even though it sounds like “Bearheart” Bennett was much less discreet and much more noisy in his worship than I have ever been, I can’t help but wonder if he’s one of many Pagans out there who have been a victim of crime because of rituals they were holding in the privacy of their own garden. I know I am.

Update 24/05/18: John Bennett has now given more information about his ordeal in The Wild Hunt. He reveals that he required surgery and a two-night stay in hospital as a result of his injuries. 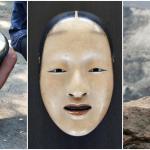 May 13, 2018
Pagan & Shinto News: Druid stabbed over drumming, plus: Offerings to Hawaiian goddess, Noh saved by CGI
Next Post 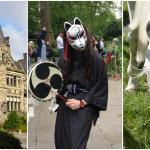 The Pathetic Life And Death of...
The Zen Pagan
Related posts from Pagan Tama