This summer, I was fortunate to visit Cornwall again. This time, I came with a specific goal in mind: to visit as many holy wells as possible during my stay.

The number and quality of holy wells and springs makes Cornwall paradise for well-seekers. According to Megalithic, an excellent resource for seeking out ancient sites, there are over a hundred in Cornwall, and many of them are in excellent condition and in beautiful locations. The proliferation of holy wells is but one reason why Cornwall is considered such a special place for Pagans, Christians and other spiritual people.

The first Cornish well I visited on my pilgrimage was the beautiful St Anne’s Well in Whitstone – a well with a mystery.

Many holy wells in Cornwall are named after saints and are located in small, rural villages, often near an old church that usually shares the name of the saint.

St Anne’s Well is typical in this regard. It’s located in the churchyard of St Anne’s Church, a 13th century Anglican church in the small, peaceful village of Whitstone.

The well wasn’t hard to find at all. As soon as I approached the church, I could see the distinctive pointed roof of the well house. But I still wasn’t prepared for how exquisite the well would be and it took my breath away. 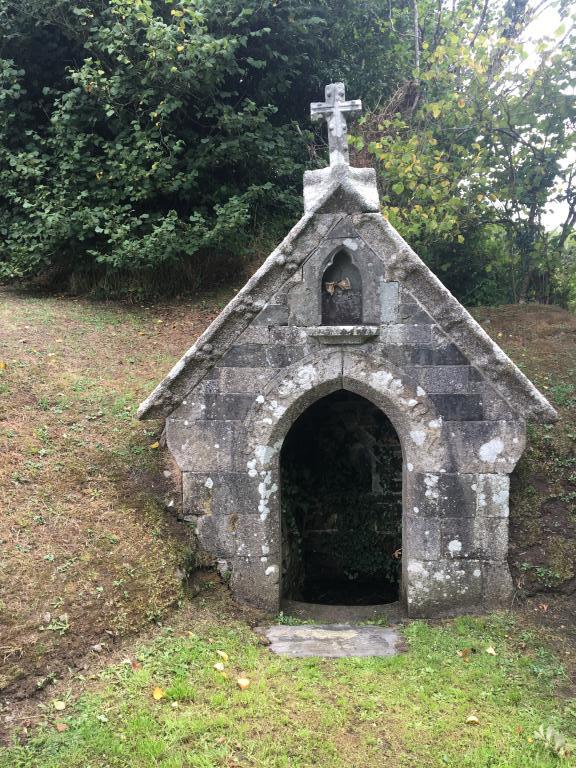 This was my first time to visit a well with such a large well-house; the other wells I’d visited in Kent were quite plain and subdued compared to this beauty, which resembles a tiny church in its own right. The structure reminds us that holy wells are truly shrines in their own right and, intended to be venerated and respected for their sacred powers.

Little information is available on this history of St Anne’s Well. It is thought to date from 1309 although the surrounding well house probably dates from the 15th century and was restored in around 1883. The water is reputed never to have failed; the greenery growing within the well would suggest that the water level does indeed remain constant. As with many other holy wells located by churches, the well water was used in baptisms. 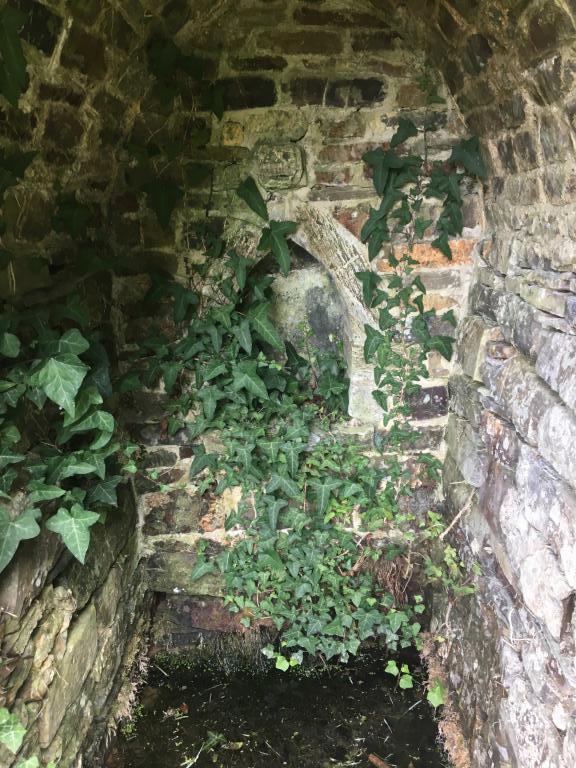 As is typical with holy wells these days, the water inside looked murky and undrinkable. But I did dip my finger into the water and wipe it on my forehead for good luck.

I was fairly surprised to see no hints of offerings at this relatively well-known and accessible well. Usually I’ve found all manner of offerings at holy wells, including coins, crystals, rosaries, ribbons and small pictures. But there were none here. Possibly this isn’t a popular well among those who like to make offerings, or those in charge of taking care of the well regularly remove them.

One thing I did notice was that someone had jammed a rather ugly gold ribbon with a metal tie into a crack on the outer niche of the well house (you can just about see it in the first photo of the well). It looked like a leftover Christmas decoration. Not only did this look unattractive in my opinion, but I worry that cramming bits of metal into cracks is going to make the cracks bigger and cause greater damage to the well.

The Face: A hint of a pagan past?

Perhaps the most fascinating feature of St Anne’s Well is the strange face that’s carved into the wall within the well house, just above the inner ceremonial niche. 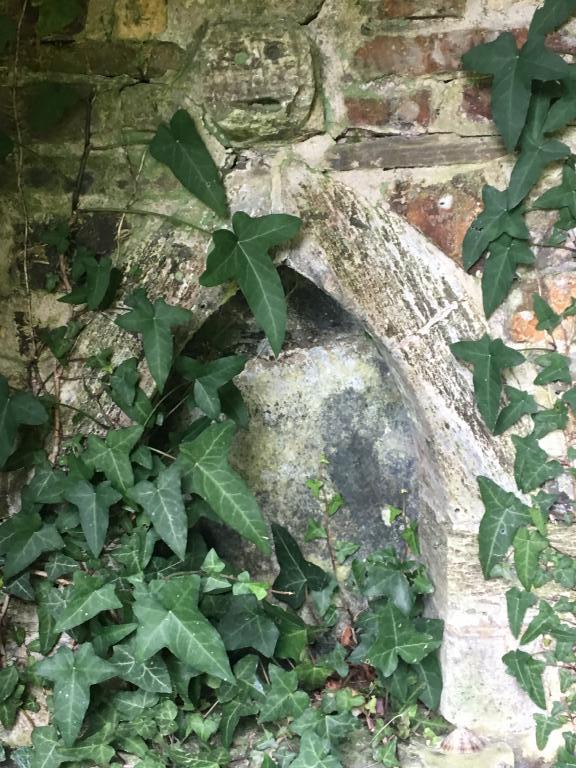 This grinning, almost skull-like visage is a real mystery. For one thing, it’s a rather crude design, especially when compared with the ornate, precise Gothic architecture of the well house. For another, nobody really knows who it is meant to represent, but most seem to agree that it is not St Anne.

The Stratton Deanery website says that, in common with many if not most holy wells, St Anne’s Well is pre-Christian. It says that the well is dedicated to “the pagan goddess Anas”. I haven’t heard of Anas before, but it could be a variation of Ana/Anu/Danu, the Celtic mother goddess associated with water. Could this face perhaps be a representation of Danu?

Stratton Deanery also suggests a particular ritual for this well: making a wish by throwing a pebble into the niche. If the pebble lands in the niche and doesn’t slip in the water, your wish may be granted! 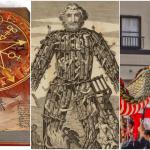 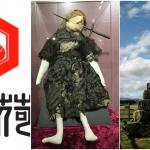