UK: Duchess of Cornwall delayed as modern-day druids visit Stonehenge
The Telegraph*
The nearby road became gridlocked because new-age revellers were on their way to campsites near the ancient monument…

Litha 2022 summer solstice rituals for Midsummer festival in pagan Wheel of the Year
Birmingham Live
The actual solstice – the day when the sun reaches its highest point and when daylight is longest – is June 21 this year. That’s when revellers gather at Stonehenge to watch the sunrise. So what does Litha mean and how is it celebrated among pagan communities?…

What is summer solstice and how is it celebrated around the world?
Euronews
The event marks the longest day of the year and the astronomical start of summer…

US: Witchcraft store coming to Conshohocken
More Than The Curve
Witch’s Way Craft, which is currently an online new-age holistic gift shop, has signed a lease for the space at 320 Fayette Street in Conshohocken…

Copy of legendary book on art of ninja found at shrine in west Japan city
The Mainichi
The city of Koka in Shiga Prefecture, known as a “ninja village,” announced on June 19 that a written copy of the original source of a famous book on the art of ninja from the Edo period (1603-1867) has been found at a local shrine for the first time…

Ise Jingu: Finding divine grace along with hospitality at a grand shrine
The Asahi Shimbun
From around the 12th century, commoners young and old alike longed to make the once-in-a-lifetime visit to pay their respects to Amaterasu, Japan’s great ancestral deity, enshrined at what one might call Japan’s shrine of all shrines…

Bon Odori – a dance-off between revivalism and multiculturalism in Malaysia

The Straits Times
The Bon Odori controversy caused by warnings to Malaysia’s Muslims not to participate in a Japanese-inspired dance festival raises important questions about how Malaysia can sustain its multicultural character against the rising tide of Islamisation.

Germany ready to return ‘looted’ goddess statue to Cameroon
The Times*
The Humboldt Forum, a sprawling new complex of ethnology and anthropology museums in Berlin, is expected to dispatch Ngonnso to Cameroon after a meeting of its governing board next week…

UK: Why you should visit Castlerigg stone circle

The Guardian
Instead of fighting the crowds of tourists at Stonehenge, head to beautiful Keswick to visit one of the country’s earliest monuments – solstice or no solstice… 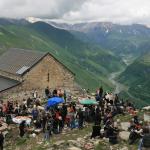 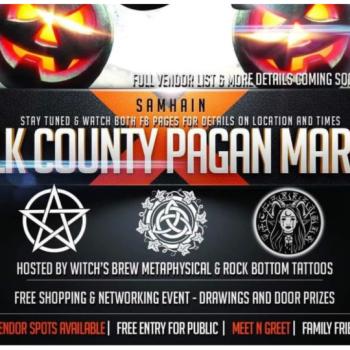