For many Pagans Samhain is the Pagan New Year. That feeling isn’t universal by any means, there are some Pagan groups that celebrate the “New Year” at Beltane, and I’d be willing to guess that there have to be at least a few groups who celebrate it at Yule. World wide there are dozens of “New Years” ranging from the well known Chinese New Year to the Buddhist Songkran April 13-15. Rosh Hashanah is the Jewish New Year (always 163 days after Passover) and the Russian Orthodox Church holds to the Julian Calendar and celebrates the new year on January 14. The astrological New Year occurs on the Spring Equinox, and in Iran the New Year is still celebrated on that day.

For most Americans and Europeans the new year is celebrated on January 1, and despite being a Pagan, that’s generally when I celebrate it too. I like the party, and there’s a distinctive cultural shift at the time of year as well. The Christmas stuff finally comes down and most of society takes a figurative deep breath as it recovers from the bustling holiday season. Celestially, January first makes little sense as the start of a new year, but it’s where we’ve ended up in the Western World, and I’m not one for big battles.

In ritual, I play lip-service to the idea that Samhain marks the beginning of a new year, and I probably do it because it’s generally expected in Pagan circles. My Samhain rituals this year and last opened up with the line: “We gather here tonight to celebrate the passing of the Old Year and to welcome in the new.” The Celts who celebrated Samhain allegedly used that night to mark the new year, so putting those echoes into my own rituals is a bit of an homage, but I’ve never made a New Year’s Resolution on Samhain.

Perhaps that’s because Samhain has never felt like the start of a new year to me, instead it’s always felt like the beginning of the end. There are many sabbat celebrations during the “dark” part of the year that feel more like a new start. Yule is an obvious answer here; it’s the darkest night of the year, but it’s also the start of the sun’s waxing phase. From winter solstice to summer solstice the days will continually get longer. In ritual I’ve often acknowledged that return of the light, but it’s not something I really feel in December. If anything I just feel the darkness and the stillness of early winter; with work often starting before the sun fully rises and not ending until it goes down.

Imbolc has always felt like the true “return of the light” sabbat. By early February the days are finally noticeably longer, and in some parts of the country there are even signs of Spring. Even when I lived in Michigan there were always stirrings of the Spring yet to come in early February. Sometimes you’d find a bud on a tree, hear a bird chirp, or see a little creature stirring. (In Northern California lots of things bloom in early February, February showers bring March flowers.) Yule and Imbolc for very different reasons feel more like a “Pagan New Year” to me than Samhain does.

There are groups that celebrate Beltane as a Pagan New Year, something which has never quite worked for me. By Beltane everything has been reborn. The grass is green, flowers are blooming, and formerly empty branches are now full of leaves. The Maiden is now a young woman, to me, celebrating a new year here would be like celebrating someone’s “first birthday” on the day they turn seventeen. No problem here with those that celebrate a new turn of the wheel in early May, but my brain doesn’t quite grasp it.

Midsummer makes celestial sense as the start of a new turn, but the time I feel the most transition and change on a year to year basis is in September. Part of that is most certainly conditioning. Late August/early September has traditionally been the start of the new school year (I say traditionally because that’s starting to change) for my entire lifetime. Even with or without kids (or school) we are all used to the “back to school sales” and dial into the feeling of new beginnings. Top that off with the beginning of new television and football seasons and you’ve got a lot of new starts all near the first week of September. The transition from Summer to Fall has always been the most dramatic seasonal shift for me as well. Samhain occurs either in the middle or at the end of that shift (depending on where one lives), and as a result doesn’t feel like a logical start to the new year.

When I became a Wiccan I adopted all the traditions that go along with that religious choice. One of those adoptions were the seasonal rituals first celebrated by the Celts along with the cross-quarter celebrations of equinoxes and solstices. While Wicca utilizes old Celtic holidays, it’s not a Celtic tradition, and I have never felt any real personal connection to the Ancient Celts (all while having some Welsh heritage). I’ve always been most connected to Greek deities, but since I’m most comfortable with Wiccan ritual I’ve never felt the need to adopt a Hellenic Re-constructionist holiday cycle. If I ever did, maybe I’d celebrate the Ancient Greek New Year (the first new moon after the summer solstice) or maybe March 1, the Roman New Year.

Instead of one “New Year” perhaps we all celebrate multiple New Year’s throughout the course of twelve months? There’s the acknowledgement of the year’s turn at Samhain, and the welcoming of the light at Imbolc or Yule. The secular New Year is always good for a party, and legally at least marks society’s change from one year to another. There are the early autumn re-starts as well, giving me at least four “New Year Celebrations” each Turn of the Wheel. I love holidays, so the more the merrier, but don’t look at me funny if I don’t wish you a “Happy New Year” next Samhain. 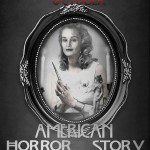 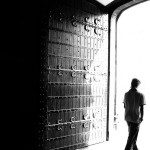 November 5, 2013 When Someone Leaves Paganism
Recent Comments
0 | Leave a Comment
""Different world views mean more than different ways of practicing, and they often encompass completely ..."
Falkenna The Promise and Peril of “Pagan”
"I use the word Pagan because in my community its safer than Witch. I don't ..."
Michelle Gillian The Promise and Peril of “Pagan”
"Loosing friends is indeed a long term grief."
Opens Heart Lessons Learned: Ten Years at Patheos ..."
"Don't forget peeling an apple in one strand to toss it over your shoulder to ..."
Wolf Samhain is What You Make of ..."
Browse Our Archives
Related posts from Raise the Horns