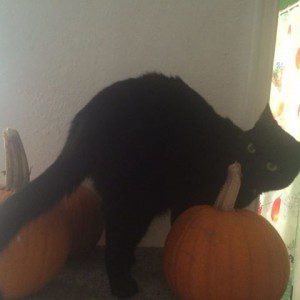 Hallowtide is an old Catholic term for the time between All Hallow’s Eve (Halloween) and All Soul’s Day on November 2. I’m a fan of the term despite its Catholic origins because it neatly sums up my experience this time of year. Halloween and Samhain are more than one day, they are a series of events, much like “The Holidays” in December/January. Samhain is never just “one ritual” anymore, and Halloween sometimes isn’t just one night.

Halloween and Samhain both share a date in many circles, but outside of a few decorations very little else. Periodically I’ll run into a Pagan lamenting the commercialization of Samhain and this never fails to amuse me. The connections between Samhain today and Samhain in the year 14 CE are tenuous at best. We have very little idea as to what actually happened during those ancient celebrations, and I don’t think it’s going out on a limb to suggest that Samhain as we know it today wasn’t even practiced 100 years ago.

Holidays morph and change over time and they never remain “pure” so to speak. It often feels like our holidays emerge fully formed out of the space-time continuum, but that’s not the case. Every tradition you or I cherish was “new” at some point in time. That holidays change over time should be seen as a good thing not a bad one. We don’t live to serve holiday traditions, holidays exist to give meaning to our lives. Because of that they are constantly reinterpreted and reformulated.

For me Halloween has always been a large social and secular celebration. Before even hearing the word “pagan” I was celebrating Halloween as a kid. I celebrated like most kids too: costumes, trick or treat, gorging myself on candy, and indulging in the creepy. In many ways that’s still how I celebrate Halloween. This year I’m going to a costume party, handing out treats, and gorging myself on the leftovers. In addition my front-porch is lit up with purple lights and decorated with creepy spiders, malevolent garden gnomes, and ghoulish clowns. The only major changes over the last few decades have been the inclusion of adult beverages and Simpsons Tree House of Horror binges. (Seriously, even the “bad” episodes are still pretty damn good.) None of those things has anything to do with my spirituality or religious leanings. I did all of them as a Christian and I continue to do all of them as a Wiccan. 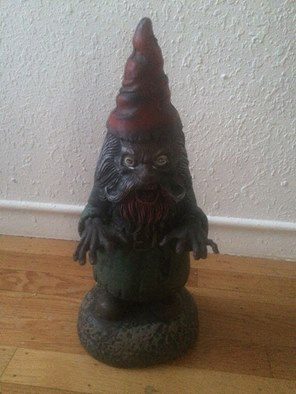 In many ways the experience of Samhain is a new one for me. I’ve been a Pagan half my life but didn’t really start celebrating the sabbats in any meaingful way for several years. (No offense to John Beckett, but I just don’t do solitary stuff very well.) I celebrate Samhain with a completely different set of rituals than that of Halloween. Samhain is about dumb suppers, my beloved dead, the Dread Lord of Shadows, drawing down the gods and celebrating with the coven. It’s not about candy, costumes, cider, or purple lights. I even feel as if I decorate differently for Halloween than I do Samhain. Samhain is gods on the altar and harvest motifs, Halloween is kitsch, sometimes taken to ludicrous extremes.

One of the few things we know about ancient Samhain was that it was a fearful time of year. People were scared of the increasing dark, the start of winter, and evil supernatural forces. Modern Samhain is often still about supernatural forces, but not so much evil ones. Fear is also something that’s in short supply today too. If anything Samhain is a hopeful time of year. The idea that we worship gods who would knowingly allow the “thinning of the veil” between this world and the world of the dead is a cause for celebration. Whether or not one believes in the immortality of the soul is immaterial in the grander scheme of ritual too. Samhain offers us a positive and healthful way to deal with death on a yearly basis. That’s something missing from a lot of Western monotheisms. Samhain might sometimes be somber and stoic, but it’s not frightening. Very few people enter a Samhain ritual today with a sense of dread. 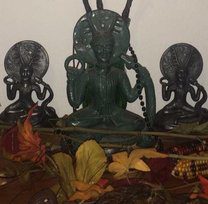 On a personal note Samhain has also made me less scared of death. I’ve felt the Lady of Death and the Dread Lord of Shadows in the circle. I’ve felt souls thought gone near me once more. I’ve even cried over pictures of people I’ve only met through books. What is remembered lives. Even if I’m completely wrong about some of my more mystical spiritual experiences I believe that forty years after my death someone will be crying over my picture or at least paying me some respects. (I have that much faith in some of my rituals finding a future audience. Let me have my delusions.)

Halloween and Samhain both share another trait. They are both holiday traditions that have been reborn and reinvented in the Modern Age. Samhain has become a significant holy day for those of us who worship the Old Gods, celebrate older ways, and feel connected to Mother Earth. Halloween has existed for several centuries now, but only in the past seventy years has it really coalesced around the rituals and traditions we generally associate with it. Both exist in the present day not because they are hundreds or thousands of years old, but because they fill a need. There’s a part of us that simply likes to dress up in costumes, Halloween makes that socially acceptable. There’s also a group of us who like to push the boundaries of our mortal existence, for that we have Samhain. 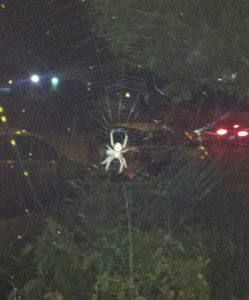 I need Halloween every year. I need the social parts of it, like handing out candy to neighborhood kids and going to parties and meeting new people. Getting that chance to be silly, goofy, and maybe even a bit tipsy removes those urges from my system so I can get back to work later. Halloween is fun, and most of us need that break. Of course I also need Samhain . . . I need that walk between the worlds and that celebration of the final harvest. It’s rarely silly or goofy and almost always sober, but it too is a yearly course correction that enables me to tackle new projects and begin new adventures.

Halloween and Samhain are not the same thing in my world, but that’s fine. Sometimes a dash of the secular helps me to enjoy a good helping of the spiritual.

Whatever you do have a safe and Happy Halloween and a Joyous Samhain! 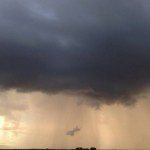 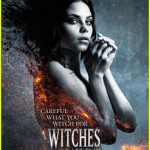 October 31, 2014 Dear Time Magazine, Witches Are Real!
Recent Comments
0 | Leave a Comment
"As long as you are not publicly worshipping a deity from a living religion, I ..."
rosewelsh44 Wicca: Misconceptions & Misidentity
"Celts and Gauls seemed to allow anyone into their tribe who proved themselves worthy. That ..."
rosewelsh44 Wicca: Misconceptions & Misidentity
"True. And you'd probably get the disapproving look for even asking for them. I read ..."
Amanda Ingalls Why We Need to #DefendOccultBooks
"I had a friend once who tried to preach to me how to be Wiccan, ..."
Amanda Ingalls Why We Need to #DefendOccultBooks
Browse Our Archives
Related posts from Raise the Horns