Celebrating Yule: Light in the Darkness 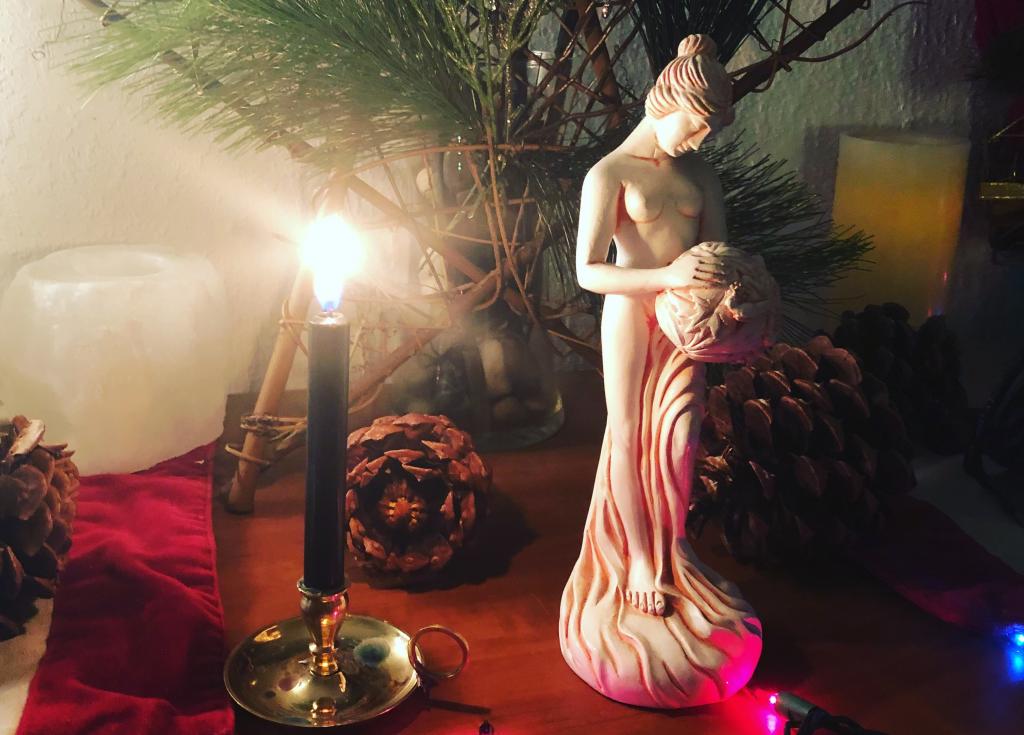 Most Witches refer to the Winter Solstice today as Yule, which is an apt name. Yule was a legitimate Norse holiday commemorating the Winter Solstice and later used as an alternative name for Christmas. The Winter Solstice is also sometimes called Midwinter; if Samhain marks the start of Winter, and Imbolc its end, then the Winter Solstice is the middle point. The majority of us today often use these terms interchangeably. Because many holidays have been celebrated in late December over the millennia, I often refer to this period as “Yuletide.” New Year’s Eve, Christmas, and our own Yule can all be traced back to Pagan antiquity with some certainty.

For Modern Witches, Yule is generally seen as the “rebirth of the sun” and a lot of our rituals are built around this idea. Sometimes “the sun” is personified as a deity that is reborn on the solstice, and others mark the occasion by lighting candles on the longest night of the year. Because of that long night the Winter Solstice can be a rather melancholy sabbat if one chooses to approach it that way (it is generally dark and cold that night), but many Yule celebrations are joyous. This is because many of the ancient festivals celebrated near the Winter Solstice were rather fun and drunken affairs.

The most influential of those ancient holidays was the Roman Saturnalia, celebrated over a period of three to five days beginning on December 17. (1) The Saturnalia was generally a celebration of abundance, and included feasting and often heavy drinking. The Greek writer Lucian wrote of the holiday: “Let every man be treated equal, slave and freeman, poor and rich.” (2)

One of the longest lasting traditions associated with Saturnalia, was that of the Mock King. Mock Kings ruled over individual Saturnalia celebrations, generally encouraging frivolity and issuing absurd proclamations. Though we don’t hear or read about Mock Kings very often today, the practice carried on for centuries. In the Middle Ages Mock Kings became “Lords of Misrule” and presided over winter celebrations in manor houses throughout Europe. (If you think the Holiday Season is long today, the medieval one lasted from about Samhain all the way to Imbolc!) (3) 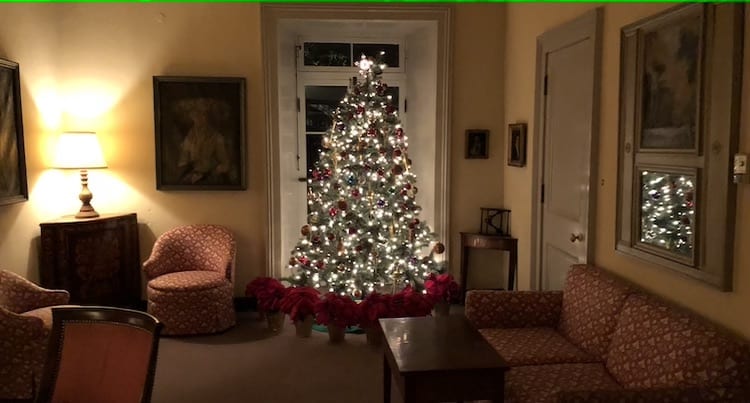 Though Kings of Misrule gradually disappeared from most holiday celebrations, what they represented during Yule persisted. Drinking and upsetting social norms became a part of the wassailing tradition. Though often associated today with something akin to Christmas caroling wassailing was originally a holiday custom focused on food, drink, and sometimes petty vandalism. The poor would visit the homes of the rich and demand food and drink. In exchange for the food and drink they would often sing, perform plays, and toast to the good health of their host. When wassailers were denied food and beverage they often retaliated with pranks and violence. (Wassailing is still with us today too; we call it “trick or treat”.) Some historians have argued that Wassailing served as a kind social safety valve, allowing the less powerful to gain the upper-hand over the nobility and/or their employers, at least for a few days. (4)

In addition to Saturnalia the Norse Yule had a tremendous impact on our modern celebration of the holiday (and on the Christian Christmas). Though we don’t know a whole lot about how the Norse celebrated Yule it too seemed to feature feasting and excessive drinking. Animal sacrifice (and the accompanying meat dinner that resulted from it) was also a part of the holiday, holiday, along with some sort of ancestor veneration. (5) Fires and candles were also a part of the holiday and the custom that would eventually come to be known as the “Yule Log” also came from the Norse Yule. (6)

Yule might be my favorite sabbat to celebrate because there are so many different ideas and traditions that can be incorporated into its rituals. Nearly anything associated with Christmas is fair game for Yule rituals. Trees, stockings, mistletoe, even snow-people if you live in the right sort of climate for it. When my non-magickal friends visit Ari and I’s house in December most of them comment on just how “Christmasy” it looks. Little do they know that nearly every decoration in our living room has connections to our Witchcraft.

Though Santa Claus doesn’t visit every coven, he’s long a been a guest deity at my Yuletide rites. Despite being known in some circles as Saint Nicholas, Santa Claus has a mixed background and owes just as much to the Norse god Odin (or Woden) as he does to the Christian Saint with whom he shares a name. In addition to Santa Claus, Yuletide is full of several other figures with likely pre-Christian origins. Some of these include the Tomte, the Yule Goat, the Yule Lads (or Goblins), the Krampus, and of course the elves that work for Santa at the North Pole. My wife isn’t a big fan, but I love working the Krampus into our December rituals! One of my other favorite other gift givers is probably post-Christian, the Italian La Befana, but since she’s an Italian Witch she’s worth mentioning here (she also shows up in one of the Yule rituals in this book).

Giving has been a part of Midwinter celebrations since the Roman Saturnalia and is a welcome ritual activity amongst many Modern Witches. Presents can be distributed by someone playing the role of Woden, or through a “secret Santa” gift exchange. Gathering toys and food for those in need is a magickal activity too! Often this is far more satisfying than giving a friend an unneeded trinket.

As a sabbat celebrating the rebirth of the sun, Yule has long been associated with light. It’s a time for lighting candles to fight the darkness, and for celebrating the rebirth of the sun god. Many Witches celebrate the birth of several different solar deities on or near the solstice, and this is a great idea to build a ritual around. Even the little baby Jesus taps into this theme. Because of the limited light we receive at the start of the Winter, many Witches hold solstice vigils on the night of Yule, and stay up all night to greet the returning sun.

The story of the Oak and Holly Kings is a great way to illustrate the “growing” half of the year that begins at Yule. In many Midwinter interpretations of this myth the Holly King often looks much like Santa Claus or Father Christmas, making him the “older brother” who is slain on the Winter Solstice. The Oak and Holly Kings are not the only royalty to show up at Yule, Queens and Kings of Misrule are generally welcome guests at Midwinter sabbats. 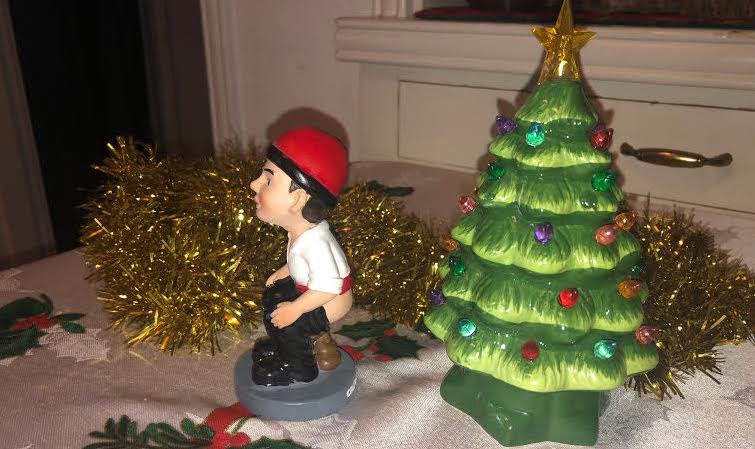 For thousands of years now Midwinter celebrations have been celebratory. We see this to some degree in our modern world with New Year’s Eve and office Christmas Parties, but it was a part of the Norse Yule and Roman Saturnalia too. Toasting to the good health of those around you, playing games, and simply having fun are appropriate ways to celebrate Yule.

For many people Winter is a season that’s approached with dread, but it doesn’t have to be that way. Winter is when the world is renewed through snow and rain, and the cold weather kills all the bugs that drive most of us crazy. Instead of actively fighting against it, Winter is something that should be embraced. Bring some snow inside for your rituals, or simply enjoy a cup of hot chocolate or some mulled wine. We should be thankful of the natural world no matter where we are on the Wheel of the Year.

Lights, snow, gifts, battling brothers, wassail, carols, partying, Lords of Misrule, mystical gift- givers, the longer days, trees, logs, the sun’s rebirth . . .. . Yule probably has the longest and most varied list of things in which to build rituals around. For this reason, it’s become a favorite of many Modern Witches. There’s something especially satisfying about celebrating a holiday that everyone around you seems to be celebrating too (and many of them are, even if they don’t know it!).

For more on the sabbats and lots of rituals pick up THE WITCH’S WHEEL OF THE YEAR: RITUALS FOR CIRCLES, SOLITARIES, & COVENS

The Witch’s Wheel of the Year: Rituals for Covens, Circles, and Solitaries ©2019 Jason Mankey and published by Llewellyn Worldwide. 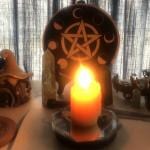 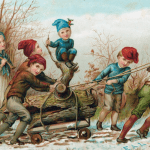 December 17, 2019 The Magick of the Yule Log
Recent Comments
0 | Leave a Comment
Browse Our Archives
Related posts from Raise the Horns