10 Great Words You Should Know & Use 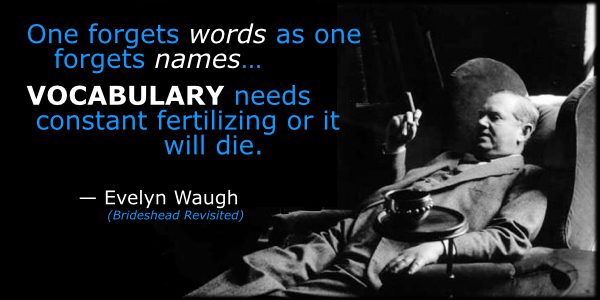 I recommend the former, and these ten words to get you rolling again…

[uh–sij-oo-uh s]; adjective; hardworking and diligent in effort; industrious and persevering at a task.

Use: “Characters that are doing something nefarious have some extra layers to them… bad people don’t necessarily think they are bad.” – Jason Alexandar

Use: “We live now in the post-aural age, when an unsolicited phone call is, thankfully, becoming more and more understood to be an unspeakable social solecism, tantamount to an impertinent invasion of privacy.” – Will Self

[uh-nak-ruh–nis-tik]; adjective; someone or something that belongs to an earlier period of time; outdated or old fashioned; against chronological order.

Use: “The next real literary “rebels” in this country might well emerge as some weird bunch of anti-rebels, born oglers who dare somehow to back away from ironic watching, who have the childish gall actually to endorse and instantiate single-entendre principles… these anti-rebels would be outdated, of course, before they even started. Dead on the page. Too sincere. Clearly repressed. Backward, quaint, naive, anachronistic.” – David Foster Wallace

Use: “We grudge no man a fortune which represents his own power and sagacity, when exercised with entire regard to the welfare of his fellows.” – Theodore Roosevelt

[proh-zey-ik]; adjective; run of the mill; dull and plain; banal or matter-of-fact.

[im-preg-nuh-buh l]; adjective; strong enough to withstand an attack or challenge; cannot be breeched or taken by force.

Use: “He was impregnably armored by his good intentions and his ignorance.” – Graham Greene

Use: “Poetry provides the one permissible way of saying one thing and meaning another… we like to talk in parables and in hints and in indirections — whether from diffidence or some other instinct.” – Robert Frost

[v. en-er-veyt ing]; adjective; to wear out; deprive of force, strength, or vitality; tend to cause a weakness and fatigue.

Use: “Society will develop a new kind of servitude which covers the surface of society with a network of complicated rules… it compresses, enervates, extinguishes, and stupefies a people, till each nation is reduced to nothing better than a flock of timid and industrious animals, of which the government is the shepherd.” – Alexis de Tocqueville

[spyoo r-ee-uh s]; adjective; not truly genuine, false; intending to deceive in regard to origin or motivation; counterfeit.

Use: “All nationalistic distinctions – all claims to be better than somebody else because you have a different-shaped skull or speak a different dialect – are entirely spurious, but they are important so long as people believe in them.” – George Orwell

*If you are interested in reading a few more “10 Great Words” posts here are a few links: 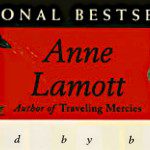 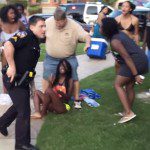 A 'biblically based process to mitigate...
slacktivist
Related posts from Paperback Theology 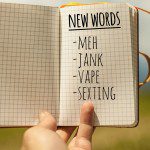 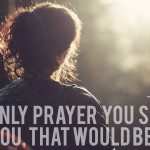 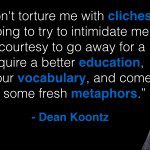 Leaving Jesusland . . . for good
I make no secret, on this blog or in person, of my...
view all Progressive Christian blogs
What Are Your Thoughts?leave a comment
Copyright 2008-2020, Patheos. All rights reserved.