Why Christians Need to Observe Lent 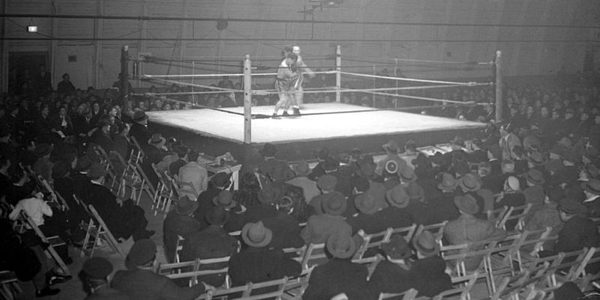 Why do Christians need to fast during Lent? Because most of us have just about everything we could ever need. We are basically want for nothing, and that situation is toxic to the human soul. We have lost track of what it means to be human. Observing Lent can help us get it back.

In the 1920s & 1930s the three biggest sports were baseball, horse racing, & boxing. In 1926, a tough nineteen-year-old named Jim Braddock decided to try his hand at boxing. He wasn’t very big, but he could take a punch. Braddock was a born underdog; a middleweight who fought as a heavyweight. He grew up in Hell’s Kitchen and New York boxing crowds treated him like a favorite son as he lost only one fight in his first three years.

In his first heavyweight championship fight, Braddock was facing a veteran fighter with a great jab. After a few rounds his trainer told him: Jim, you gotta stop that left hand jab! Braddock fired back: it feels like I’m stopping every one of ’em. After the fight the champ pointed to a big bruise on his left shoulder. He said Braddock only hit him there twice, but left quite an impression. The champ told reporters that if Braddock knew how to use his left hand, he could’ve won the fight.

Braddock lost the fight and badly broke his right hand. The doctor said he would have to re-break the hand in order to set it correctly. Braddock couldn’t afford to have it re-broken, so during his next fight he broke it on purpose, and had it reset. With a nagging hand injury, Braddock’s career started to flag. He started losing. Almost every time he fought he broke his hand again. He once fought a man named Abe Feldman, a fighter he should’ve easily handled, but Braddock was protecting his right hand, and was miserable with his left. The referee stopped the bought and threw them both out of the ring.

Soon the depression was in full swing. Braddock was out of boxing and working as a longshoreman. He shoveled coal, and worked odd jobs to pay the bills. His right hand was so badly injured that he had to do his work mostly with his left. Over time his left hand became stronger and more coordinated. For those two years he was away from the ring his right hand finally had time to heal properly.

One day Braddock got a call out of the blue to fight an up-and-comer named John Griffith, who needed an easy win. The fight was in two days, so Braddock had no time to train, but he fought anyway, and won. Braddock went on to beat John Henry Lewis, and Art Lasky. The heavyweight champ, Max Baer, needed an easy title defense, so his manager set up a fight with Braddock. Baer was a flamboyant champion who killed one man in the ring and ruined the career of two others. He was a dirty fighter who got by on superior size and a huge personality. Everyone knew he would destroy Braddock.

The rest is history (See Cinderella Man, the movie). Braddock fought Max Baer at Madison Square Garden and beat him in a unanimous decision, in large part due to Braddock’s incredible left hand jab and powerful right hand.

When it was all over Braddock talked about his time on the docks. He had been unable to use his right hand, so he had to learn to rely on his left. That made him a better boxer. He would’ve never won the heavyweight championship without losing his right hand for a few years, and washing out of boxing long enough for his right hand to heal.

This story is a great example of what it means to participate in Lenten fasts.

Lent is the season of forty days leading up to Easter, excepting Sundays, during which Christians all over the world fast from something they are used to having. We do this because sometimes in order to grow we have to take away something we are used to. We have to force ourselves into a place where we struggle a bit, and have to learn to rely on God.

When we fast, we join Jesus in the wilderness. We put ourselves in a place where God can finally get to us; a place where we are not all armored-up and defended. We strip away some of the areas of strength that we rely on just a little too much, and let God in. We actually ask God to mess with us. We invite God to use our weakness to teach us where we need to build strength. It’s an important aspect of our spiritual journey. And, it’s the real focus of Lent.

You have lessons to learn, but you won’t learn them by watching tv five hours a day. You have deep hungers you will never explore if you keep stuffing yourself with food every four hours. You have deep deficiencies that you will never face unless you sit alone in the dark and wait for your demons to show up.

Why do Christians need to fast during Lent? Because most of us have just about everything we could ever need. We are fat & happy, and that situation is not good for the human soul. We need to go without for awhile, and tap into the deep well of strength that lives just beneath the surface of our soul.

March 10, 2017 I Am Surrounded by Neighbors, and I Am Grateful
Recent Comments
17 Comments | Leave a Comment
"Look at that sparkling star at the last panelGi.657JW.US/UX5071Fx"
Narayan The Unacknowledged Reason for Putin’s War
"But awwwwwwwW.657KW.US/O5071m"
emaraldragon The Pandemic & QAnon are Ruining ..."
"Trash putting the other trash in the trash canQ.657JW.US/L5071l"
PLAYPRETEND The Unacknowledged Reason for Putin’s War
"ML come first let me see your handsome faceB.JIAOFOU.COM.CN/Jb5071pD"
Powan Rich Mullins: Born On This Day ..."
Browse Our Archives
Related posts from Paperback Theology 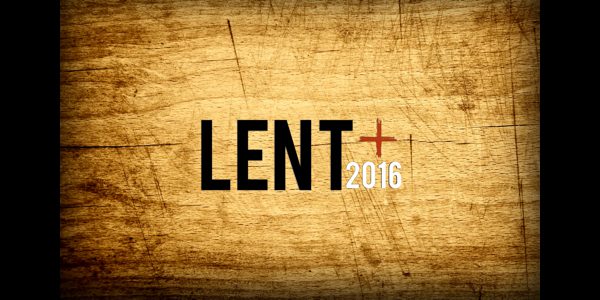