Writing Your Own Rabbi’s Manual (or, Can A MacBook Be An Instrument of God?)

This story has three parts:

Do rabbis really do this junk?

Can a MacBook be an instrument of God?

I’ve been asked to officiate the affixing of a mezuzah to the doorpost of a woman’s home.* To be honest, there is not much of a reason to have a rabbi participate in this. Anyone with a home and a mezuzah can do this. It’s one blessing: no big deal.

However, I was asked, and thus I’ll be there.

Technically, there is a series of blessings one can do when affixing a mezuzah called Chanukat HaBayit (Dedication of the Home). Ironic, given the fact that it’s Chanukkah, which also means dedication.

This series of blessings and kind words is meant to kickstart a Jewish home. You are now officially in this space, and like most things in Judaism, we bring the mundane into the realm of the sacred through blessing.

The problem here is that the Chanukat HaBayit ceremony is a bit…well…Protestant sounding.

Do rabbis really believe this junk?

I have two rabbis manuals: Moreh Derekh, the Conservative manual that one of my rabbis taught me to lead from, and Ma ‘Gele Tsedek, a Reform manual that my friend and colleague told me to get that was “much more useful” than what I had been taught on.

The truth is, neither of them is particularly good for the kind of rabbinical work I do.

Like most of the Jewish world, the people I serve do not fit comfortably in the Reform/Conservative/Orthodox box. Many of them do not fit well into the Jewish box, let alone these affiliations. They are non-Jews who know a guy named Patrick who is a rabbi and can say a few nice things to make something special. They are atheists who cannot stand it when rabbis talk about God, but somehow their friend Patrick can say it in a way that doesn’t sound grating to one’s rational mind. Perhaps they are mystical, JuBu (Jewish-Buddhists) who don’t even want a rabbi, but just need a Jewish text forwarded to them for their own private use. Sorry Ma ‘Gele Tsedek and Moreh Derech, but you totally fail in this department.

Truth be told, I find myself readings these manuals and saying to myself, “do rabbis really do this junk?” One manual suggested that for a Chanukat HaBayit ceremony, you bring wine and challah bread to make the event more festive. Yeah, I can see it now: walking up to someone’s house with a loaf of bread and a bottle of Two Buck Chuck won’t look weird at all. Other ceremonies in the manuals read like the liturgy from a Presbyterian church in the late 1800’s. Without any updating, a rabbi performing these rituals will look like a total relic of the past, which really doesn’t help the “religion is not relevant to my life” battle that clergy are currently fighting.

Can a MacBook be an instrument of God?

Quickly in my rabbinical career, I found myself having to write my own ceremonies. For a guy who writes a lot, one would think this would be easy. Heck, I contributed to many a crowd-sourced siddurim at PunkTorah. But I have always had trouble with this. I take what I do seriously (even if it seems like I don’t take myself seriously at all). I will spend hours meditating on whether I have done right by God in any text I have written for ceremonial purposes. I also ask myself whether or not the service will bring people into the kind of spiritual frame of mind that I am trying to achieve. Words are terribly tricky: one false move, one small assumption, one misuse of a term, and your service will be derailed.

This comes with another big question: can a MacBook be an instrument of God? When I write, I think back to the original authors of the great, Jewish texts that I admire, who scribed with a passion that can only come from feeling the presence of the Divine. Seated before parchment with ink and light from oil lamps, these great writers toiled over every letter, trying to bring holiness from their hearts, to their hands, and to all of us. That is really…freaking…huge. And often, I feel like I cannot live up to it.

As I write a service, even a short one like Chanukat HaBayit, I stare at my computer screen, whispering the words of the Amidah, Judaism’s standing prayer, “may the words of my mouth and the meditations of my heart be pleasing to you.”

*Note: Although I am a blogger, I do keep aspects of my “offline” life private. Some details were altered in the story to protect privacy, but this doesn’t affect my point. 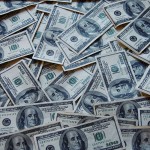 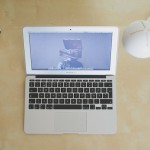 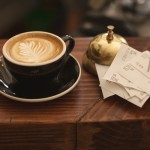 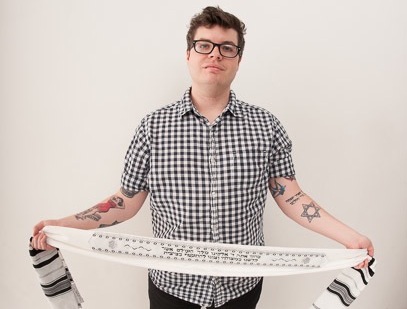 Jewish
I'm A Rabbi With Tattoos (Ask Me Anything)
Tattooed Rabbi