Over the past six years or so, I’ve watched a number of my friends and acquaintances—and one family member—leave The Church of Jesus Christ of Latter-day Saints. I’ve heard many of them (but by no means all of them) say something like the following when explaining or defending their decision to leave: “I can’t in good conscience (variant: in good faith) remain a member of the Church.” Often (but by no means always), this formula appears in the course of expressing a set of relatively traditional convictions regarding Mormonism’s faith claims: “I believe there’s much truth in the Church” or “I reverence the Book of Mormon and the Prophet Joseph” or “I identify deeply with Mormon culture” or more simply “I love the Church.” Every time I encounter this phenomenon, I find myself more than a bit confused. I can’t for the life of me make sense of the claim.

(Let me note at the outset that this post gets a bit more philosophical and, therefore, thicker than usual. So if you want the simpler version, skip to the last three paragraphs. Hopefully, they’ll tease you into reading the rest. . . .)

Now, it’s not that I want to affirm the subjective over the objective. Indeed, my philosophical training makes me very suspicious of the category of the subjective (though I do think the category can be revitalized in satisfying ways). Rather, my confusion concerns the only-apparent clarity of the objective criteria appealed to in all talk of good conscience or good faith. It’s difficult not to hear in the use of the formula a claim something like this: “There are clear objective criteria for determining whether one should remain a member of the Church, and anyone looking clearly enough at things will see that it’s better to leave. I, for one, am willing to look honestly and earnestly at the matter, and so I see what ought to be done.” Even when the formula is accompanied with talk of how remaining in the Church might be the right decision for others (and my experience is that it is so accompanied more often than not), there’s a subtle but real general claim being made regarding associating with the institutional church.

So, what are the apparently clear objective criteria? What’s the moral maxim that makes the decision for one and enjoins a very real duty on her? (I might note that “moral” is exactly the right word, here where the formula concerns conscience or faith.) Can we formulate it? “One has a moral duty to disassociate oneself from institutions that . . . .” Whatever might replace the ellipsis here (I can think of dozens of potential candidates), I can’t imagine anything that would be universally acceptable. That is, I can’t imagine anything that could be called validly objective here, at least without a good deal of philosophical argument—which would in turn always be subject to counter-argument and debate. The formula thus at best displaces subjective decision: one doesn’t decide that certain convictions (or the lack thereof) are sufficient motivation to walk away (that decision is made for one), but one does decide (however tacitly or even unconsciously) on the likely unjustified universal validity of certain moral maxims.

Here again, I don’t see how I can object. Ostensibly subjective decisions regarding the potentially universal validity of moral maxims have as their only measure—again—the subject’s passion. I can’t gainsay that. But I think I’m right to worry when that decision regarding moral maxims is dissimulated in the formula regarding good conscience or good faith. Why make that appeal in lieu of directly asserting one’s passion regarding the moral maxim? It’s difficult not to come to the conclusion that the gesture means to divert attention from subjective decision in order to pretend to a certain objectivity—and hence to exhibit a certain rational integrity. (I won’t point out the irony that it’s precisely this sort of dissimulation that usually goes by the name of bad faith or bad conscience.) And it’s this I can’t make sense of. What objectivity could there be in this matter? What rational integrity could be even theoretically possible here? I can’t think of any.

Let me make that last point clearer, so that I’m not misunderstood. I don’t know what it would mean to do anything—and I really mean that: anything—in good conscience or in good faith. Here I am sitting at my computer, writing up thoughts on what it means for someone to leave the Church. However right and even passionate I feel about doing what I’m doing (that is, writing this post), I can’t help—if I’m honest with myself—recognizing that I’m doing this instead of a hundred other things. Why am I not working on my dissertation? Why am I not finishing the essay that still needs cleaning up for submission to that conference? Why am I not reading the literature on Isaiah for my longer-term project? Better: Why am I not taking the kids to the dentist to give my wife a break? Why am I not cleaning up the study that’s been horribly cluttered since we returned from our recent travels? Why am I not dedicating myself to something, at any rate, that will make better the life of my closest loved ones? Or in another vein: Why am I not out feeding the poor? Why am I using natural resources needlessly to write a blog post few will read? Why am I not organizing human resources to sue for genuine peace in Palestine/Israel? I can’t in good conscience write this blog post. But were I to turn from this to any other project, I couldn’t do that in good conscience either. As Jacques Derrida has said, every time I opt to feed this one cat, I implicitly consent to the death of every other cat I don’t feed.

I’m not sure what it would mean to do anything in good conscience or in good faith. If I only tried to do what I could do in good conscience or in good faith, I’d do nothing. What could I eat without collaborating in something horribly unethical? Where could I live without displacing others? What could I say without inadvertently offending or excluding someone? What could I think about without risking infidelity to what I’ve felt to be true? What could I do without failing to do something urgent or exigent that I conveniently ignore? Religion in every form, if I’ve understood it right, begins with this recognition and then attempts to think about its ramifications. And Christianity—perhaps especially in its Mormon form—can be understood as that religion that claims unapologetically that even God can’t escape this difficulty. That, I take it, is what should be heard in Jesus’s words from the cross: “My God, my God! Why hast thou forsaken me?” It’s also what should be heard in Joseph Smith’s talk of a God who weeps, in the Book of Mormon’s confession at the outset that scripture is obtained only at the expense of life and peace, in the Book of Abraham’s insistence that the faithful are always looking for another place of residence.

I don’t see how one can leave the Church in good conscience, even when it’s become clear that one can’t remain in the Church in good conscience. I don’t remain in the Church because I’ve no bad conscience about it. I remain because of a subjective decision that responds to my bad conscience with a graceful “nevertheless.” If I were to leave (which I don’t ever see happening, since my convictions run too deep), it’d have to be also the result of a subjective decision that would respond to my similarly bad conscience with a similarly graceful “nevertheless.” It’ll never do to pretend that the decision either to stay or to leave has been made by external factors. It’s a decision each of us makes for herself, always without enough information and always pining after the impossible dream of a good conscience. Perhaps the only truly good conscience, the only truly good faith, is the one that recognizes its responsibility—that is, that recognizes its bad conscience or bad faith, and goes on anyway.

At any rate, it seems to me unmistakably dangerous to believe that the decision to leave is any surer than the decision to stay, any more intellectually respectable or morally mature. We’d do better to confess our passions and to claim them as our own. It’s far too easy to make ourselves into our own idols if we do anything else.

August 4, 2014
And After The Fire, A Still Small Voice
Next Post 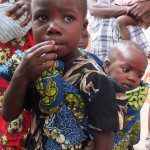