Junia The Apostle and Mormonism’s Priesthood

Most Mormons don’t know it yet, but Romans 16:7, “Greet Andronicus and Junia, my relatives who were in prison with me; they are prominent among the apostles, and they were in Christ before I was,” may soon become one of the most important and contested verses in our community. If we look at how other Christians dealt with their own internal struggles over women’s ordination, we can see that in the 1980’s-1990’s, this text received a dramatic increase in attention from mainline Protestant and Evangelical churches, as well as considerable attention in Catholic circles. The public conversation about Junia in Mormonism is beginning meagerly, with a number of blog posts, and a few outdated apologetic treatments. If the experience of other churches is any guide, we can expect a greater attention to this text in our own conversation about this topic.

Part of the reason that I expect that this text will become so important is because recent statements from Church leaders and their representatives have framed the question of female ordination in terms of the precedent set by Jesus’s ordination of a male-only ecclesiastical structure. This is in part a historical question, and to the extent that historical precedent is an argument in favor of a male-only priesthood, Latter-day Saints should bring to bear our best historical scrutiny. At the same time, it is an interpretive question, since the historical Jesus did not set up many of the structures which now characterize the modern Church. The status of women in ancient Judaism and especially early Christianity takes on an important role in justifying and articulating the contemporary LDS practice. Along with Phoebe, Prisca, and others, Paul’s discussion of a female apostle named Junia complicates the claim to a male-only priesthood.

In the past few decades, the two traditional objections to Junia’s status as an apostle have finally been definitively settled. For many years a significant debate raged over whether “Junia” was actually “Junias,” a hypothetically male form of the name. However, by the 1990’s the major scholarly editions of the Bible had come to acknowledge that this male form of the name as completely and definitively delegitimated, putting an end to this mistaken reading of the text.

The more serious contention was that, grammatically, Junia may not be “outstanding among the apostles,” but rather that she was merely “well-known to the apostles.” Interestingly, this issue only arose after Junia’s gender had been settled. The argument suggested that the ancient uses of the equivalent phrases pointed to “exclusive” uses where the individual item was an outside member of the compared group. Unfortunately for this argument, the data cited in the study actually proved the opposite case that half of the identical uses of the phrase were “inclusive,” meaning that the individual was considered to be a part of the group. This mistaken study also neglected to consider the evidence of all of the early Christian texts interpreting this phrase which unanimously counted Junia as an outstanding apostle, including John Chrysostom (347-407 CE) whose comment on this passage attests: “How great the wisdom of this woman that she was even deemed worthy of the apostle’s title.” The grammatical challenge to this passage excluding Junia from the apostles cannot be maintained.

Even after establishing with some degree of confidence what Paul meant, the question of how contemporary readers should respond that that situation still requires another degree of interpretation. The ancient context and the contemporary situation must be bridged somehow.

As Latter-day Saints, we face two major interpretive issues for making sense of this text. First, what does it mean that Paul’s usage of the term “apostle” does not correspond to the notion of an all-male body of twelve who direct the affairs of the Church? It would be simplistic to dismiss Junia’s status as an apostle because Paul does not mean she was one of the Twelve. Paul’s usage of the term apostle is not idiosyncratic, but captures an earlier usage before the written Gospels’ restriction and redefinition of the term. Paul does not use the term apostle to refer to the Twelve (1 Cor 15:3-7), but includes such figures as Paul himself, as well as Barnabas (1 Cor 9:5-6); Apollos (1 Cor 4:6, 9), Epaphroditus (Phil 2:25), and Silvanus and Timothy (1 Thess 1:1; 2:7), not to mention Andronicus and Junia. In his hierarchy of authority, Paul ranks apostles over prophets—including the unruly women prophets in Corinth—and prophets over teachers, and teachers over miracle workers (1 Cor 12:27-29). Junia, and all the other apostles outside of the Twelve, suggest a different church structure from that which we know in the LDS church. Paul’s model of apostles as charismatic, itinerant preachers is not likely to be useful in the 21st century LDS church. However, does the fact that alternative church structures exist within the scriptural tradition denaturalize the present as the only conceivable structure, especially in the roles that women played as apostles and prophets in this description?

Second, Paul’s usage of the term apostle is not only different with respect to hierarchy and order, but particularly with respect to priesthood. For Paul, church authority is not sacerdotal. In this way, Junia’s status as apostle does not entail that she held the priesthood. It also means that Paul and the other apostles he mentioned (including the Twelve) did not hold the priesthood either, so Junia’s case is not singular to women. Still, in the LDS context, the coupling of apostleship (and other church orders) with priesthood complicates the use of Junia to address LDS ordination structures. Might Junia present a model of non-priesthood leadership, but which is still equal in status and authority to males? Or does Junia point to the full equality of males and females in ecclesiastical roles?

For Latter-day Saints, modern revelation has always acted as a mediating tool to explain what about the ancient world is supposed to be modeled in the Church. Modern revelation exists as a kind of interpretive lens to discern from the Bible to the point where the biblical meaning can sometimes be fixed based on the authoritative LDS revelation, or at least traditions about the meanings of those revelations.

At the same time that modern revelation constrains the possibilities of LDS interpretation, the Bible has often been the very catalyst for new revelation throughout the LDS tradition. Much of the Doctrine and Covenants resulted from a close reading, and puzzlement over, the meaning and implications of biblical texts, including John 5:29, the book of Revelation, 1 Peter 3:19; 4:6, and others. That is to say, the precedents in the Bible prompt new and fresh catalysts to bring forward revelations. How Junia will figure into this tradition remains to be seen.

October 1, 2014
What Is a "Mormon" Reading of Scripture? Thoughts on Michael Austin's "Re-reading Job"
Next Post

October 23, 2014 Missional and Attractional Mormonism
Recent Comments
0 | Leave a Comment
"For some reason, this article popped up in my feed just today. I can't imagine ..."
trytoseeitmyway The Women Who Enable Abusive Men
"In response to a 2012 atheist billboard I wrote the following about it saying the ..."
DisqusIMO On Mormons and Planets
"Season 4 of Fargo--where Timothy Olyphant plays the Mormon lawman Deafy and Chris Rock plays ..."
xert Mormon ‘Niceness’
"I pretty much wrote the exact same thing about my husband's "bachelor name" back in ..."
Brita Long No, I Did Not Keep My ..."
Browse Our Archives
Related posts from Peculiar People 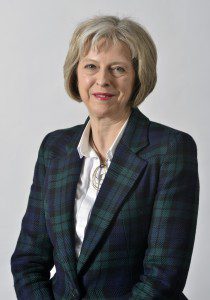 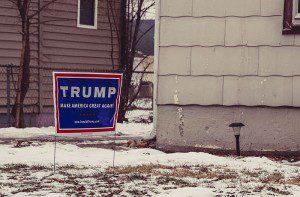