“It seemed to me to be the awfulest moment in my life,” – wrote B. H. Roberts – “my arm was like lead when the motion was put; I could not vote for it, and did not.”¹ But his abstention in the 6 October 1890 General Conference wasn’t taken into account. Both the Deseret News and the Salt Lake Herald coverage stated that the vote to approve the Manifesto had been unanimous, even though many members didn’t raise their arms to support the document:

William Gibson, later a representative in the Utah legislature, voted against it: “I am not ashamed of my action on the manifesto. I voted ‘no’ in the conference. When George Q. Cannon announced a clear [unanimous] vote, I said, ‘All but one, right here.’ We must let Babylon have her way for awhile, I suppose.” The majority of the congregation refused to vote at all when the Manifesto was presented, with the result that Apostle Merrill observed “it was carried by a Weak Vote, but seemingly unanimous,” Joseph H. Dean recorded “many of the saints refrained from voting either way,” and Thomas Broadbent noted, “I thought it A very Slim vote Considering the multitude Assembled.”²

Eighteen years and a second manifesto later, the Official Declaration was discreetly turned into scripture as the very last item of the Doctrine and Covenants, editorially separated from the Lectures on Faith and the Covenants and Commandments (revelations) by an index and a concordance. Somewhat shy, but nevertheless canonical. And despite all accounts to the contrary, it ended with the statement that “[t]he vote to sustain the foregoing motion was unanimous” – a sentence that is still there for most readers of the LDS Doctrine and Covenants today.

The alleged unanimous vote has been edited out of the online English edition of Doctrine and Covenants. I first noticed the change in September last year. An essay published the following month on the Church’s website mentioned the abstentions: “most voted in favor, though some abstained from voting”.

“We are like drowning men, catching at any straw that may be floating by that offers any relief!”, allegedly said Wilford Woodruff on 24 September 1890.³ From the proverbial straw, be it a tactical maneuver or an outright lie, the Manifesto evolved into a perceived revelation. While such idea has been crystallized in the LDS mainstream culture, deleting that small sentence in Official Declaration 1 represents an important move towards greater historical accuracy. On the other hand, it also highlights the slow process through which the Church headquarters makes information available to its members and readers throughout its linguistic periphery. 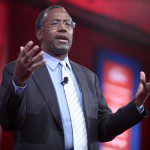 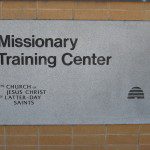