If I left the Church

If I left the Church November 7, 2015 Emily Belanger

The last few days have been less a whirlwind for Mormons, and more a tornado of emotions. The Church released updated policies to local leaders, in an amendment of the official administrative handbook that only leaders typically see. It didn’t take long for former Mormon John Dehlin to leak the updates to the press, following which the Church promptly confirmed the updates to news sources, before remaining silent on the matter for an additional, excruciating, 24 hours. In those 24 hours of silence, many Mormons, including faithful, stone cold sober, temple-recommend-holding members, mourned for the children and families impacted.

In those 24 hours of silence, many Mormons, including faithful, stone cold sober, temple-recommend-holding members, mourned for the children and families impacted.

While Church PR, the apostles and the prophet (assuming his health allowed) all scrambled to craft as perfect a video response as they could, their silence opened the door to speculation from every imaginable corridor of the Mormon spectrum. From Kate Kelly re-echoing her belief that members who no longer find joy in the Church should simply leave, to the Frozen-fearing Well Behaved Mormon Woman blog, which immediately defended the Church’s policy on the grounds of mostly-shaky logic.  And then there were thoughtful posts from believing Mormons who acknowledged their pain as they processed a truly shocking policy, such as the author (and Mormon nursery volunteer) Ashley Mae or my fellow Peculiar People blogger, Stephanie.

In those 24 hours… I saw some fellow Mormons imply that anyone bothered by this policy must not have prayed about it.

Amongst those reactions and posts, a curious thing happened: many of my fellow Mormons became so defensive of the Church that they posted things online that I can only hope they would never say in real life. And people began asking why I even stayed in the Church. I saw friends lump the perspective I was sharing into a perspective only shared by disaffected Mormons and ex-Mormons. I saw some fellow Mormons imply that anyone bothered by this policy must not have prayed about it. I even saw one fellow Mormon say that those pained by the Church’s decision to block children from access to membership were like Laman and Lemuel (Book of Mormon figures who at one point attempt to kill their brother and who create an entire generation of violent nonbelievers).

But if I did leave, it would not be because I chose to be offended. It would be because the people I call Sister and Brother as fellow children of God and fellow members of the Church told me they’d rather I leave than share my worry about these children and families. But I stay because there have been more times when my fellow Mormons have embraced children without question.

If I left, it would not be because, like Laman and Lemuel, I failed to pray or assumed God wouldn’t reveal anything to me. It would be because I prayed and felt confident that the Lord confirmed my decision to leave. But I stay because my prayers confirm that there is beauty and truth in the Church, that it’s the place for me to be.

I stay because, as often as I hear hurtful words toward those outside the Church, I even more frequently hear words of love.

If I left it would not be because I was intolerant of conservative views of fellow church members. I would be because too many of my fellow church members consistently failed to express love toward the children of our Heavenly Parents. But I stay because, as often as I hear hurtful words toward those outside the Church, I even more frequently hear words of love.

If I left, it would not be in anger. It would be in mourning for what I was leaving and with hope for a new path in life. But I stay, both in joy for the beauty that is the Gospel, and in mourning when I hear unkind words in a place that should be a sanctuary for all God’s children.

After all, the worth of a soul is great in the sight of God. 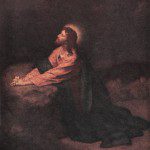 November 6, 2015
How I choose to see the revisions
Next Post 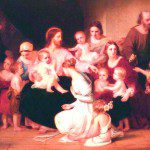 November 7, 2015 I Won't Go to Church Unless Everyone is Welcome
Recent Comments
0 | Leave a Comment
Browse Our Archives
get the latest from
Latter-day Saint
Sign up for our newsletter
Related posts from Peculiar People