Mistakes in Mormonism; or Why the Church Handbook isn’t Doctrine

Let me preface my comments with a few statements. I am Mormon. I’ve been one for my entire life. I believe that the Gospel is true and that it can bring us happiness. I also believe that the Church is led by a prophet, Thomas S. Monson, and that he speaks for God. I am proud of my membership in the Church and wish in no way to disparage it, abandon it, or equivocate as to my beliefs.

That being said, I also recognize that the Church and the Gospel are not the same. The Gospel is God’s restored truth and is perfect, supernal, and comforting. On the other hand, the Church is merely a vehicle for our access to the Gospel, and it is run by people who are imperfect and make mistakes. History reveals that such mistakes have been made by Church leaders in both ancient and modern times. Although this notion may be troubling to us in the Church, it need not be. Rather, it can serve as a means of developing a deeper testimony of the omniscience of God and of coping with contemporary Church stances with which we might disagree (like the new policy on children of same-sex unions).

The Church’s beginnings are rife with mistakes. Take, for example, Paul’s words in Galatians 2:11-12. Here we have Paul recounting how, when Peter came to Antioch, “[he] withstood him to the face, because he was to be blamed.” For what was he to be blamed? Apparently, Peter had been eating with gentiles, but when some Jewish converts to Christianity showed up, he “withdrew and separated himself [from the gentiles], fearing them which were of the circumcision.”

Keep in mind, this came after Peter had received his vision (recounted in Acts 10) in which he was called to take the Gospel to the gentiles. In essence, Peter was acting contrary to a commandment he had received, as Prophet of the Church, which applied to the entire Church. Paul, understandably and justifiably, chastised him. We can assume, given his subsequent presence in “Babylon,” that Peter repented of his mistake/sin and heeded Paul’s counsel, resuming his ministry to the gentiles.

Fast-forward a couple of millennia. The Church of Jesus Christ of Latter-day Saints, which Mormons believe is the restoration of the church headed by Peter, was rapidly expanding under the leadership of its prophet, Joseph Smith. Under Smith’s direction, the Gospel was preached to all, including Caucasians, Native Americans, and African Americans. Many African Americans were baptized into the faith and were even ordained to the priesthood (including Elijah Abel and Walker Lewis). Brigham Young, who would succeed Smith as Prophet of the Church, even described a black priesthood holder as “one of the best Elders.”

In contrast with his admiration of that priesthood holder (presumably Walker Lewis), Young held a decidedly uncharitable view of other African Americans. For example, he expressed disgust (and even a desire for violence) when he learned that Walker Lewis’s son, Enoch Lovejoy Lewis, had married a white Mormon woman and had fathered a child with her. Later, Young appealed to the infamous “curse of Cain” doctrine in an attempt to explain why blacks should serve their “superiors.” At around the same time, in 1852, he announced the notorious “one-drop” rule, under which anyone with African ancestry would be denied the priesthood.

Brigham Young, like many white men and women of his time (including notable abolitionists like Abraham Lincoln and Elizabeth Cady Stanton), was racist. He held views on ethnicity and equality that are incompatible with the Gospel of Christ. Given these views, and the fact that the priesthood had previously been given to African-American men (and is now available to worthy males of all races), I can only conclude that the ban on African Americans holding the priesthood, like Peter’s actions at Antioch, was a mistake; it was policy, not doctrine.

The idea of a prophet – either ancient or modern – making a mistake is troubling to many Mormons. It shouldn’t be. Mormon doctrine has long rejected prophetic infallibility, and a statement in the Deseret News (hardly a bastion of progressive Mormon thought) does a good job of summarizing this concept: “Prophets are not always prophets. And when they are prophets, it’s also important to remember that they are not infallible (or incapable of making mistakes).”

What about the whole “the prophet will never lead us astray” quote that we always hear? Well, we first have to consider what it means to be “led astray.” The author of the above-referenced Deseret News article contends that the quote means that the Prophet will never lead us away from the core gospel principles, namely faith, repentance, baptism, receiving the Holy Ghost, and enduring to the end. Obviously (fingers-crossed!) the Brethren will never have us deviate from these precepts. Beyond that, he contends, it’s debatable.

Although the concept of prophetic fallibility may seem unsettling, it has actually served to enhance, not detract from, my testimony of the Gospel’s truthfulness. The fact that the Church has endured and prospered, despite Brigham Young’s racism, Ezra Taft Benson’s support for the John Birch Society (albeit before he was Prophet), and the Brethren’s support for Prop. 8, shows that God, not man, is at the head of this work. The Church’s success in the face of such troubling realities lets me know that God, in His omniscience and infinite wisdom, is able to work with imperfect people to bring about his purposes.  In truth, the fallibility of the Brethren helps convince me of the power of Christ’s Atonement – His grace has enabled the Church to flourish despite its leaders’ flaws.

As I alluded to earlier, the Church recently announced a change to its Handbook of Instructions which prohibits children of same-sex couples from receiving baby blessings and from being baptized. Although I can understand the Church’s logic behind this, I fundamentally disagree with it. However, the arguments listed above, and the knowledge that the Handbook contains “Church policy and practices, not doctrine,” give me comfort that, despite my strong aversion to this policy, the Gospel is still true and Thomas S. Monson is still a Prophet of God. I hope that, as others come to understand the doctrine of prophetic fallibility, they will be able to derive a similar sense of comfort.

Gary Ashcroft is a third year law student at the University of Georgia. 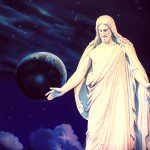 November 10, 2015 These Three Things Are True
Recent Comments
0 | Leave a Comment
"For some reason, this article popped up in my feed just today. I can't imagine ..."
trytoseeitmyway The Women Who Enable Abusive Men
"In response to a 2012 atheist billboard I wrote the following about it saying the ..."
DisqusIMO On Mormons and Planets
"Season 4 of Fargo--where Timothy Olyphant plays the Mormon lawman Deafy and Chris Rock plays ..."
xert Mormon ‘Niceness’
"I pretty much wrote the exact same thing about my husband's "bachelor name" back in ..."
Brita Long No, I Did Not Keep My ..."
Browse Our Archives
Related posts from Peculiar People