Here are five thought-provoking perspectives on Mormonism that I’m glad to have read in the recently released Book of Mormons [full disclosure: my essay is in the book as well, so this borders on shameless self-promotion, but I really am glad to have read the many insightful essays].

The diversity and depth of Mormon experience captured in this volume are a timely corrective to recent black-and-white portrayals in media and in online discussions. Available for a steal at 50% off if you use the direct White Cloud Press link:

Reflects on two “glimpses of Zion” from his experience as a member of Mormon congregations in South Bend, Indiana, and Cairo, Egypt.

“To be clear, neither South Bend nor Cairo was Zion. Far from it. Both failed–and in this they have plenty of company–in effectively addressing, let alone overturning, structural inequalities based on race, gender, wealth, and nationality. Both failed to live up to the standard of having no content, envy, or strife. Both were surrounded by multigenerational poverty but failed to make a dent. But in both of these graced communities I often had glimpses of Zion, all-too-ephemeral tastes of what it might look like to come together “in one, the childcare of Christ” without regard to “any manner of -ites.” But gave me concrete hope that fracture and fissure are not the destiny of human society, certainly not of the body of Christ.” (22)

Delivers a clever and insightful taxonomy of Mormon women’s attitudes toward gender issues, using three women from the Book of Mormon: Sariah (moderate Mormon feminists), Abish (conservative Mormon women), and Morianton’s maid (the most liberal Mormon feminists). Sees diversity of online discussions as both a liability and a source of strength.

“Kate Kelly’s excommunication was widely lamented and caused deep wounds within the Mormon community, partially because pundits on all sides behaved more like partisans than like saints: harsh comments, invitations to leave the church, and comparisons to history’s very worst moments litter online discussions of LDS women’s issues. These voices violate not only the Mormon norm of niceness but also the larger Christian call to kindness.” (32)

Remarks on recent (i.e. post-2012, pre-2015) positive developments in LGBT Mormons’ situations at church, such as a special sacrament meeting in Seattle to which gay and lesbian Mormons were invited and welcomed. Notes that this was a dramatic improvement from past experiences as a gay Mormon.

“Before publicly coming out in 2012, my memories of the discussion of homosexuality in the Mormon Church were not pleasant. I remember guys in my apartment, while attending a Mormon University, talking about how if they had a gay roommate they would ‘beat the crap out of him.’ I sat silently. I was their roommate. I was gay. I remember multiple lessons in priesthood meetings in which ‘the gays” were blamed for the degradation of society and were labeled deviants. I remember lessons in which members o the church bemoaned the sad state of affairs we live in–a world in which gay people exist.” (105)

Raises the question that gay Mormons are often asked: “Why don’t you just leave?” Embraces the answer given by a young woman at the Seattle sacrament meeting: “‘Because I don’t want to.’ In that moment, she says, she realized that she didn’t want to leave. She is gay and she is Mormon. She is both. And she didn’t want to alter either of those parts of her identity.” (106)

“It was as Hermana Kelly, serving a mission in Barcelona, Spain where I came to see the gospel as a gospel of change. As a missionary you are uniquely situated to be closely involved in sensitive issues in the lives of near strangers. People invite you to their homes to discuss God, their loves, their struggles, their addictions, and everything in between. As missionaries, we see the most intimate portraits of the daily lives of people. I had the privilege of bearing witness to monumental change in the lives of many. . . . Witnessing this change changed me.” (110)

Notices the subtle evidence of the significant changes that Carl Bloch made to his painting of The Supper at Emmaus. Wonders whether Bloch was even able to finish the painting to his own liking. Then:

“Even a painting that has undergone significant changes will be seen by viewers only in its current state. The viewer might assume that, from the very beginning, the artist intended the work to look this way, or assume the artist is happy with the piece as it looks in its present iteration. To these viewers, the painting is one thing and one thing only: what it looks like now.

“Similarly, viewers, especially those on the inside, might look at the Mormon church in its current state and assume that, from the very beginning, God intended it to look this way. . . . And yet, even a superficial review of church history proves otherwise.” (149-150) 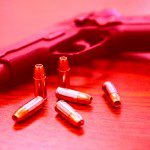 December 3, 2015
The “Thoughts and Prayers” Backlash is Deserved
Next Post

December 16, 2015 No, Mormon Women do not Oppose Female Ordination, and Here's Why That Matters
Recent Comments
0 | Leave a Comment
"Season 4 of Fargo--where Timothy Olyphant plays the Mormon lawman Deafy and Chris Rock plays ..."
xert Mormon ‘Niceness’
"I pretty much wrote the exact same thing about my husband's "bachelor name" back in ..."
Brita Long No, I Did Not Keep My ..."
"I just watched some footage of him. I believe you might be literally right.https://www.youtube.com/wat..."
Wubbsy Jon McNaughton, the Obama Era’s Most ..."
"Funny that he chose to draw Obama when going away and goofing off on a ..."
Wubbsy Jon McNaughton, the Obama Era’s Most ..."
Browse Our Archives
get the latest from
Latter-day Saint
Sign up for our newsletter
Related posts from Peculiar People