On Not Being an Ex-Mormon

I recently had the opportunity to see Jeremy Runnells talk at a café off Main and Broadway in downtown SLC. He was there to talk about his pending church disciplinary court (if you don’t know what I’m talking about, go here), and though I’m glad I went, I have to admit it was a pretty awkward experience for me. From what I could tell, the crowd was overwhelmingly ex-Mormon — which is pretty understandable, given the circumstances — and I am still an active believing member. I don’t think I had ever fully appreciated the vibrancy of the existing ex-Mormon subculture until that event. The speakers (which included John Dehlin of Mormon Stories fame) seemed tapped into a world full of its own ideological consistency. There was a rhythm to the communication. A vocabulary so insular, I may finally know how my non-member friends felt attending all those YA dances I dragged them to. It was a world that I’m simply not a part of.

That isn’t to say, however, that I don’t feel for Mr. Runnells. I don’t know a lot about his situation, but what I do know makes me sad. He’s someone who at one time was a believing member of the LDS church, but has since encountered information that has caused him to doubt. This is not an uncommon story. Not anymore, anyway. I’ve got plenty of friends who are either experiencing this now or have experienced it in the past. I’ve experienced it in some ways myself. To me, whether or not Runnells is a good messenger of Mormon doubt is beside the point. I might not agree with all his assumptions or assessments, but that doesn’t change the fact that how he feels is how a lot of Mormons feel right now. Much like John Dehlin, he represents a growing faction of the Mormon experience. Ignoring that seems silly to me.

But what stuck out to me most about the event wasn’t how foreign I felt, but how familiar that foreignness was. For about as long as I can remember, I’ve struggled to find a place within Mormonism. I don’t want to go into the full history here, but suffice it to say that though I’ve experienced major shifts in my faith over the past few years, feeling out of place in Sunday school is no new thing for me. I’ve grown accustomed to being surrounded by Mormons who don’t share my interests or my perspective. I felt a strikingly familiar sensation as I stood at the back of Cafe at 50 West, listening to Runnells and Dehlin talk. Jokes I didn’t find particularly clever, but felt forced to laugh at. Deeply flawed analogies. Flippant rejections of opposing viewpoints. Distrust of those who don’t relate to their experience within Mormonism. Multiple references to The Opposition (Brian Hales’ name came up more than Joseph Smith’s). Flip the ideological perspective 180 degrees and I might as well have been at sacrament meeting, suffering through a talk on the dangers of intellectualism.

I’ve read some of the CES letter, but not all of it. I don’t remember how it came to my attention, but I remember feeling like it was a pretty frustrating document. If I remember correctly, it’s basically just a big list (80+ pages) of issues in church history that Runnells believes don’t have satisfactory answers. When I tried to read it, I saw it as basically a tool for Internet arguments. When someone’s conservative uncle starts arguing about whether or not the prophet should be followed without question, now people have a handy document they can copy and paste from. I’m not saying that’s what Runnell’s intent was — as far as I understand it, it was simply a letter to someone at CES that accidentally went viral — but that’s certainly what it felt like when I was reading it. I also think there is a case to be made that it has actually muddled constructive discussion about church history more than it’s helped (for a good discussion of this, see this post from our partners in Patheos crime, Faith Promoting Rumor). But despite my relative indifference to the letter, it’s clearly affected the discussion in significant ways.  And when someone has questions, problems or difficulties, I don’t think it’s necessary to require some sort of academic perfection out of them.

But just because I don’t find it necessary to judge someone doesn’t mean I identify with him or her. I’ve completely lost interest in dogmatism in either direction. I don’t know if the Book of Mormon is a historical document, and quite frankly I don’t really care. I’ve read quite a lot about the life of Joseph Smith. Some of it troubles me deeply. Most of it inspires me, pushes me beyond my spiritual comfort zone, and helps me remember how important it is to question and wonder. What I’ve come to realize is that what I just described isn’t good enough for most people. Not good enough for most Mormons, anyhow. A fervent devotion to perfect figures is something that unites the skeptics and believers.

What I also realized during Dehlin and Runnells’ conversation is that to many of the people in the room, I’m probably a major disappointment. I’m aware of just as much of the Church’s dirty laundry as anyone else that was there, in some cases probably even more. I’m disturbed by the church’s attitude toward homosexuality, frustrated by its inability to address matters of race and gender in any substantive way, and I oftentimes find myself feeling spiritually unfed by the correlated church structure and curriculum. But the fact that I identify not only as a Mormon, but a believing one, pushes against the very foundation of what Runnells described as the power of the CES Letter. Anyone who reads this, he explained what seemed to be a dozen times, can’t help but lose their faith.

Well, here I am. Wherever that is.

February 15, 2016
Netflix's Daredevil and The Ghost of Frank Miller
Next Post 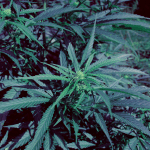 February 17, 2016 What Is Morality in Mormonism?
Recent Comments
0 | Leave a Comment
"I pretty much wrote the exact same thing about my husband's "bachelor name" back in ..."
Brita Long No, I Did Not Keep My ..."
"I just watched some footage of him. I believe you might be literally right.https://www.youtube.com/wat..."
Wubbsy Jon McNaughton, the Obama Era’s Most ..."
"Funny that he chose to draw Obama when going away and goofing off on a ..."
Wubbsy Jon McNaughton, the Obama Era’s Most ..."
"From the OP:What I can’t support, however, is anyone using this new policy as a ..."
Kiwi57 To the People Defending the Church’s ..."
Browse Our Archives
get the latest from
Latter-day Saint
Sign up for our newsletter
Related posts from Peculiar People