Why that Peaceful Feeling? 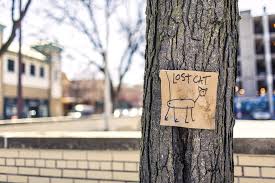 When I was younger, I developed a paradoxical fear of the Holy Ghost. You see, it wasn’t uncommon for me to feel a strong sense of peace just before receiving bad news. Unexpected bad news. The intellectual and academic in me of course looks back and interrogates those experiences. Did I subconsciously respond to some subtle stimuli that foretold bad news? Did I exaggerate the emotional feeling after the fact? And rationally, I can’t deny those possibilities. Memory isn’t sculpted from stone so much as wet clay.

But my present memory of those experiences says that the peace was palpable, a type of peace I hadn’t really experienced outside of those 3 occasions, a calm I couldn’t break, despite my formidable ability to worry about anything and everything. And eventually, given that incredible ability to worry, I became terrified of any peaceful feeling that I perceived as coming from the Spirit, certain it would foretell a new calamity. So I prayed for it to stop, and it did. Again, I can almost hear my fellow intellectuals tsking about confirmation bias and self-fulfilling prophecies.

But that particular answer from the Spirit – peace, reassurance – is so common to the Mormon spiritual narrative that I sometimes wonder why it’s such a common experience. Certainly one possibility is that the answers of peace get over-reported. On many occasions a person might talk him- or herself into a sense of calm, or become calm by the very nature of meditation and prayer and chalk it up to an answer straight from deity. But if I’m going to assert that a deity exists that does, on occasion, answer prayers with feelings of peace, the question still remains: what is the purpose of those feelings?

For instance, take this experience I had last summer – in the process of moving out of state, my husband and I sent our two cats ahead with some extended family that we’d be visiting for a few days before completing our move. The family members placed the cats in a room with an open window. There was a screen in the window, which they assumed would keep the cats inside. Instead, both cats broke loose. One cat ate some grass and returned in time for breakfast (later vomiting the evidence of her jaunt). The other cat went missing for three weeks. In coyote territory.

If you’re not a cat person, maybe that sounds like a minor disappointment. To me, it was devastating. I didn’t just miss my pet. The thought that my young, healthy cat had been killed by a coyote disturbed me – that ending would have meant a lot of pain. The relatives who’d lost her felt terrible about it and helped me search. They put all their neighbors on the look out and borrowed a humane trap. Countless individuals prayed for this animal’s recovery.

And then, about two weeks after my cat had gone missing, when there’d been no sign of her and even my husband and his father, two men given to optimism-verging-on-denial, had admitted defeat, I prayed again. There were some distinct differences to this prayer, but it wasn’t the first time there’d been something distinct about one of these prayers. Still, lo and behold, I finally got an answer. Not the weighty, palpable peace-you-can’t-shake that terrorized my younger days. No, this seemed very clearly like reassurance that my cat was still alive. My husband commented on how much happier I seemed the next morning. Several hours after he made that comment, his parents called to tell us that a neighbor had spotted my cat in their yard. About a week later we finally caught her and reintroduced her to domesticity.

I don’t doubt that memory, but I’ll admit that it bewilders me. What was the point of that answer? If I hadn’t received that reassurance, nothing would have changed in any substantial way. I was going to receive reassurance within hours when someone called to tell me the cat was okay. So if the point was to spare me, why not give that answer sooner?

It’s been almost a year since the cat’s disappearing act, and I wish I’d figured it out by now, but the experience makes just as little sense to my rational brain now as it did back then. The best I’ve got is that it was a learning exercise, something to teach me what answers to prayers feel like, so that I can discern an answer in the future, in some difficult trial when it’s even harder for me to “hear” an answer (see how much spiritual answers terrify me? Already I’m predicting the worst). But if even a tenth of the peace-as-answers-to-prayer stories that other people of faith tell are true, it’s hard to believe they’re all just learning exercises.

Another possible answer is that God just sends that feeling out of compassion, but I’m inclined to believe there’s often a little more to it, given how frequently worshippers report that the feeling of peace was delayed or absent. Perhaps action is an important component. Depending on the context, an answer of peace can cause a person to reverse course or double down on their current plan.

What does any of this have to do with pop culture or politics? Directly, not much. Indirectly, everything. The current state of politics in the US is downright anxiety-inducing, and while it’s probably more anxiety-inducing for liberal citizens, my guess is that there’s a lot of anxiety within every area of the political spectrum. So the topic of peace has been on my mind a lot. And for people of faith who are following the news closely these days, it’s worth considering the role of peaceful feelings in our actions, as well as the role of worry.

Do those feelings serve a divine purpose when they visit us? And how do we ensure that calm feelings don’t backfire? That we don’t justify cruel actions by the fact that we felt peace while planning those actions? Or that we don’t ignore troubling facts simply because we’re not overwhelmed by worry?

July 3, 2017
A Letter for My Someday-Teenage Children
Next Post

September 14, 2017 The religious fervor of progressive (Mormon) social media
Recent Comments
0 | Leave a Comment
"For some reason, this article popped up in my feed just today. I can't imagine ..."
trytoseeitmyway The Women Who Enable Abusive Men
"In response to a 2012 atheist billboard I wrote the following about it saying the ..."
DisqusIMO On Mormons and Planets
"Season 4 of Fargo--where Timothy Olyphant plays the Mormon lawman Deafy and Chris Rock plays ..."
xert Mormon ‘Niceness’
"I pretty much wrote the exact same thing about my husband's "bachelor name" back in ..."
Brita Long No, I Did Not Keep My ..."
Browse Our Archives
Related posts from Peculiar People