Your Bishop Won’t Save You From Abuse 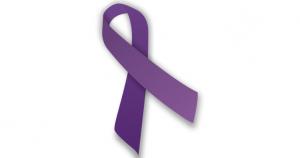 In the wake of revelations about former White House Chief of Staff Rob Porter, another revelation has shocked many Mormons: both wives approached their local bishop – one ex-wife even approached three! But by and large, they did not receive the help and support that they needed. In some cases, the bishop even suggested that the abuse was in some way the wife’s fault, that she could change the situation by being more loving or by improving the spiritual side of their life.

If these revelations about how terribly Mormon bishops often respond to victims of abuse have shocked you, then you have not been paying attention.

These stories are everywhere, if you’re only listening.

Here are just a few that have happened to people I’ve met in person:

Like I said, these stories are everywhere. If you just listen, you will hear them.

Don’t get me wrong – I’m not suggesting that abuse is more common among church members or that the Church intends to condone or support abuse. Abuse blatantly violates every principle of the Gospel and renders the abuser ineligible for a temple recommend. But domestic abuse is prevalent in every secular and religious group, because it is common the world over. Around 1 in 4  American women are expected to experience severe intimate partner violence. For men, the number is 1 in 7, which is also disturbingly high.

But Mormon bishops are by and large grossly unprepared to assess families for abuse.

Why are bishops unprepared? For starters, abuse is hard to assess in the first place. There are a number of myths about it that make it hard to see, even when the signs are all there – many people assume it’s a working class phenomenon, when in reality it hits every socioeconomic group. It’s not uncommon for victims to blame themselves, and it’s also not unheard of for victims to defend themselves during an attack, perhaps leaving scratches or bite marks that a perpetrator then uses as evidence that it really was the victim’s fault.

Also, victims usually aren’t perfect, so victim-blaming is as old as humanity. Remember when Chris Brown brutally assaulted Rihanna and lots of people wanted to know what she had done to provoke him? And when people know and trust the perpetrator, they often go to astonishing lengths to convince themselves that the allegations are false.  Even when they have every reason to know better – my father’s mother was a prime example of this. Not only did she talk my mother out of leaving him during a time where his untreated schizophrenia placed her and her two young children in life-threatening danger. Years down the road, when my mother did file for divorce, my grandmother refused to believe her son had committed any abuse, going so far as to suggest I would go to Hell for claiming otherwise, despite her firsthand knowledge that he had abused younger children when he was a teenager.

Again, this stuff is common.

So what on Earth do we expect to happen when we teach women that they should seek their bishop’s advice about a major decision like divorce, then we call a lay member as bishop who is working 40+ hours already, on top of raising a family, and then give him a mere hotline to call when he suspects one of his friends of abuse? The people on that hotline never talk directly to the victims. They never ask the right questions that a person needs to be trained to ask. They only hear the bishop’s memory of what the victim said, and anyone who has played a game of telephone should know how unreliable that is.

Plus, there are confusing Church policies that open the door to bishops misunderstanding what their role should be when they do learn about abuse. For instance, the Handbook puts abuse of adults (whether sexual assault or other forms of abuse) in the category of serious sins where a disciplinary council is optional. You know what they make mandatory? Same-sex marriage. Apostasy.  I have no idea why abuse of adults is in a lesser category than nonviolent actions that defy Church doctrine.

So should we really be surprised that bishops across the US and the world don’t know how to respond when victims reach out for help? And yes, there are positive stories out there too. And yes, once a victim has decided to leave an abusive spouse, many bishops are fantastic about offering financial assistance and referring the survivor to a Church-employed therapist, free of charge. Before that point, it’s rare that a bishop will provide any real assistance at all, even when he’s trying to help.

Mormon bishops do not have the knowledge or the resources to help, and it’s time we stop pretending that they do. The best they’re usually able to do is slap a bandage on a wound, while the abuser is still there stabbing the victim.

Instead of pretending that bishops know how to help a victim of abuse, we should encourage victims to seek help from organizations that do.

March 19, 2018 Why A Wrinkle in Time Falls Short
Recent Comments
0 | Leave a Comment
"For some reason, this article popped up in my feed just today. I can't imagine ..."
trytoseeitmyway The Women Who Enable Abusive Men
"In response to a 2012 atheist billboard I wrote the following about it saying the ..."
DisqusIMO On Mormons and Planets
"Season 4 of Fargo--where Timothy Olyphant plays the Mormon lawman Deafy and Chris Rock plays ..."
xert Mormon ‘Niceness’
"I pretty much wrote the exact same thing about my husband's "bachelor name" back in ..."
Brita Long No, I Did Not Keep My ..."
Browse Our Archives
Related posts from Peculiar People