Sexism, Judgment Day and Forgetting as a Survival Skill

Patheos Explore the world's faith through different perspectives on religion and spirituality! Patheos has the views of the prevalent religions and spiritualities of the world.
Sometimes, my mind goes through a litany of abuse that I can’t stop. From my father’s intimidation to the men in trucks who ran me off the road making obscene gestures to the men who followed me through city streets swearing at me for ignoring their sexual advances. From my pastor screaming about uppity women daring to go to work to the mechanics who insist I don’t know what I know about my own car. Most of the time, I can’t stop this litany. It’s like a ritual. My mind cycles through the list despite my efforts to turn it off. It doesn’t want to forget. I want to forget.

I’ve long practiced deliberate forgetting as a survival strategy. When something sexist happens to me, I try to recondition my mind by actively calming my body and telling myself that it’s not worth remembering. If I remember every instance of sexism, it will kill me, I reason. I might be right.

I think what’s most disempowering about sexism is not that it happens, but that it happens like a drive by shooting. There’s no way to respond before something inside you is already lying on the ground, bleeding to death. Street harassment is not a public forum, it’s a shooting gallery. I’m the duck. If you’re a woman, or genderqueer, or a minority, you’re the duck.

“I get knocked down and I get up again…” The story of the duck.

This litany of memories I don’t want and can’t train away makes me understand why doctrines about Judgment Day are so appealing. Maybe that’s how they got started to begin with. You face enough injustice in your lifetime and you start to hope there’s somebody else watching. If I could believe there was a deity paying attention to all the abuse, keeping the same list that my memory keeps despite my will, I might succeed a little more in my constant efforts to let it all go. Believe that it would all be avenged.

I don’t believe there’s a Hell waiting for the people who have wronged me, partly because I don’t believe I matter that much. I’ve hurt people myself. Perhaps the only thing that makes sense to me about the doctrine of Hell is that everybody’s supposedly going there unless they get help. Of course, that requires the great Judge of humanity to have the consciousness of the aggrieved victims. Believing that there’s a Hell and that I’m not on the bad side of it requires handing that list of grievances to a deity and trusting him to sentence them to my satisfaction. And to ignore the people who put my name on that list.

If that’s not hubris, I don’t know what is.

I’m glad there isn’t a Hell, really. Most days, when the litany runs through my head, it’s more satisfying to imagine the perpetrators set on fire, but if there was a real-world tribunal for sexism, I’d push for leniency. What I want out of my attackers and oppressors isn’t death, it’s education. I want them to know how badly they’ve screwed up, apologize, and educate other screw-ups like themselves.

I’m never going to see it happen, but maybe it does, sometimes.

Tomorrow morning, I’ll have gone back to forgetting. My church had one thing right: dwell on pain and it’ll drive you mad. So I don’t dwell. I just get sidelined every once in a while by the morbid realization that sexism – that is to say, discrimination, harassment, verbal abuse and the threat of physical attack – is going to follow me to my grave. Living with that reality is too much, so I don’t. I forget it… when I can. And other times, I talk about it.

This is the house that patriarchy built. Christian patriarchy keeps putting up scaffolds and repairing the edifices, plastering over the more offensive parts. This is why it matters that we make the very concept of women’s submission as odious to defend as slavery, acknowledge rape as a violent hate crime rather than a youthful “mistake”, prosecute domestic violence to the extent we’d prosecute an assault by a stranger on a celebrity, and silence those who would use religion as a platform for gender-based hatred. This is not the world little girls deserve to inherit.

…I get knocked down. 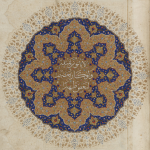 April 2, 2013
A Sober Second Look writes about Islamophobia
Next Post