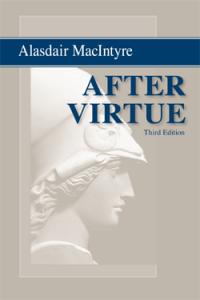 On Wednesday morning, my first session was a lecture on two important Catholic philosophers: Jacques Maritain and Alastair MacIntyre. Both were former Communists who adopted a philosophical position deeply influenced by Aquinas. Both have been very influential in Catholic circles. Yet they are very different figures.

The speaker, Carrie Gress, described Maritain’s approach as the “mountain” and MacIntyre’s as the “valley.” Maritain has a grand vision of society, including advocacy of world government. He was deeply concerned with questions regarding the nature of the human person and human rights, and helped put together the UN Declaration of Universal Human Rights in 1948. He deeply influenced both Paul VI and John Paul II, and in general was a major figure at Vatican II, although he became disillusioned with the course of events after the Council.

MacIntyre, on the other hand, focuses on local communities and on the ways that virtue is shaped by particular practices and traditions. His ideal community is not a world-wide democracy but a fishing village in which people know each other. Gress argued that both visions are valuable and have particular strengths and weaknesses. In particular, she suggested that MacIntyre’s vision of the world would lead to a situation in which local communities had little protection from war and instability, but that in MacIntyre’s view this would provide occasion for virtue. (I’m not sure that’s how MacIntyre would put it, myself.)

As the Q & A reflected, neither of these figures exactly reflects the ideology common at AU: one questioner claimed that Gress was offering us a choice between “naivete and nostalgia.” I myself am pretty solidly on MacIntyre’s side, but Gress’ talk made me want to explore Maritain as well. Also, she is, like myself, a homeschooling parent with a Ph.D.!

June 17, 2016
Acton part 2: A Sufi entrepreneur on how to end poverty in Africa
Next Post 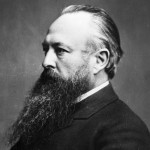 June 29, 2016 Acton 2016: continuing my economic education
Recent Comments
0 | Leave a Comment
Browse Our Archives
get the latest from
Best of Patheos
Sign up for our newsletter
POPULAR AT PATHEOS Faith and Work
1

A Caring Critique of Alan Hirsch’s...
(re)integrate
Related posts from The Pickled Pencil 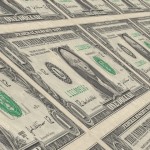 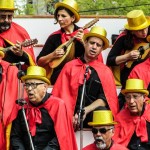