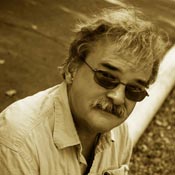 Gus diZerega is a Gardnerian Elder with over 25 years practice, including six years close study with a Brazilian shaman. He has been active in interfaith work off and on for most of those 25 years as well. He has conducted workshops and given presentations on healing, shamanism, ecology and politics at Pagan gatherings in the United States and Canada. He is the first Pagan blogger for Beliefnet. His first Pagan book Pagans and Christians: The Personal Spiritual Experience won the Best Nonfiction of 2001 award from The Coalition of Visionary Resource. His second, Beyond the Burning Times, is a joint Pagan and Christian authored book discussing relations between the two religions. He is completing a new book: Faultlines: The Sixties the Culture Wars and the Divine Feminine. This will argue the US’s current political and cultural struggles reflect a four-way division between “traditional” religion, liberal and “Baconian” secular modernity, and spiritual traditions that have gone beyond the modern paradigm.