Should Statues Be Removed and Destroyed?

Should Statues Be Removed and Destroyed? July 6, 2020 Guest Contributor

The political and religious life in America is so heavily loaded with questionable actions and attitudes that it risks generating more chaos and instability. Statues are destroyed, properties are vandalized, people are beaten, victimized, and even killed. I am sure that among those who express their discontent through acts of vandalism and violence are many Christians.
Should Christians express their discontent by removing and destroying statues? My answer is “no,” a firm “no.”

From a historical point of view.

A statue is just a historical artifact and nothing more. People do not venerate or worship historical statues. Indeed, it is unfortunate that most people even do not care about them. But people are supposed to learn from statues and from the past in general. And while some say that these statues reflect a questionable history and past morally—as Annette Gordon-Reed, a Harvard historian, estimates in an article posted on Facebook: Which is very true, it is also true that a substantial part of what we learn from the past, from history and statues, comes to us negatively. That means that, instead of learning from history what to do, it mainly tells us what NOT to do. In other words, history tells us, even in positive cases, of people’s weaknesses, failures, and mistakes. In most cases, we learn about people animated by selfish desires, greed, and contempt for people. The “gold” and bravery of history is almost always mixed with questionable acts morally.

For example, the first president of the United States, George Washington, refused to include black people in his army. He changed his view for practical reasons, not because his view of blacks had changed in the meantime. At his death, he still owned 277 slaves, who were supposed to be freed only after the death of his wife. When I first learned—and then taught—this, I was very disappointed. However, this lesson of history only reminded me something that I had already known: people, regardless of their color and social status and power, are self-centered and ready to change themselves according to the direction of the wind. It also reminds me of what not to do and that I must be different from those who change their values according to selfish desires and interests.

Does it mean that we should remove George Washington from history? He had played a significant role in the War of Independence, and he was America’s first president. Does it mean that we remove whatever we do not like from history because of its questionable character? No, of course not. We learn from it, whether positively or negatively. If we deal with negative cases, we critique and expose them, learn from them, and try not to repeat the mistakes of the past. They tell us about who our ancestors were, about their successes and mistakes, and yes, in a significant part, about who we still are. Regardless of our talk about justice, we are still learning about how to deal with ourselves, with our failures and hidden and questionable desires.

The removal of statues tells us about ourselves, about our hatred and undomesticated impulses, and about our inability to enact change without causing anarchy and discontent. We reply to injustice with violence, but violence begets violence, not peace and unity. Why can’t we protest peacefully? Do we want revenge? It has never been a weapon that promoted peace, unity, and justice. It has been a weapon in the hands of those who have wanted a new order, which is a questionable enterprise. I am not against a new and better order of justice and unity, but I am against the way some people try to achieve it.

History teaches us that the big changes and revolutions in history did not change anything substantial: an old form of power and domination was replaced by a new one, as Del Noce’s The Crisis of Modernity argues. While I am not saying that there were no changes—especially in technology and sciences—because there were, I am saying that they have been superficial: injustice is still a huge issue that pervades the core of our society. The injustice of the past—ancient, medieval, and modern history—has been updated to the current social and political conditions of society. I am for change and against any kind of discrimination, but for a peaceful change guided by love, justice, and reason.
If not, the next step would be the removal of anything we do not like from history and Western civilization. But that would be a very selective and biased act since most history is tainted with injustice and discrimination. Who are those who are just and capable to tell people what we should learn and what we should not? Should we expect another form of domination? Each system—e.g., political, social, religious—have tried to convince people of its good intentions of unity and justice, but no one has been able to create a society animated by justice? How the use of violence and hatred will usher society into a new era pf justice is very unclear to me.

Our Western tradition is far from being characterized by justice and unity. It is, however, our history: a mirror that tells us who our ancestors were and who we are. We must try to change our society into a better one, but we do NOT remove it; as already mentioned, it confronts us by reminding us of who we really are. And we learn from it, either positively or negatively: we take what is good and criticize and reject what is questionable. Those who are mindful and care will try to change themselves, but we do NOT remove history. It is our tradition, as it is, good and bad. We are, with our successes and failures, its products, and heirs—those who refuse to see that refuse to deal with their own failures and errors. Since we do not remove our parents, despite their weaknesses and errors, we do NOT remove a tradition that has given us meaning and life. Since the statues and properties are not intrinsically bad, we do not remove and destroy them. They teach us, and it depends on us whether we practice what we learn.

From a religious/Christian point of view.

We do not remove statues and destroy properties; we remove the passions and inordinate desires of the soul. The world and society are relative to the Christian. Ideally, the society must be changed according to the image of God’s kingdom, but the Christian realizes that he/she cannot rely on it because its values are opposed to God’s principles and values. Jesus did not destroy anything which belonged to the secular world. According to Him, “out of the heart come evil intentions, murder, adultery, fornication, theft, false witness, slander. These are what defile a person.” (Matthew 15:19-20) In addition, Jesus’s attitude toward the secular world was one of “critical distancing,” as Walter Pilgrim calls it in his Uneasy Neighbors: Church and State in the New Testament. While he criticized the injustice of society fiercely, he was not a political revolutionary. In fact, His silence before his oppressors is remarkable and a model for us to follow. Silence—which inspired Mahatma Gandhi and Martin Luther King—is a much more powerful form of protest. Sustained and silent protests could be a more powerful and effective form of protest because they expose the oppressive system in a peaceful and loving way.

Any real change comes from inside, which then changes the environment around it. So, our first business is with ourselves. If we changed ourselves, we would live in a more peaceful and just world. While a statue can teach us about history, which can be very helpful to a Christian, the Christian is looking for a meaningful change that affects the inner and spiritual structure of society.

The removal of statues leads us to think of radical changes. John Chrysostom’s sermons and Libanius’s speech about the removal of pagan statues by monks in the fourth century tells us about the fall of the ancient world and the beginning of a new society, that is, the “Christian society.” And the French Revolution, with its radical opposition to tradition, tells us about the beginning of a new worldview that, in the name of justice, destroyed everything that had seemed suspicious and perceived as an opposition. Its obsessive desire to de-Christianize France led to chaos and anarchy that proved fatal; while it remained a tragic event followed by more destruction brought by Napoleon Bonaparte, only some of its noble ideals have remained alive in the hearts of people today. These events—and many others—brought changes, but they were not substantial changes: they changed the existent forms of injustice with other forms of injustice, they did not remove it.

The question is, is the removal of statues, violence, and the acts of vandalism the positive signs of a new era of progress and justice? I have serious doubts that any desire and/or movement of change that relies on violence and hatred can bring substantial changes in justice and peace. History teaches us that it is an unrealistic view, considering that we live in a world with different people and values. Why vandalism would work this time, I do not understand?

Change comes from inside.

Change begins with ourselves and with our immediate contexts: home, church, school, work, and community. But how can we fight for justice when we do not promote justice in our immediate environment: home, church, school, work? How do we want to heal the body when most vital internal organs are bleeding? Is it another cosmetical change, one that gives people the impression of change? Injustice is an internal issue that pervades the social body of America and will not change with violent protests and hatred. Before changing our community and society, we must remove the infirmities and the inordinate desires of the soul. By changing our immediate environments, we would gradually change America. Why do we not do that is a question that exposes each one of us.

About Gavril Andreicut Ph.D.
Gavril Andreicut Ph.D. is a Romanian recently naturalized in the U.S. He is a historian and theologian who teaches in the Department of Religious Studies and Theology of Saint Xavier University in Chicago, Illinois. You can read more about the author here.
Previous Post

September 15, 2020 The Presidential Election and the Worst-Case Scenario for Investors
Browse Our Archives
get the latest from
Politics Red
Sign up for our newsletter
POPULAR AT PATHEOS Politics Red
1 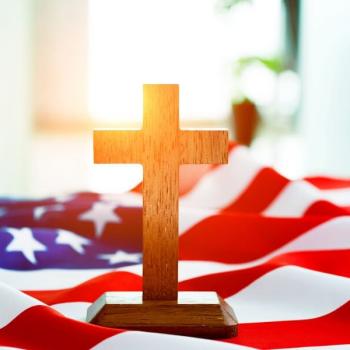 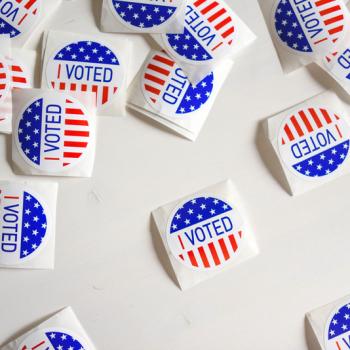 Politics Red
The Presidential Election and the Worst-Case Scenario for...
Politics Red 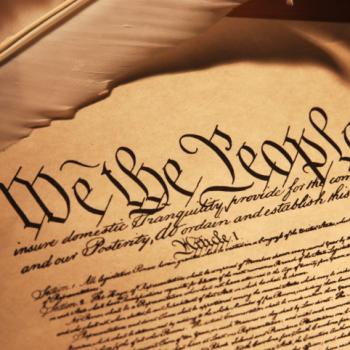 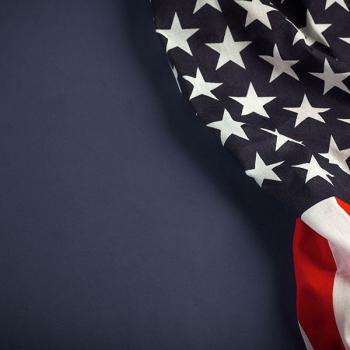