In What State Do You Reside? Justified?

Sorry Snoopy, Linus is right; at the judgement there will be no in-betweens, only the just and the un-just.

Latter-Day Saints believe they must eventually become perfect. This belief comes partly from logic–God certainly cannot tolerate sin; and also, scripture, “ye cannot be saved in your sins” (Alma 11:37). That verse sounds like we must become perfect. And if that’s what it means, then obviously only those with extraordinary self-control will be saved. Recognizing that no one attains perfection in this life, LDS believe they can continue improving in the spirit world.

But there may be a complication with that “two-lifetime” improvement plan. Just moments after Amulek said we can’t be saved in our sins, his companion, Alma said, “whosoever dieth in his sins, as to a temporal death, shall also die a spiritual death; yea, he shall die as to things pertaining unto righteousness” (Alma 12:16).

So, at first consideration it seems like we have an insolvable problem; Amulek said, to be saved, we cannot be in our sins, and Alma said, to be saved, we cannot die in our sins. Well, if we can’t conquer our sins in mortality, but cannot die in our sins, isn’t that a problem? In order to resolve this, we need to recognize that when Amulek said Christ cannot save men in their sins, he assumed we understand that it’s forgiveness, not self-perfecting, that solves the problem. At the final judgement each of us will have either been forgiven–the just, or will have missed the opportunity and will still be in his sins–the unjust, (as taught by Paul, Matthew, Alma, and, uh, Linus).

We learned in the previous segments that the scriptures contain many examples of a redemptive event where one humbly asks for and receives a remission of all sins, resulting in a change of nature and a change of status. Only a forgiveness event during mortality solves both problems: that we cannot be saved in our sins, neither can we die in our sins.

If you have courageously trudged through these segments and tried to understand these things, you may have reached a point of cognitive dissonance–which has been described as the mental discomfort of deciding between two conflicting beliefs. Cognitive dissonance is like buying new furniture, you bring the new furniture home, and see how it fits with the old furniture, and if the new and old clash, then you must decide which stays and which goes.

Well, here is another piece of “furniture”: the subject of this segment is Justification. Many people think justification is complicated–it’s not, but you may have to re-arrange some furniture. John Wycliffe chose the perfect word for this principle. Just like liquified means to be made liquid, and petrified means to be made stone, justified means to be made just, more precisely to be declared or decreed just–even though we really aren’t. It means we are declared compliant with laws that, well, we haven’t really complied with–being pardoned for sins we have not yet conquered.

Can you see that what we just described is nothing new at all–it’s a forgiveness event; being justified is simply forgiveness, but from a legal viewpoint; being declared just pardons us from the penalty of justice. So, justification is a simple concept, but oh, so hard to accept.

The apostle Paul tried to explain this principle to the Romans, Galatians and Ephesians–it was difficult for them to accept. A pardon for sins we are still committing is simply, well, unbelievable. And yet it’s true. And the scriptures teach it everywhere, often referring to our change of “state” rather than using the word justified.

This change of state is exactly what Alma experienced, “all mankind…must be changed from their carnal and fallen state, to a state of righteousness, being redeemed of God, becoming his sons and daughters… unless they do this, they can in nowise inherit the kingdom of God” (Mosiah 27:25).

Does becoming one with Christ and his righteousness mean that we immediately become personally righteous? No. Even after being declared just we will still sin. And that’s why people think justification is a mysterious doctrine–how on earth can we be declared righteous when we are not righteous? It’s not mysterious–it’s just, amazing grace. When Jesus declared the publican justified, and declared Alma “changed to a state of righteousness,” did the weak publican and the sinful Alma suddenly become the only humans to never sin again? No, of course they sinned again, but sin was not imputed to them (2 Corin 5:17-19; Romans ch 4).

Our “old furniture” concept is that we must overcome our sinful natural man through lengthy self-improvement–making ourselves “just.” But the scriptures teach that the terms “natural man” and “in your sins” are synonyms of our fallen state; those terms simply refer to our state prior to being reborn and redeemed.

Why does Christ use the word “state” rather than just saying we are righteous? Because we are still sinning! That is the unbelievable part, that we can be accounted as righteous even though we aren’t! “not having mine own righteousness, which is of the law, but that which is through the faith of Christ” (Philippians 3:9). “wrapped in the robe of His righteousness” (2 Nephi 4:31; 9:14). Paul describes it as a “gift of righteousness” (Romans 5:15-21; 3:21-28).

I realize how foreign these conclusions sound–being declared righteous when we are not, being forgiven for sins we are still committing–that’s just ridiculous. Who would do such a ridiculous thing? Christ would; He is that generous–that ridiculously gracious. First, He changes your state, and then He changes you.

About Vardell Taylor
Vardell Taylor was raised in the LDS church but followed a familiar pattern of inactivity before returning to the church at nearly 30 years old. At age 58 he experienced something he didn’t even think was possible–being forgiven and changed by Christ. Since then, 2013, he has written a book about his experience and has tried to minister the good news to anyone patient enough to indulge him. He lives in West Jordan, Utah with his wife. They have four married children and 18 grandchildren. He still works in the same business that he started with 49 years ago, and still loves to hunt, fish, play golf, and testify of Christ–oh, and long walks on the beach. Vardell would welcome your thoughts and comments. vbtaylorfam@hotmail.com You can read more about the author here.
Previous Post 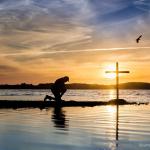 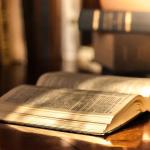 February 11, 2022 How Many Commandments Must We Keep?
Browse Our Archives
Related posts from Posts of Great Price 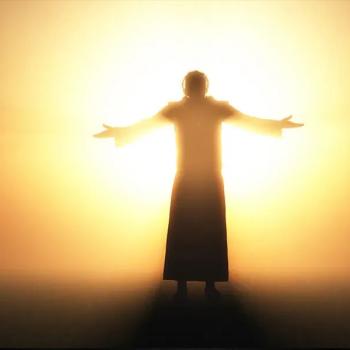 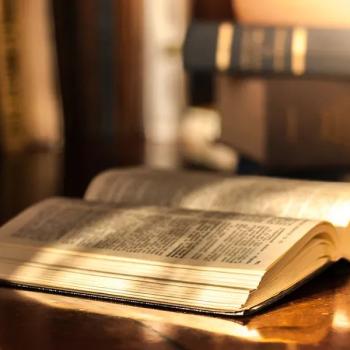 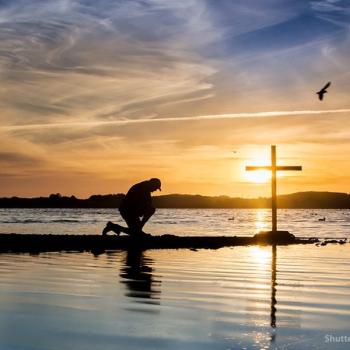 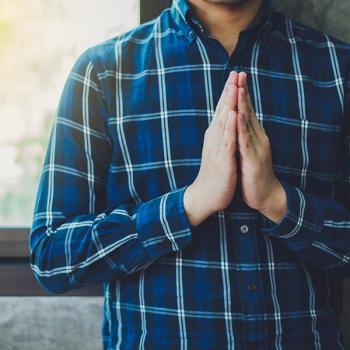 Be Informed by Your Faith or Spiritual Tradition,...
Mr. Rogers and the Dalai Lama are great examples of faith leaders...
view all Latter-day Saint blogs
Copyright 2008-2021, Patheos. All rights reserved.
Close Ad