After outraged Muslims accused Katy Perry of blasphemy, her new music video “Dark Horse” has been edited to appease her angry Islamic critics.

Muslims accused Perry of blasphemy and insulting Islam because at one point in her music video a man wearing a pendant with the word ‘Allah’ written in Arabic is zapped by Perry, and disintegrates. In the censored version the religious symbol is edited out. 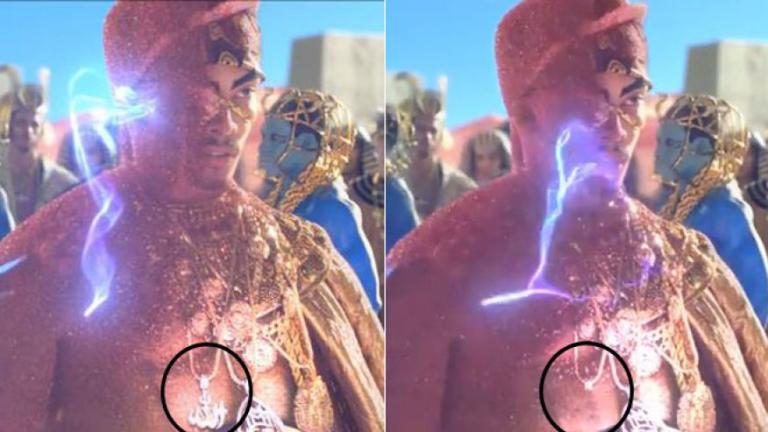 In the light hearted, pop video, Perry plays a campy Egyptian queen who rejects suitors by zapping them with lightning and turning them into sand.

Offended Muslims began a petition at change.org  demanding YouTube remove the video. The petition received over 65,000 signatures. After the video was edited to remove the supposedly “blasphemous” scene, the originator of the petition declared victory, issuing the following post:

Guys I’m thrilled to let you all know the name of Allah has been removed from the ‘Dark Horse’ video we couldn’t have done it without everyone’s support so I thank each and every one of you deeply, our voices have been heard! God bless you all

On the surface, the whole thing is rather silly. In the big scheme of things, a brief moment in a Katy Perry video is of little import. However, this kind of censorship does point to a dark and sinister problem facing the West. The fragile religious feelings of some Muslim extremists threaten our freedom, and that is not right. To allow a few religious extremists to impose their religious sensibilities upon the rest of us is morally and intellectually repugnant.

For more on the story see Muslims charge Katy Perry with blasphemy.

The edited incident occurs at 1:15 of the video. 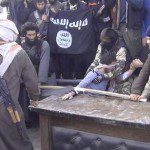