Some Christian extremists are advocating for the reinstatement of blasphemy laws in order to punish Bill Maher for his recent remarks describing God as “a psychotic mass murderer” and a baby killing tyrant.

Right Wing Watch reports a new column posted on Matt Barber’s BarbWire website suggests Maher be publicly whipped and physically punished for the so-called blasphemous remarks he made on the March 15 episode of his HBO series Real Time.

In a post entitled “Bill-Asphemy: Does Maher Deserve A Whipping For Slandering God?” Christian extremist Tristan Emmanuel argues that it is time for Christians to demand the reinstatement of blasphemy laws. Emmanuel writes:

There was a time when a generation of believers actually believed in defending the honor of God and would have done just that — condemn Maher.

Back then Maher would have faced stiff penalties for his slanderous crimes against God and country.

Emmanuel references the 1697 Act against Atheism and Blasphemy from the Massachusetts Bay Colony as an example of how America once dealt with the likes of Bill Maher:

“Be it declared and enacted by the Lieutenant Governor, Council and Representatives, convened in General Assembly, and it is enacted by the Authority of the same, that if any person shall presume willfully to blaspheme the holy Name of God, Father, Son, or Holy Ghost; either by denying, cursing or reproaching the true God; his Creation or Government of the World: or by denying, cursing, or reproaching the holy Word of God… everyone so offending shall be punished by imprisonment, not exceeding six months, and until they find sureties for good behaviours; by sitting in pillory; by whipping; boaring thorow the tongue, with a red hot iron; or sitting upon the gallows with a rope about their neck; at the discretion of the court…”

Emmanuel goes on to lament a 1952 Supreme Court decision in which the court ruled blasphemy laws are unAmerican and unconstitutional: “It is not the business of government in our nation to suppress real or imagined attacks upon a particular religious doctrine, whether they appear in publications, speeches or motion pictures.”

Emmanuel concludes with what no doubt he finds to be an ominous warning, although reasonable individuals will find find his over the top rhetoric comical:

But mark my word, a day of reckoning is coming. God is very clear. Exodus 20:7 “You shall not take the name of the Lord your God in vain, for the Lord will not hold him guiltless who takes His name in vain.”

If we are unwilling to hold blasphemers accountable, the almighty judge of the world will.

Emmanuel makes it clear he wants to bring back blasphemy laws, and is angry at any Christians who do not share his draconian position. And the sad fact is, there are many American Christians who would gladly abandon their freedom and the protections guaranteed by the U.S. Constitution in favor of a Christian theocracy.

Clearly, Emmanuel, and the Christian extremists who share his fantasy of a Christian theocracy, replete with blasphemy laws, are deeply confused about what it is to be an American.  Indeed, technically speaking it would appear to be impossible to “reinstate” or “bring back” blasphemy laws in the United States, since the the First Amendment prevents any such prohibition against free speech.

Currently it is dangerous in many parts of the world to express the simple fact that there is no convincing evidence for God, or to even draw a picture of a certain holy figure. Such a state of affairs is at once both intolerant and intolerable. Blasphemy laws are an affront to humanity, and should be repugnant to all good people, even Christian extremists. 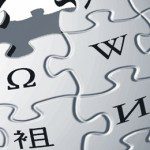