Atheists compose less than one percent of federal prison population

Good without God: One thing missing from federal prisons is atheists. According to recent numbers atheists compose significantly less than one percent of the federal prison population.

A 2013 report released by the United States Federal Bureau of Prisons shows that 0.07 percent of the federal prison population (approximately 218,000 prisoners) identify as atheist.

The  information was obtained by Friendly Atheist blogger Hemant Mehta via a freedom of information request. Previous estimates had put the numbers of atheists in federal prisons at around 0.2 percent.

“In reality, that number could be even lower. Seeing as how 17 percent don’t identify with any religious preference, this could mean more don’t believe in God(s) but choose not to identify as atheist.”

No matter how you cut it, atheists compose an infinitesimal fraction of the federal prison population. The question is begged: Why? Why are atheists so underrepresented in the criminal population? Given the fact that approximately 10 percent of Americans are atheists, why is only 0.07 percent in federal prison?

One reason for the low representation of atheists in prison may be that atheists tend to be well educated and enjoy a higher than average socioeconomic status, while federal prisoners tend to be less educated and poorer than the average American.

And there should be little doubt that socioeconomic factors, as well as race and education, play a significant role in determining who winds up in prison.

However, these factors alone cannot account for the numbers. It may be that atheists do the right because it’s the right thing to do, and not because of some promise of eternal reward for good behavior, or threats of eternal punishment for bad behavior.

It may be that atheists simply have a stronger moral compass than theists. After all, for Christians, Jesus is a metaphysical get out of jail free card, confess your sins and all is forgiven.

According to Christian doctrine, an individual can rape, kill, steal, and engage in all manner of criminal activity, and in the end all will be forgiven, as long as the criminal accepts Jesus as savior. An atheist has no such metaphysical luxury: an atheist is responsible for his or her actions, and no imaginary god can offer absolution for criminal conduct.

In the end, the numbers offer a potent argument against any theistic claim that morality is dependent upon, or enhanced by, religious faith. Indeed, the opposite would seem to be true: Those who are good without god, are more likely to be good. 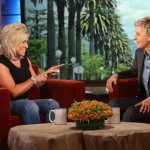 April 6, 2014 The Internet: A remedy for religious superstition?
Recent Comments
0 | Leave a Comment
Browse Our Archives
get the latest from
Progressive Secular Humanist
Sign up for our newsletter
POPULAR AT PATHEOS Nonreligious
1